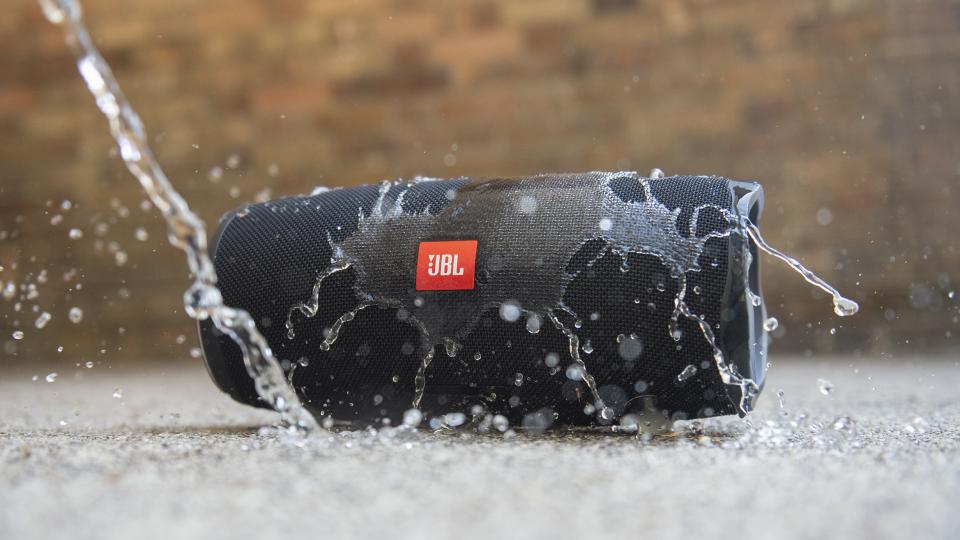 With great sound and a versatile design, this is the best outdoor speaker of the summer

We love JBL’s cylindrical range of Bluetoth speakers, especially the bigger boxes. They kick out a huge sound, are protected against the elements, include big batteries for long playback times away from the mains and don’t cost the earth. This deal sees the JBL Xtreme 2 reduced to a ludicrously low £149; you won’t see a better Bluetooth speaker deal this Black Friday.Currys PC WorldWas around £200Now £149Buy Now

Having a waterproof speaker has its advantages. Even if you’re not into watersports or regularly hitting the pool, an all-weather-proof speaker is much more versatile than the regular plug-in speaker that you have sitting by your living room sofa.

There are only a few companies on the market that really offer such a thing, and JBL is among one of the most prolific. The company took it one step further with the original Xtreme by throwing in a handy carry strap, so that you could rock a speaker wherever you go. The all-new Xtreme 2 is the company’s second take on a portable, yet powerful sounding Bluetooth speaker.

JBL Xtreme 2 vs Xtreme: What you need to know

The older Xtreme has a 70Hz cut-off, whereas the newer Xtreme 2 on review here cuts off at 55Hz. That might seem like a minor difference on paper, but in reality, that extra 15Hz make all the difference; especially if you listen to bass-heavy songs. 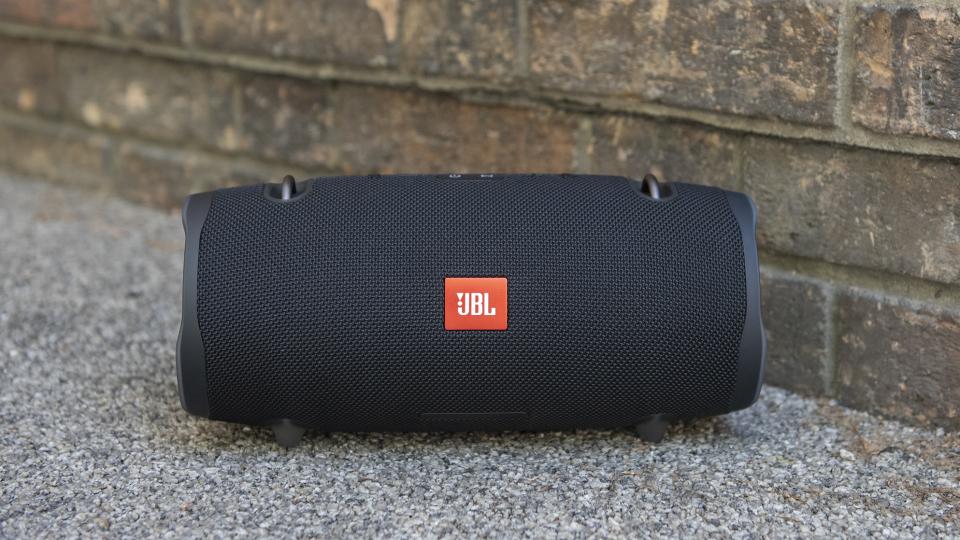 The Xtreme 2 costs £235. That’s a mere £35 premium on its predecessor. It’s not short of competition, though, with its closest rival the UE Megablast, which currently costs just £180. The UE speaker has the same features (other than JBL Connect+) and comes with Amazon Alexa built-in, too.

It’s also worth considering JBL’s larger offering, the Boombox at £400. As the name suggests, the Boombox has a chunky bar for easy handling and a thunderous bass response. 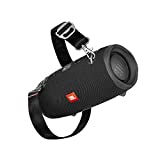 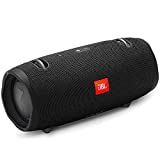 The Xtreme 2 is a tank of a speaker. Not only is it IPX7-certified, which allows it to be submerged at a depth of 1m for 30mins, but it also has two metal bars that allow you to hook on the bundled strap. Why should you care? Well, if you’re looking to take the 2.4kg speaker that measures 136 x 288 x 132mm in size with you, you’ll find its inclusion useful. Here, the strap-hook combination makes it a lot more versatile. Oh, and the strap’s buckle doubles up as a bottle opener. Legit. 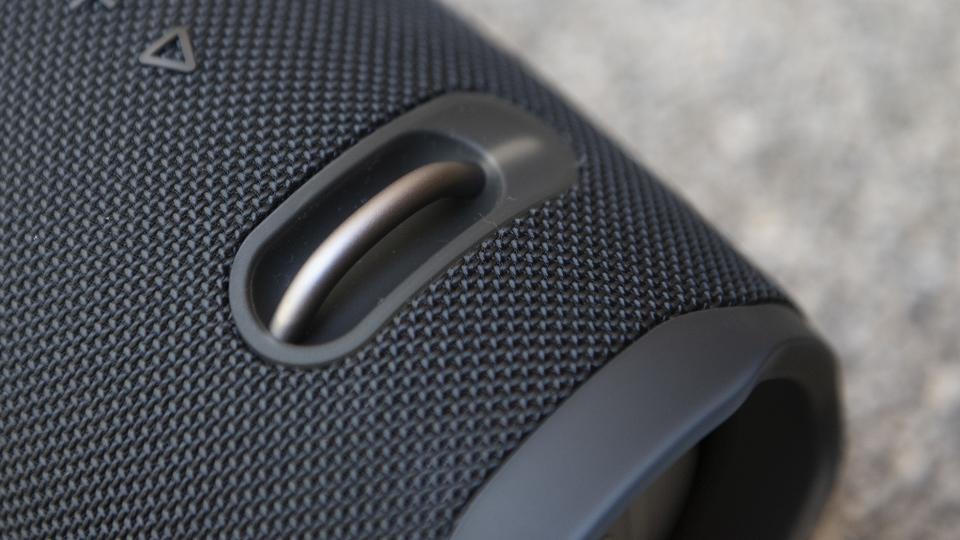 Much like its predecessor, the Xtreme 2 is protected by a fabric mesh. It’s available in three colours: Black, Ocean Blue and Forest Green. There’s a large JBL logo at the front of the speaker, while at the top there are six physical buttons, two of which are illuminated – Power and Connect+. The Connect+ is an upgrade over the previous iteration; you’re now able to pair up to 100 JBL Connect+ enabled speakers, in the unlikely event that needs demand.

Around the back, JBL has rightfully ditched the zip-like design, as found on the original Xtreme. Instead, the rear ports are protected from water via a rubberised pop-out panel. Prise this aside and you’ll find a 3.5mm headphone jack, a DC coaxial output, a USB port capable of fast-charging your smartphone and a microUSB port the sole purpose of which is for servicing. 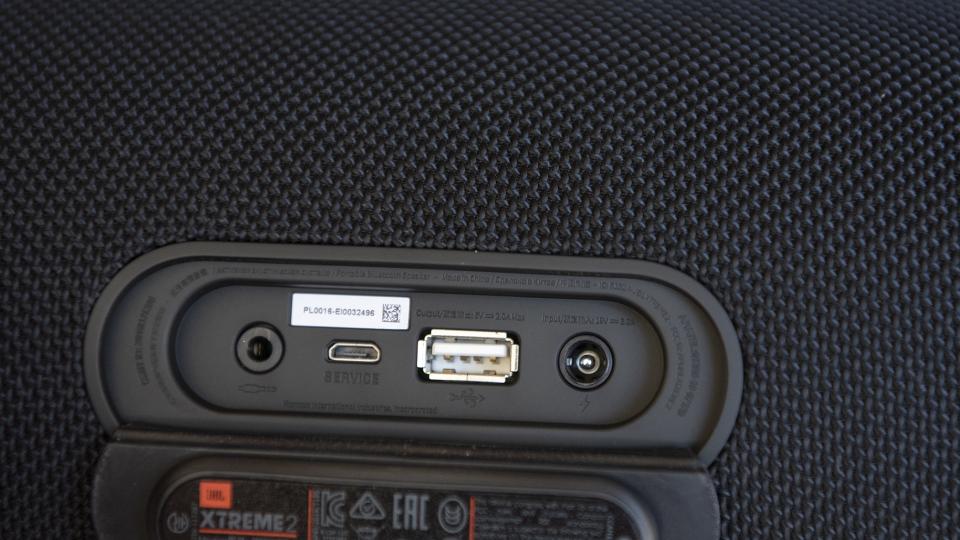 As for wireless connectivity, the speaker connects via Bluetooth. Its range sits at around 20m in clear-line of sight of your connect device. Battery life isn’t bad either at around 15hrs playback time, and the Xtreme 2 takes around three and a half hours to charge. Unfortunately, there’s no Wi-Fi connectivity, which means no Amazon Alexa or Google Assistant to answer your every call. That’s a slight shame when the Ultimate Ears Megablast comes with Alexa built-in.

It’s also worth mentioning that the Xtreme 2, like its predecessor and the Boombox, doesn’t support the Bluetooth aptX codec, so you won’t get CD-quality playback via Bluetooth.

JBL has a knack for fun-sounding speakers, which more often than not, have a punchy bass and a warm sound signature. The Xtreme 2 somewhat breaks that trend – it still has that healthy bass punch that you’d expect from a JBL-branded device, but it also has a surprisingly good mid-range.

See, both the JBL Boombox and its predecessor both suffer from a heavily recessed mid-range, which means vocals often sound pushed back. The Xtreme 2 has much more forward-sounding mids. They’re still a tad pushed back, but nowhere near the amount I was expecting. 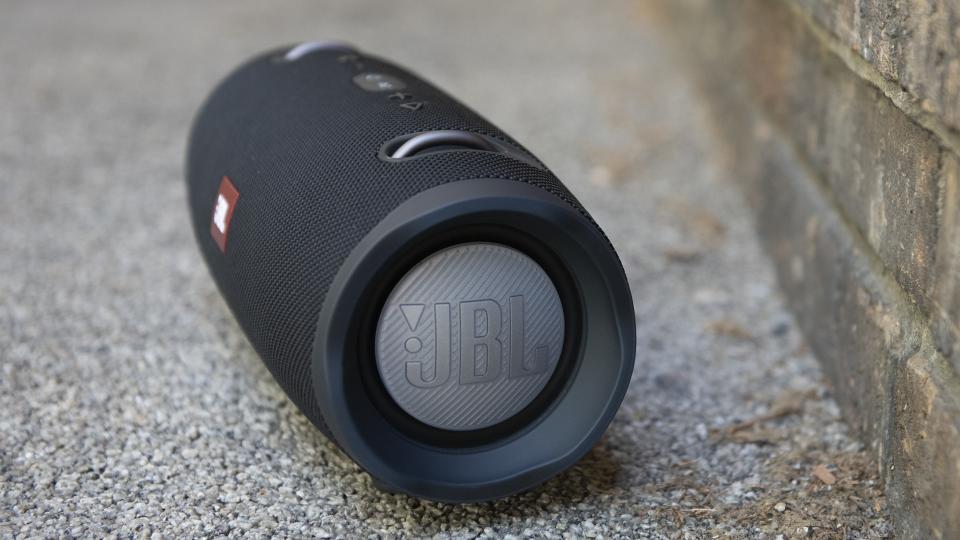 The speaker shines in songs such as Trey Songz’s “I Need A Girl”. Songs of this nature, that have vocals and a punchy bassline are often a test to a speaker, and it’s with tracks like these that the JBL Boombox struggles to reproduce engaging mids. That’s not the case for the Xtreme 2; it’s engaging, makes the song feel alive and yet preserves a colourful sound.

As for the bass tones, the Xtreme 2 impresses. It has a strong, punchy mid-bass with plenty of control, and a sumptuous sub-bass extension. It’s by far better at reproducing both qualitative and quantitative bass than its predecessor. Surprisingly, the healthy 15Hz bass extension over lower than the original Xtreme; and it can be felt. 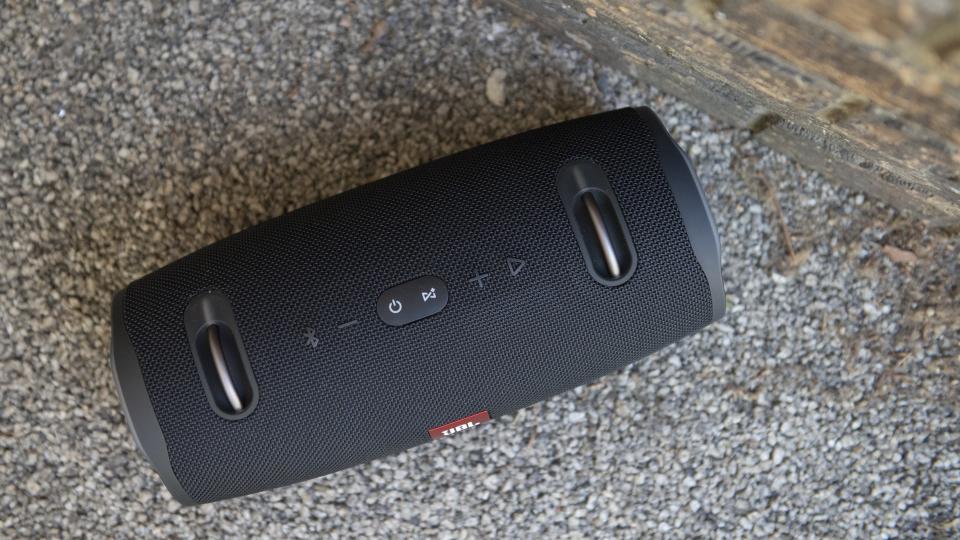 The highs extend blissfully, and combined with a wide, 360-degree soundstage, the JBL Xtreme 2 is captivating. In songs such as DJ Snake ft. Justin Bieber – Let Me Love You, the speaker handles instrument separation like a champ. Its soundstage is both wide and deep – making the vocals and instruments sound layered.

Finally, the speaker goes extremely loud without distorting or clipping. It’ll suffice for a garden party or a large living room space. Better still, due to its design, the speaker can be used both horizontally or vertically – ideal if you’re cramped for space.

The Xtreme 2 might not have any smart features built in, but it’s everything you’d want from an all-weather-proof Bluetooth speaker, from the outdoorsy design to its sound quality. The Xtreme 2 appeals in more ways than one – it’s a multipurpose speaker that you can take with you to a breakdancing lesson, the pool, the beach or on a cycle. And due to its discrete look, you can leave it in the living room.

For around £235, it’s a great, albeit more expensive alternative to the Ultimate Ears Megablast that now just costs £180. I’d still pick the Megablast if you aren’t concerned about portability, and would like Amazon Alexa to answer your every beck and call, but if you want something beefy with real energy, all ready for a life outdoors, the Xtreme 2 is the better speaker and the winner on all-round sound.