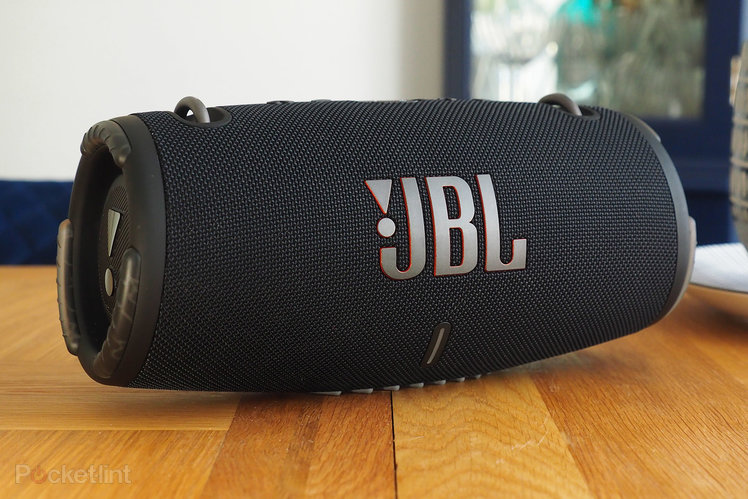 The JBL Xtreme 3 is the company’s portable Bluetooth speaker – literally, it has a shoulder-strap carry handle that you can clip on or off – delivering an almost army-esque aesthetic, along with big, bubbling levels of bass.

As we said of its Xtreme 2 predecessor, it’s hardly the prettiest or most sophisticated looking speaker around. But then this isn’t trying to be some kind of Bang & Olufsen fancy-pants indoors device – it’s all about being bold and rugged, thanks to its new full dust- and water-resistance, and great for the great outdoors.

So when the world opens up, is the JBL Xtreme 3 the portable party speaker to bring to those park picnics and pool parties?

We’ve recently reviewed the smaller JBL Charge 5, the first of the company’s speakers to represent a step-change in design, embodying the new, larger JBL logo. The Xtreme 3 is like that little speaker, just upscaled. 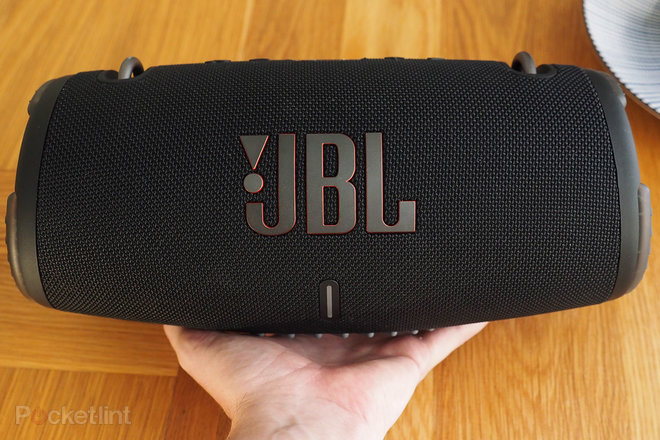 Well, almost. It’s impossible to miss the two big metal loops up top of the Xtreme 3, onto which the included carry handle can quick-clip onto for carting this speaker around over your shoulder. It’s this feature that will split the pack: many will want a more subtle design with a carry handle; others will find practicality in not needing to give up a hand in order to carry it around.

Between those carry clips are the physical control buttons, comprising on/off, Bluetooth connectivity, separate plus and minus volume controls, and a JBL app/multi-speaker pairing control. 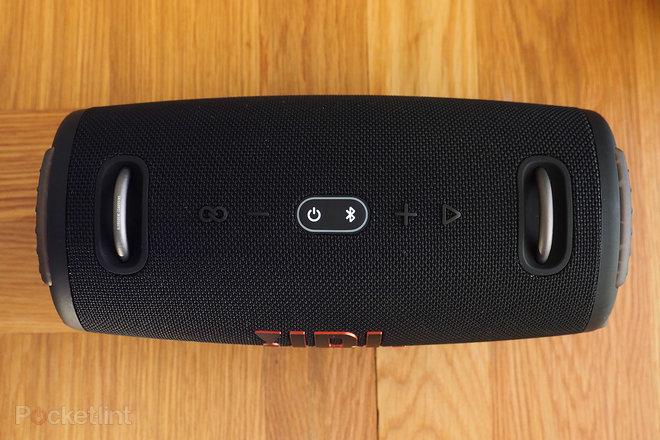 Gone are the ‘feet’ of the two older Xtreme designs, replaced by rubberised diagonal embossed lines that ensure the speaker stays upright without the unwarranted visual protrusions. It’s a much neater look.

With its robust mesh exterior and near-cylindrical shape, the Xtreme 3 is designed to give optimum space to the two open and exclamation-marked ends, which is where it lets the air flow out in order to deliver the biggest of bass potential. Watching these panels warble as the bass pumps out is rather mesmerising.

In terms of sources, the JBL is fairly basic: there’s Bluetooth 5.1, a 3.5mm AUX input, and USB-C charging port behind a panel to the rear. Oddly this panel is still fiddly to remove (a complaint we also had of the predecessor), as we’ve often needed to get some other object to help prise it open. For whatever reason the USB-C port is also hidden – more noticeable here as that’s always exposed on the smaller Charge 5 – so you have to get behind the Xtreme 3’s flap for sake of recharging. 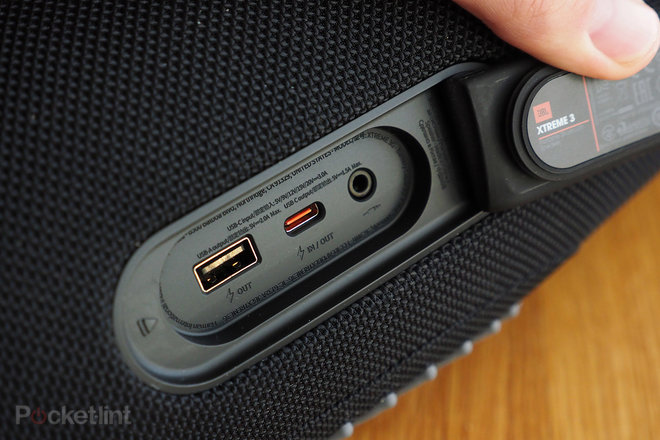 We can sort-of understand why that panel needs to remain firmly shut, in order to adhere to the dust- and water-resistance (it’s IP67 rated, meaning you can chuck the product in a pool and it’s not going to stop working) – but, again, the Charge 5 has the same rating and doesn’t need to hide its USB-C port.

The JBL Xtreme 3 is loud, like really loud. It’s got four drivers and two bass radiators, delivering 100W power output in total. While that figure isn’t massive, this speaker is still good enough to deliver big sound to groups of people – and its volume needn’t be cranked to the max to entertain. It’s impressively loud while remaining perfectly clear too, which is always a sign of quality. 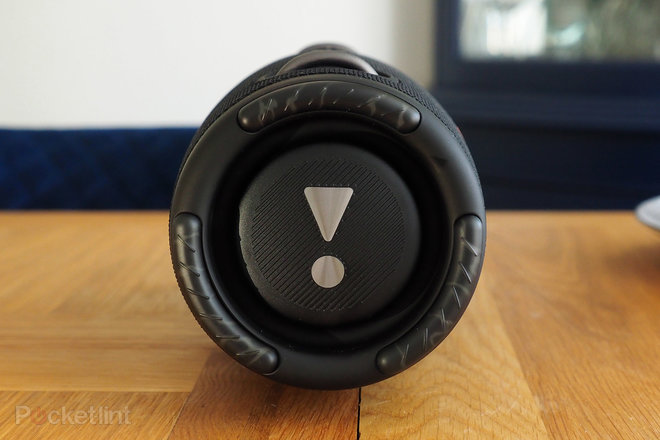 As we said of its predecessor: the greatest thing about this JBL Xtreme is its bass delivery. This model squeezes out a couple of extra Hertz at the low-end – now to 53Hz – delivering low-frequency with vigour. With bass music it’s able to grab hold of big 808 bass hits, for example, and deliver them with gusto. Equally it’ll handle other genres just as well or even better: given that bass guitars can’t really tune below 60Hz anyway, that frequency is ideally positioned to really drive.

Even with a high-volume output the on-board battery can last for up to 15 hours – that’s no improvement over the predecessor, it should be noted – but you’ll just have to turn it down a little to achieve that time. We’ve been using it as an office speaker most of the time, or moved it into the kitchen when cooking, where it’s delivered a couple of days worth of non-stop tunes no problems.

While the sound is big and crisp and there’s lots of bass, don’t let the cylindrical design fool you into thinking it’s all all-direction output. It’s not. The Xtreme 3 is very much a front-on speaker, with the rear not offering output. That’s not necessarily a bad thing if you don’t want to unnecessarily direct sound to others in a public space, but there are competitors that sell on the very fact sound output is omni-directional. 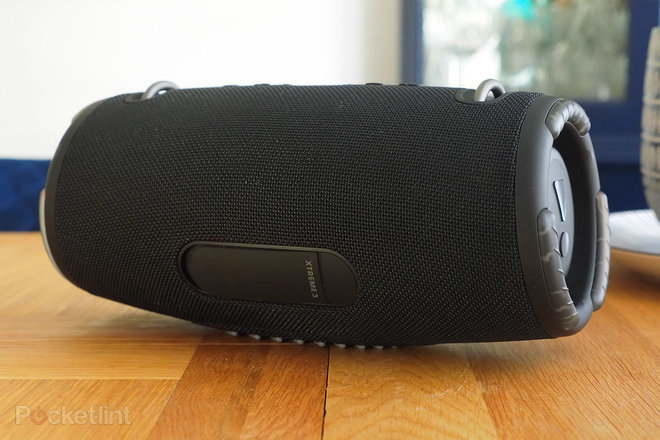 There’s also the JBL PartyBoost app available, should you wish to pair your JBL speaker with another for using in stereo mode, or pair it with yet more (up to 100, apparently, which we’re sure nobody has ever done). Fun idea, though.