The only improvement in Build 22622.598 focus on the Settings section, wherein users will no longer be allowed to uninstall apps with inter-dependencies, such as Steam and other gaming apps running on it. Repairing Win32 apps under Settings > Apps > Installed apps should also be unable now through this update. Nonetheless, Microsoft stressed modifying and uninstalling such apps without inter-dependencies should still work. 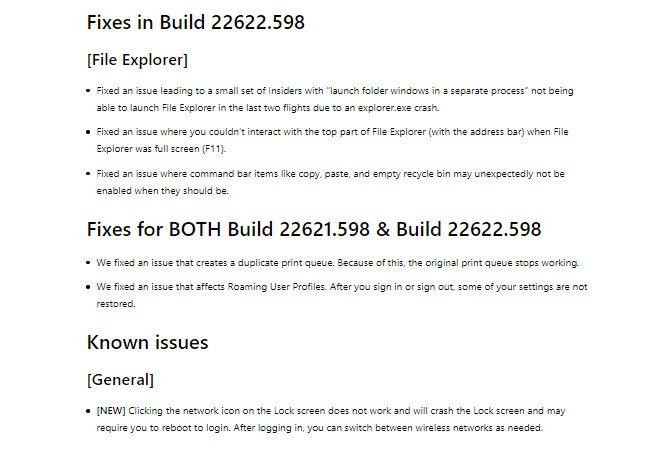