The origin of MOBAs or Multiplayer Online Battle Arena dates to 1990. The gaming genre have long been dominated by two underdogs- Dota 2, and League of Legends that have continued to grow massively since its inception. While this intrinsically motivating genre have a strong foothold in PC gaming segment, MOBA is a relatively new member in the mobile gaming sphere. To bring an immersive MOBA experience to mobile, Riot Games, the developer of League of Legends introduced Wild Rift in October last year.

Wild Rift is a 5v5 MOBA action gameplay and includes some of the classic elements of League of Legends. The map is slightly smaller compared to the PC version, but there are various strategies one can use in a battle, and heroes that can be unlocked with each progression. Here’s everything you need to know about League of Legends: Wild Rift.

What is League of Legends: Wild Rift?

League of Legends: Wild Rift is a new MOBA title that has become insanely popular in the mobile gaming space (select regions). Developer Riot Games has rebuilt Summoners Rift from ground up for mobile platform. Early reviewers claim that the some of the well-known champions from the original PC game have been slightly tweaked on mobile. Some of the popular skins have been redesigned as well and dual stick controls have been embedded in the title interface for gameplay. PocketTactics note that the game takes cue from Legends of Runeterra with a good introductory progression taking you through game’s elements like concept of lanes and even provide you rewards for learning the ropes. 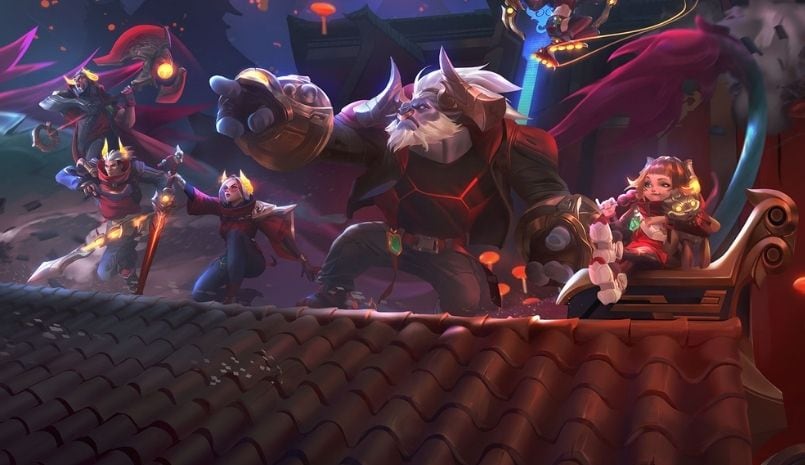 The game gets same control layout as the PC version. The left stick enables you to move your character, while the right stick will let you launch basic attacks. To make it accessible point-and-click attack have been turned into skillshots. Tapping the large button once automatically targets the nearest champion. Targets can be selected manually by dragging the thumb across the attack button. When you trigger it, the button becomes a digital nub that moves a yellow on-screen reticle.

The attack button is ridged by two smaller buttons that prompts your champion to prioritise minions or turrets. For leveling up you need precision and memorise the abilities to make the best use of them. You can earn gold as well by destroying towers, champions on the other side and special monsters. While all these may sound strenuous (if you are new to this genre), don’t worry cause Wild Rift has a series of tutorials that can provide basics of the gameplay. And for the best, it’s a mobile-optimised game which means you won’t get complexities like in the PC version.

League of Legends: Wild Rift is as free as it can be

A good part about the League of Legends: Wild Rift is that it is a free-to-play game. Another perk of this game is that a match has slightly shorter 15-20 minutes rounds compared to the PC version that can extend up to 45 minutes or an hour for that matter. Similar to the PC version, heroes can be unlocked via gameplay. Riot Games has promised to bring more champion giveaways as one levels up. Like the Blue essence from PC League of Legends you will earn blue motes after level ten that will help you buy champions. One should note that new champions can only be bought using a combo of blue motes and wild cores which is a paid currency. There is another currency called Poro coin that can be used to buy emotes, baubles, and other costumes.

While most users in India prefer playing FPS games (honorable mention PUBG), Wild Rift is highly anticipated by the Indian MOBA community. The game is currently up for pre-register on Google Play. But in case you want to try the game here’s how you can download it.

First thing first, we don’t recommend using ‘cheat codes’ to access unreleased games, but in case if you have PUBG in your mobile you won’t be held guilty for testing this new MOBA title. And in case you are a bit reluctant, the developer has partnership with Tencent Gaming, which means you will find better visuals compared to other MOBA mobile games.

That said, download a premium VPN (for precaution), and set the location to an SEA (South-East Asian) country where the beta is live. Once the VPN is active, download the apk and obb files that you will find in Google. Install the file and open it. A folder of the obb file will be created in your device. An error will pop up, but don’t worry just close the game. Head to Wild Rift’s obb file folder in your phone then click on Internal Storage > Android > obb > com.riotgames.league.wildrift (via Gamzo). Copy the obb file to the obb folder you just opened. Create a new Riot account to save yourself from being blocked by the developer and you are all set to go.