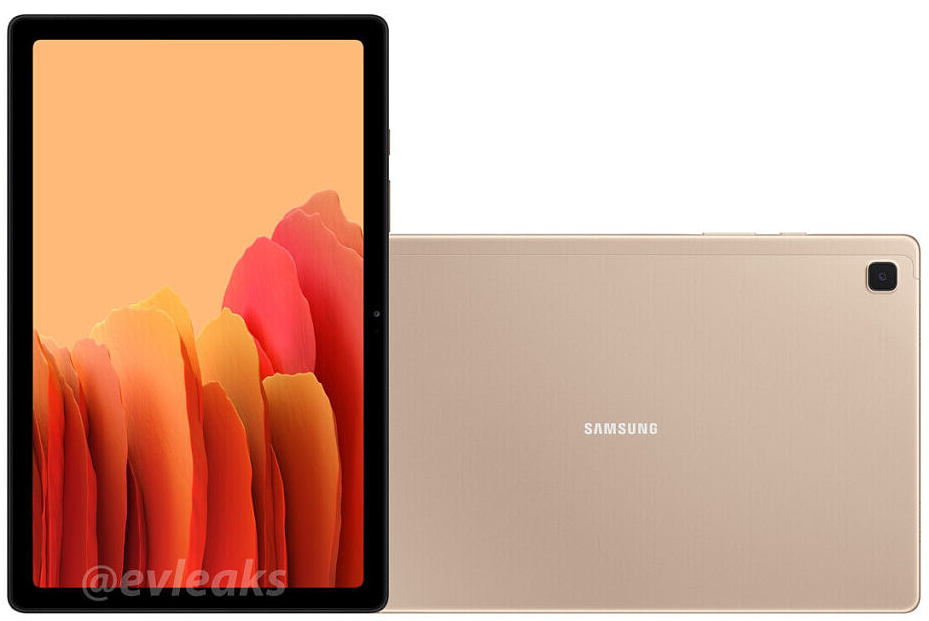 Samsung is fresh off the launch of its latest flagship Android tablets – the Galaxy Tab S7 duo – but the company apparently has a budget tablet in the making as well. Prolific leakster Evan Blass has shared (Patreon account / via XDA-Developers) an alleged render of the Galaxy Tab A7 2020, giving us a glimpse of the tablet in gold and gray colorways.

The Galaxy Tab A7 2020 has quite a generic design with thick bezels on all sides and a single camera at the back. As per an earlier Google Play Console listing (via 91Mobiles), the Galaxy Tab A7 2020 will feature a 10.4-inch display with a resolution of 1200×2000 pixels. Under the hood, you’ll find the Snapdragon 662 SoC paired with 3GB of RAM and either 32GB or 64GB of onboard storage.

Unfortunately, there is no information on the tablet’s camera hardware or battery capacity as of now. Notably, the tablet was listed online by a Dutch retailer prior to its launch, revealing a starting price of €235 (~ $230) for the Wi-Fi only variant, while the LTE model will reportedly start at $293 (~$350). However, Samsung hasn’t revealed when its budget tablet will go official.