Just a day back, we saw the first real-world images of the Samsung Galaxy S20 FE leaked by JimmyIsPromo. The YouTuber has now gone ahead and published a six-minute hands-on video (embedded above) of the upcoming Samsung flagship, leaving nothing to the imagination.

The Samsung Galaxy S20 FE leaked hands-on video features a deep blue colorway of the phone running software version One UI 2.5. The YouTuber also takes us through some of its already known hardware and software features. The phone, as seen in the video, features a plastic back panel with a camera array that looks exactly like that of the Galaxy S20. Prior leaks and the latest hands-on video confirm that the Samsung Galaxy S20 FE will house a 12MP + 12MP + 8MP sensor setup.

On the top of the Fan Edition, you get a SIM card tray slot and at the bottom is a USB-C port alongside a speaker grille. There is no 3.5mm headphone jack here, neither did we expect one because Samsung long removed it from its S and Note lines. 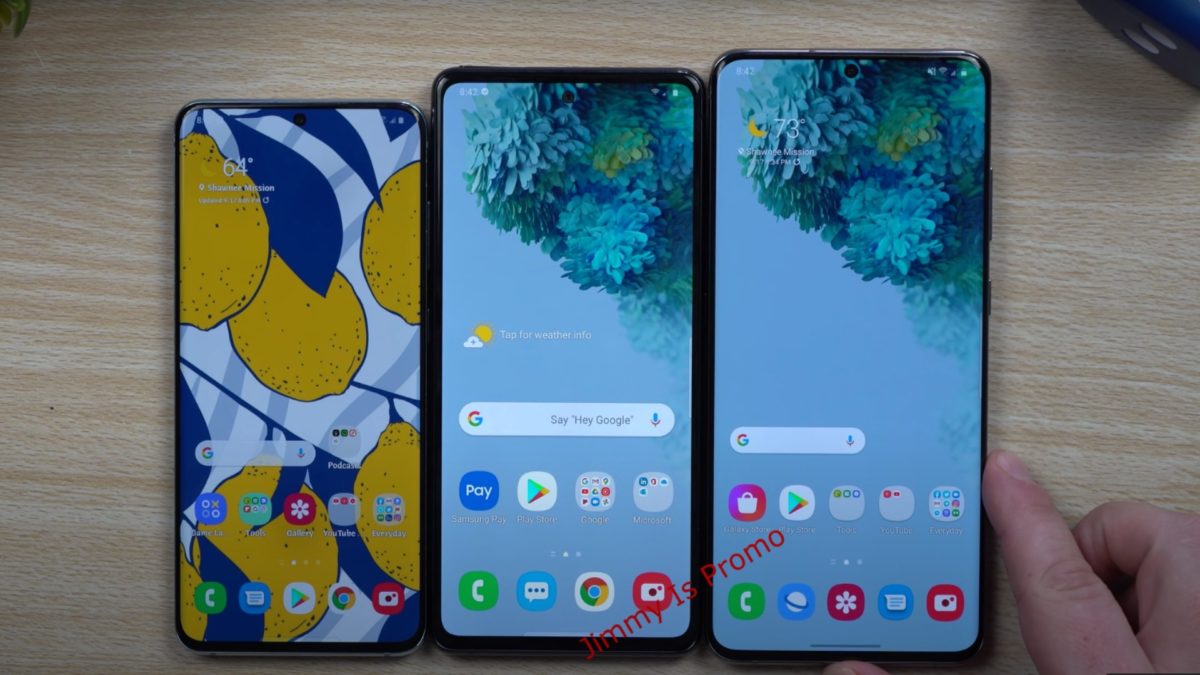