OnePlus is currently working on a successor to the affordable OnePlus Nord CE. According to a recent leak, the upcoming OnePlus Nord 2 CE (codenamed Ivan) will pack mid-range hardware, including a MediaTek SoC, up to 12GB of RAM, an FHD+ 90Hz display, and an under-display fingerprint scanner. Although OnePlus hasn’t revealed any official information about this device so far, leaked renders of the device have now popped up online.

Tipster Yogesh Brar, who shared some information about the OnePlus Nord 2 CE earlier this week, has now shared leaked renders of the device (via 91mobiles). The renders showcase an updated design that falls in line with OnePlus’ recent flagships. As you can see in the attached images, the OnePlus Nord 2 CE will feature a rectangular camera island on the back, just like the devices in the OnePlus 9 series. 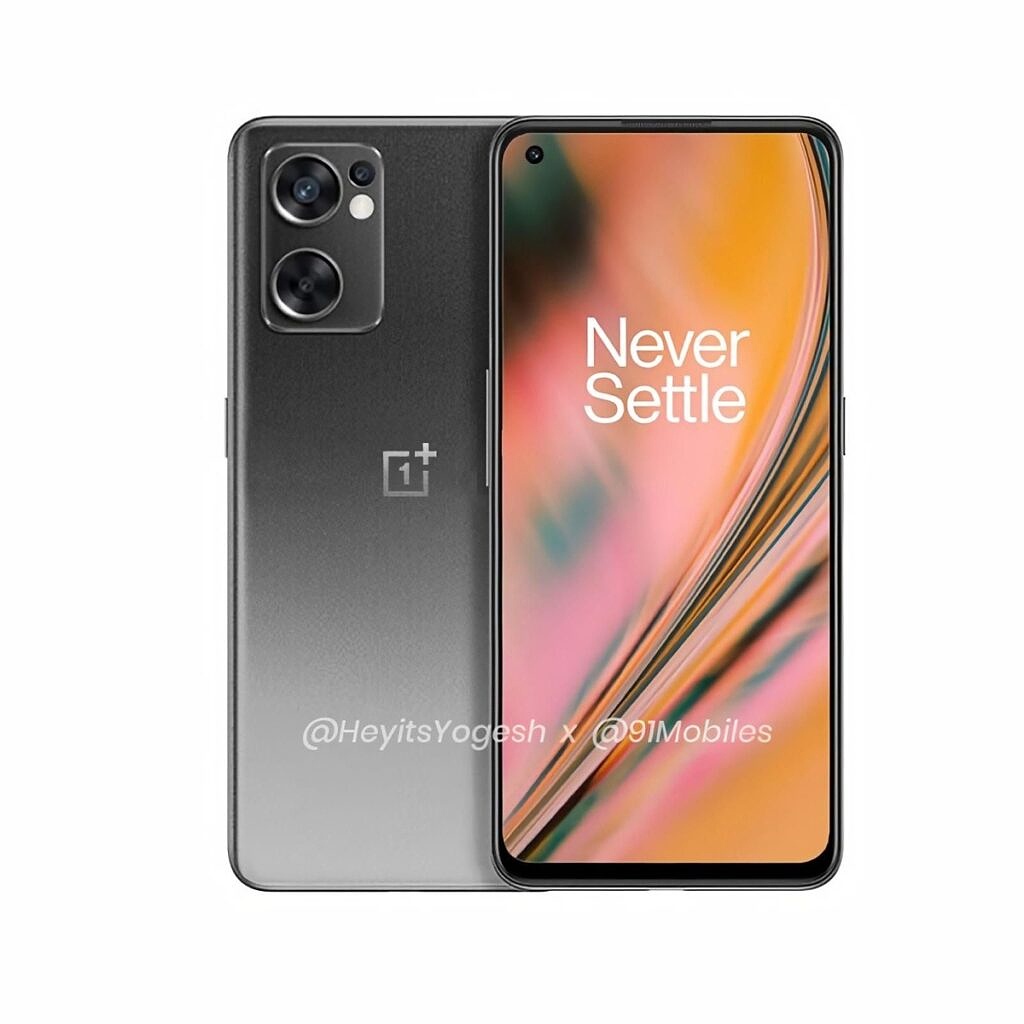 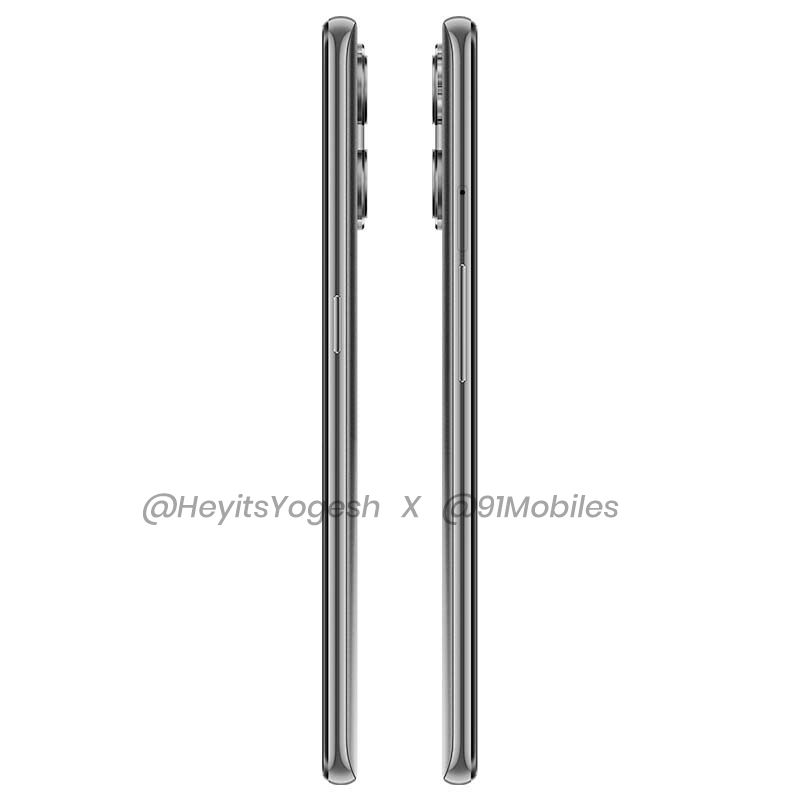 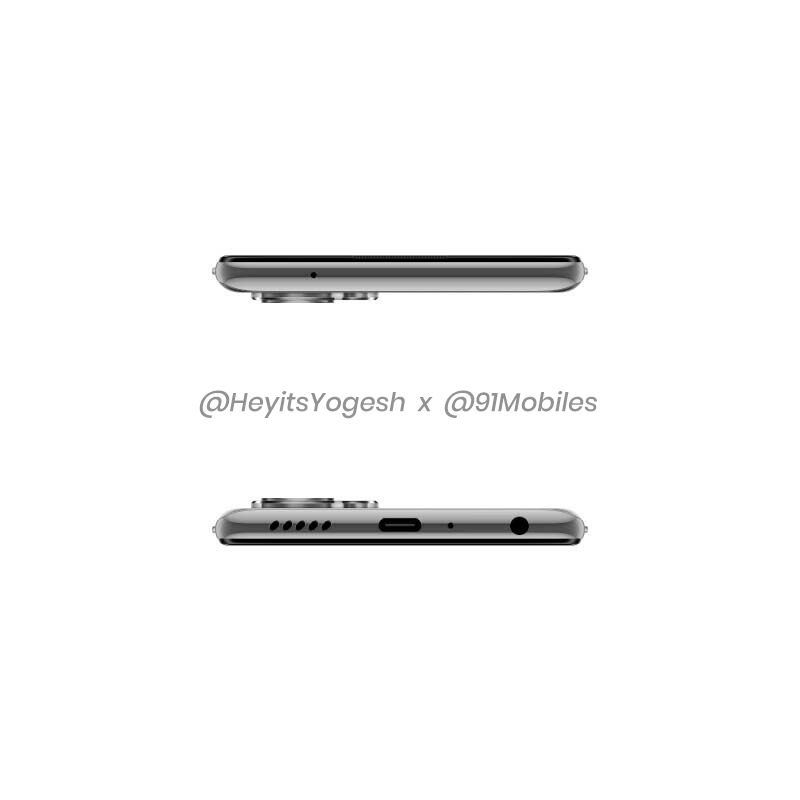 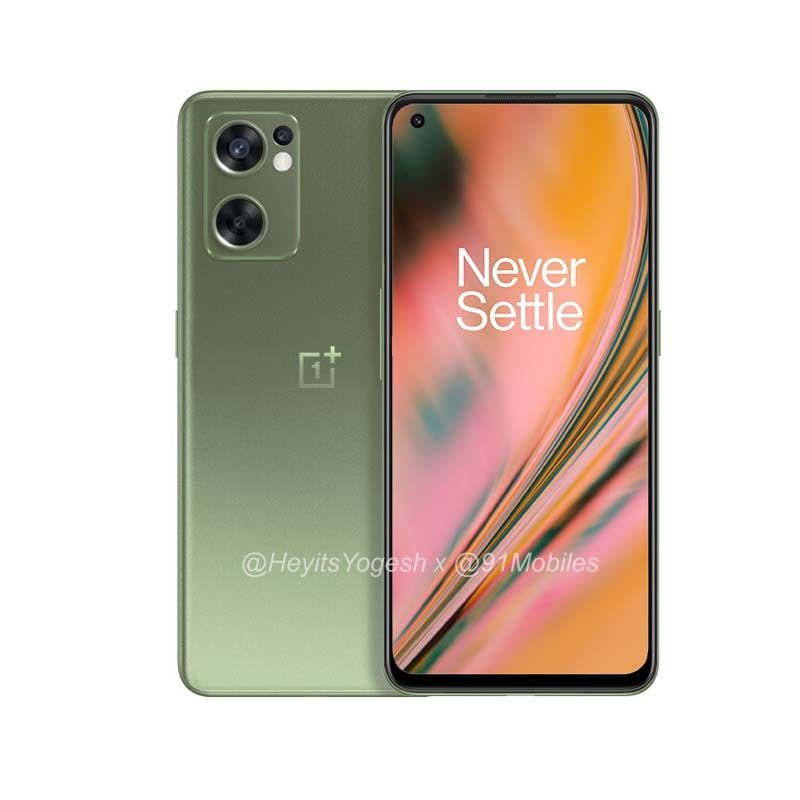 Over on the front, the OnePlus Nord 2 CE features a flat display with a hole-punch cutout for the selfie camera on the left edge and a sizeable chin. The renders further confirm that the device will not feature OnePlus’ signature alert slider, but it will retain the 3.5mm headphone jack. In addition, the renders showcase two color options for the back panel — Gray and Olive Green.

While the renders don’t confirm any of the device’s hardware specifications, the previous leak suggests that it will pack a 6.4-inch AMOLED display with a peak refresh rate of 90Hz. The device will reportedly pack MediaTek’s Dimensity 900 SoC, up to 12GB of RAM, and up to 256GB of storage. In the camera department, the OnePlus Nord 2 CE will feature a 16MP selfie shooter, a 64MP primary camera, an 8MP ultra-wide camera, and a 2MP macro sensor. A 4,500mAh battery will round off the hardware.

Since we’re likely still months away from the official announcement, we can’t be sure if OnePlus will stick to the design shown in the renders above. But we expect to receive some confirmation in the months leading up to the launch. We’ll make sure to let you know as soon as we have more information.