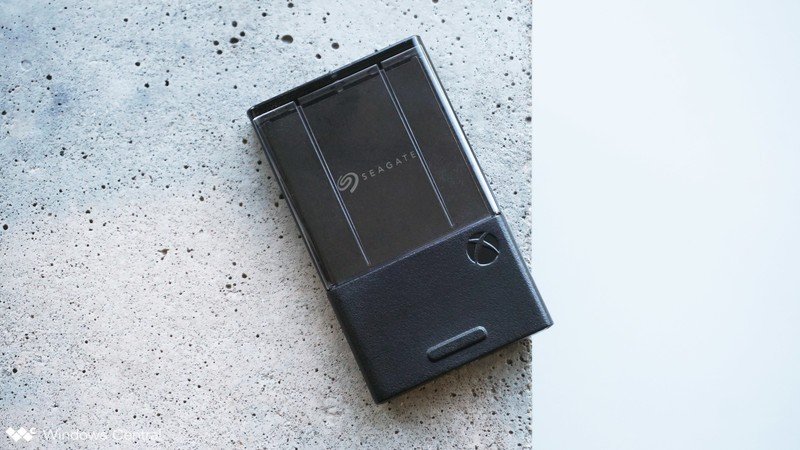 Xbox Series X and Series S introduce significant changes to system storage, adopting custom solid-state drives (SSDs) under the hood. Microsoft has positioned this high-speed storage as fundamental to next-generation gaming, helping deliver shorter load times with support for complex game worlds. This SSD requirement guarantees the best from the latest Xbox consoles but can make storage expansions a little more complicated. You now have a few options when adding space to your Xbox Series X and Xbox Series S versus Xbox One, and it’s essential to understand which works best for you. 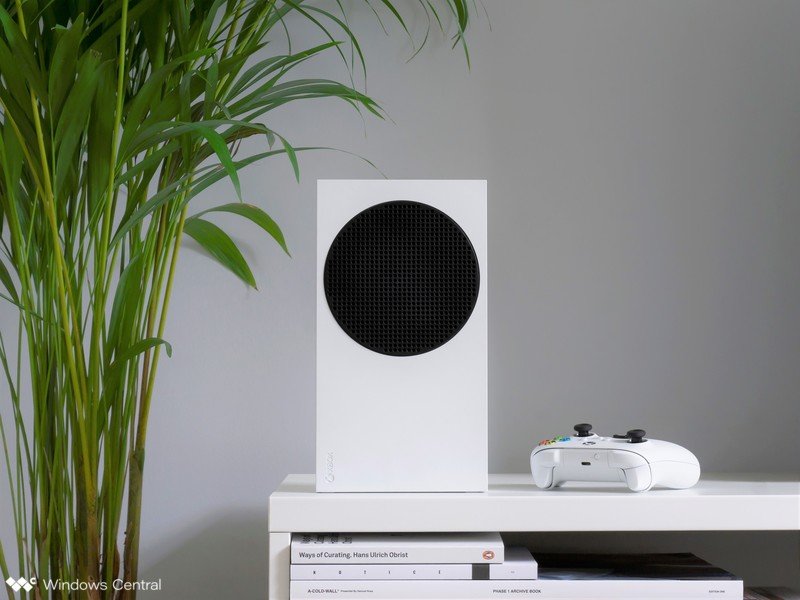 Xbox Series X and Xbox Series S pack the same SSD storage, bringing up to 40 times speed increases over older Xbox One consoles. Microsoft opted for a custom solution based on NVMe SSD technologies, delivering best-in-class read and write speeds, albeit costly compared to the slower hard drives from the Xbox One era.

The Xbox Series X ships with a 1TB internal SSD drive, while the Xbox Series S features a reduced 512GB capacity out of the box. In reality, Xbox Series X has just 802GB of space usable for games, with Xbox Series S offering just 364GB. With new releases from franchises like Call of Duty, Halo, and NBA 2K now surpassing 100GB, it’s easier than ever to outgrow the included storage.

When your games library eventually fills the internal drive, Microsoft provides two primary routes to increase your available storage on Xbox Series X and Series S. The two storage expansions are both solutions for playing and storing Xbox games, although which is best varies between users, and the games they choose.

While USB hard drives work fine, they only store those games, and you will need to transfer them to the SSD to play. However, backward-compatible titles, including Xbox One, Xbox 360, and original Xbox games, work fine on USB drives. Here’s a handy breakdown of how USB drives compare to the SSD expansion card.

The challenges around storage space only grow for Xbox Series X and Series S, with top titles larger than ever. The latest blockbusters demand more storage, with the added increased capabilities of the latest consoles unlikely to reverse that trend. While Microsoft states that Xbox Series S titles should sometimes clock in smaller than Xbox Series X, storage is far from plentiful on either device. 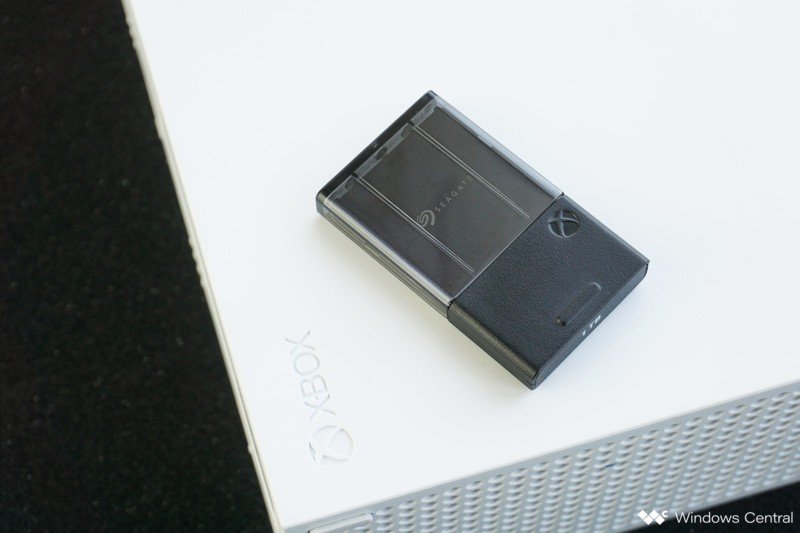 The Xbox Expansion Card makes it simple, with three sizes available in 2022. Seagate Storage Expansion Cards are available in 512GB, 1TB, and 2TB flavors, with pricing proportional to their respective capacities. While Microsoft has also discussed storage from other manufacturers, the ongoing exclusivity period with Seagate means we’re yet to see those materialize.

While undeniably a premium device, it’s a result of the bleeding-edge hardware inside, falling in line with our previous predictions given the average pricing for current PCIe 4.0 SSDs. The card guarantees the best in internal and external storage, albeit with a higher cost than slower USB drives. 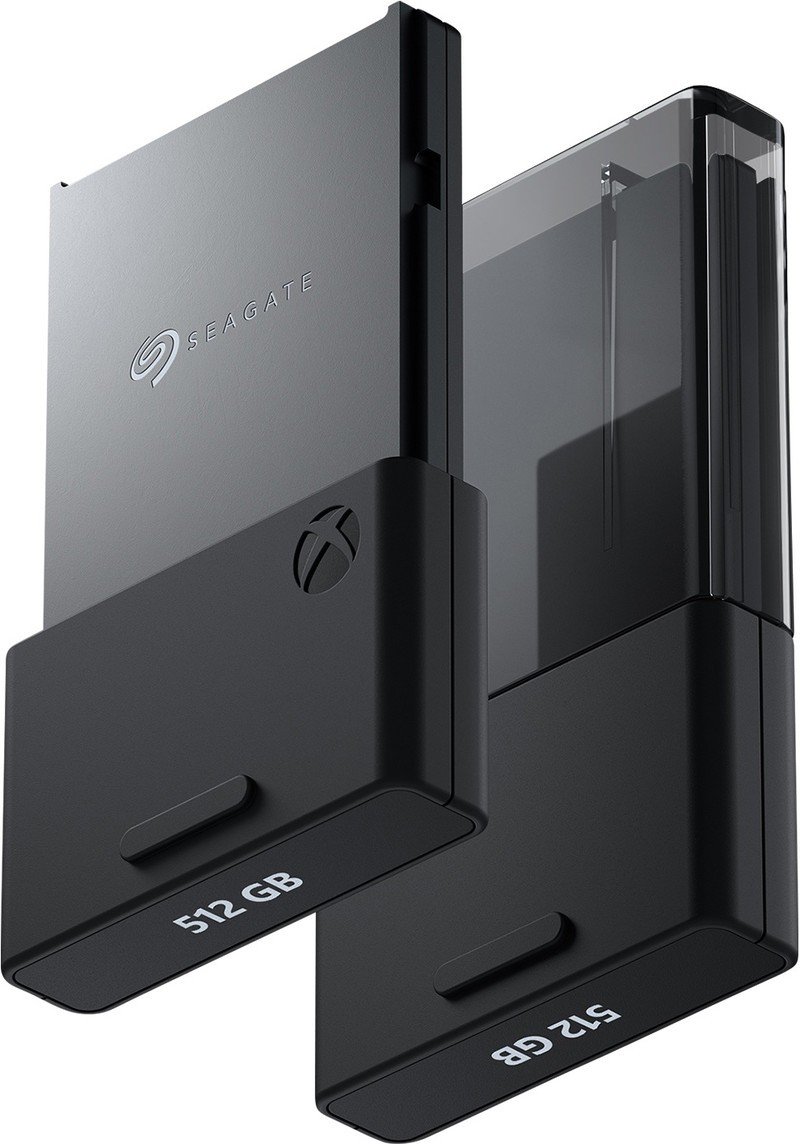 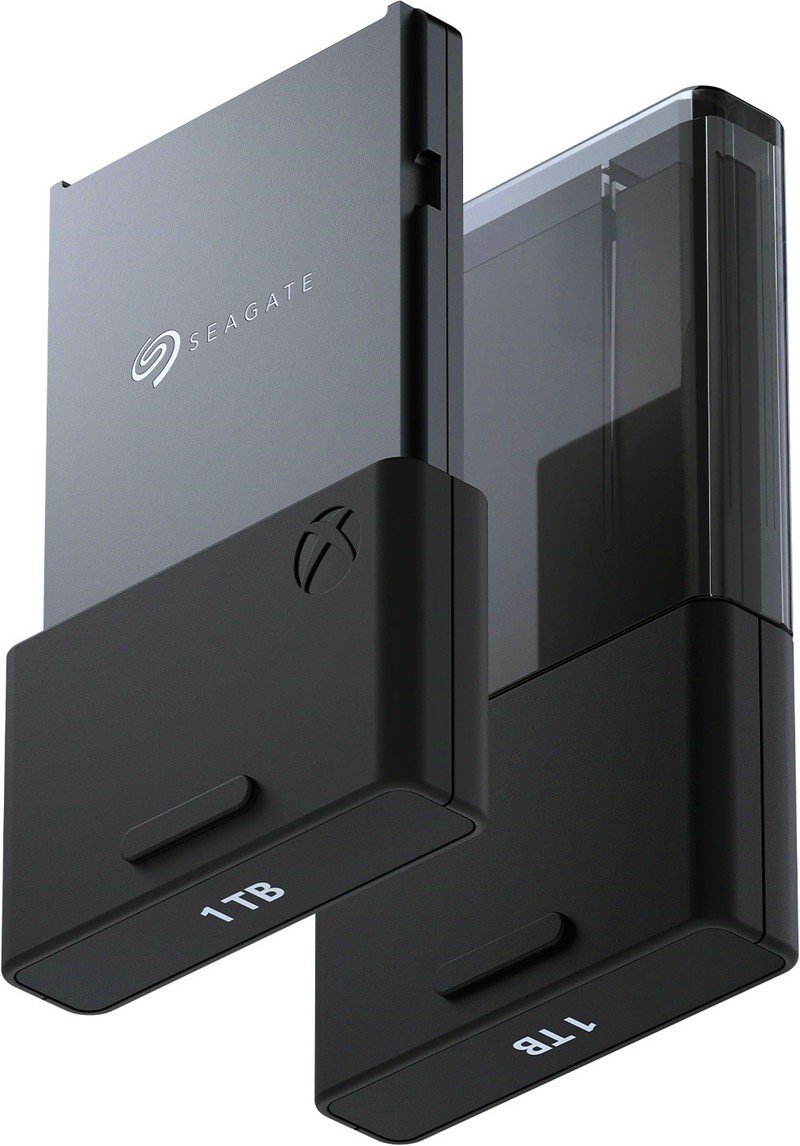 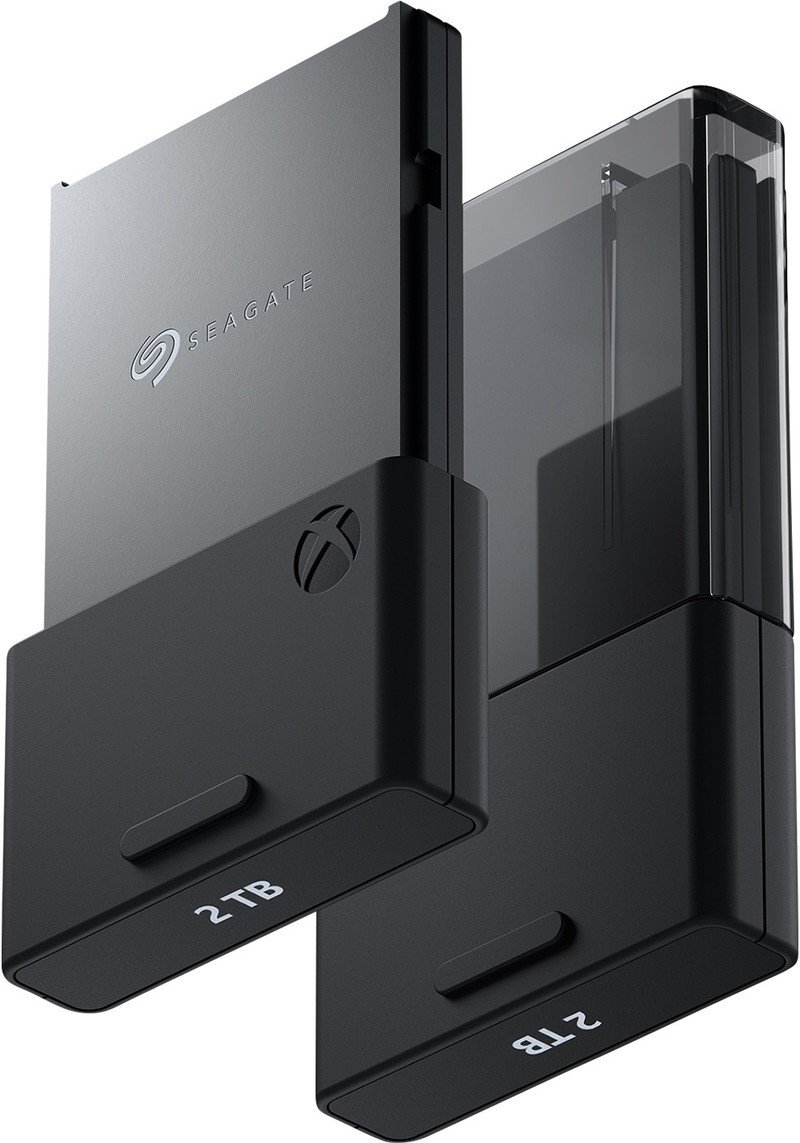 The latest and greatest Expansion Card clocks in at 2TB, and for many, provides ample overhead for dozens of extra titles. While that high price might be hard to justify, it’s a one-stop storage companion primed for the next decade of Xbox gaming. 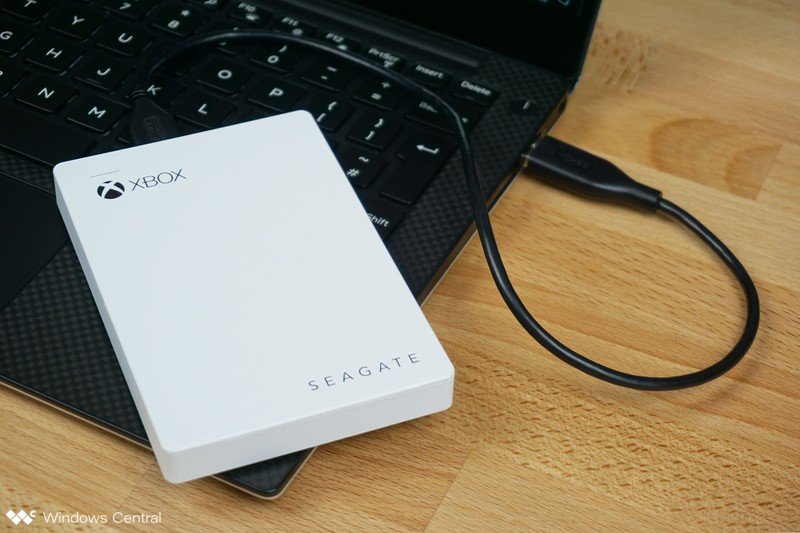 Unlike the Xbox Expansion Card, opting for an external USB drive opens your options to a competitive market of third-party devices. While inferior to Microsoft’s slick SSDs on the spec sheet, they’re much more affordable, but still lighten the load on your internal storage.

But to stress, Xbox Series X and Series S titles won’t run on external hard drives due to slow transfer speeds, failing to meet next-generation demands. An internal SSD or an external expansion card is required for upcoming releases or older games updated for the latest generation.

But with the high price of the SSD expansion card, it’s worth stressing that all Xbox Series X and Series S titles can be offloaded to an external USB hard drive. While some titles may not be playable from the slower storage, it’s still possible to shift data between an SSD where your games can be playable and a USB for storage. Your USB hard drive’s transfer speeds will determine how fast they move back and forth, but it’s a useful way to cycle games from the internal SSD with a huge investment. 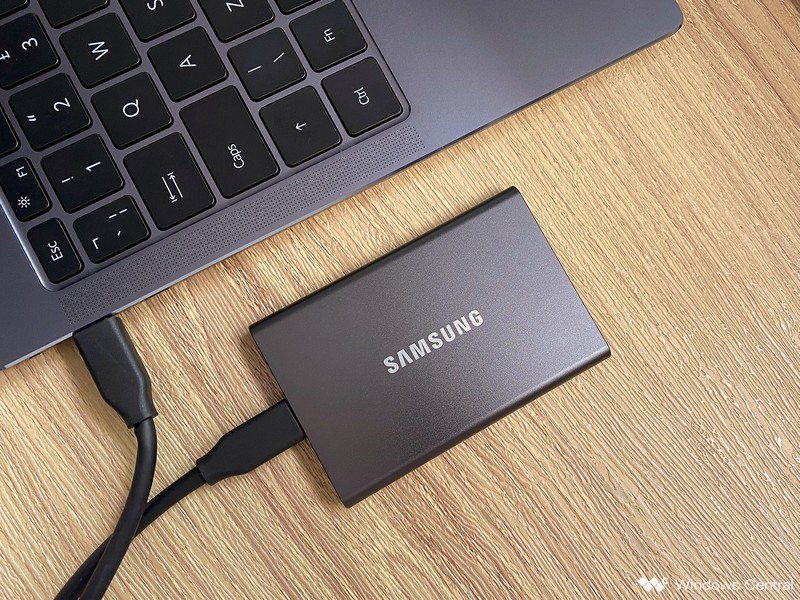 If the SSD Expansion Card isn’t for you, a vibrant ecosystem of USB-connected hard drives will meet demands for Xbox One, Xbox 360, and original Xbox titles. These storage solutions all function with Xbox Series X and Series S today, multiplying your console’s capacity, without hurting the wallet.

Microsoft supports almost all Xbox One accessories with Xbox Series X and Series S, extending to the existing storage ecosystem. That guarantees partial compatibility for external hard drives from the Xbox One era, should you want to reuse an existing drive.

If you’re looking to buy, the best Xbox Series X hard drives start as cheap as a video game, offering reliable storage within performance demands below $50. That 1TB expansion can over triple your room across some consoles like Xbox Series S. We’ve recommended the Toshiba Canvio Basics since launch, consistently offering the best-priced 1TB drive, getting more gigabytes for your dollars. 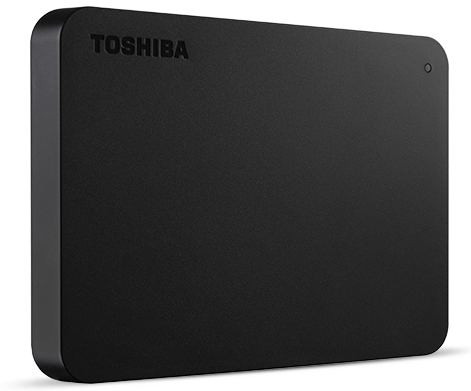 Expanding your Xbox storage doesn’t need to be expensive, and this 1TB hard drive is one of the cheapest options out there. It’s performant to support Xbox One games and older backward-compatible titles, while also ideal for offloading Xbox Series X/S games.

You can also go big or go home with this 4TB behemoth from Western Digital, providing room for your full games collection for the average user. It offers four times the internal capacity that ships with Xbox Series X, proving an essential pickup today and all you’ll need as a next-generation sidekick. While SSDs are incredibly costly in these sizes, slower hard drives remain affordable right now. This is recommended for those with sizeable game libraries, or those keen to explore services like Xbox Game Pass. 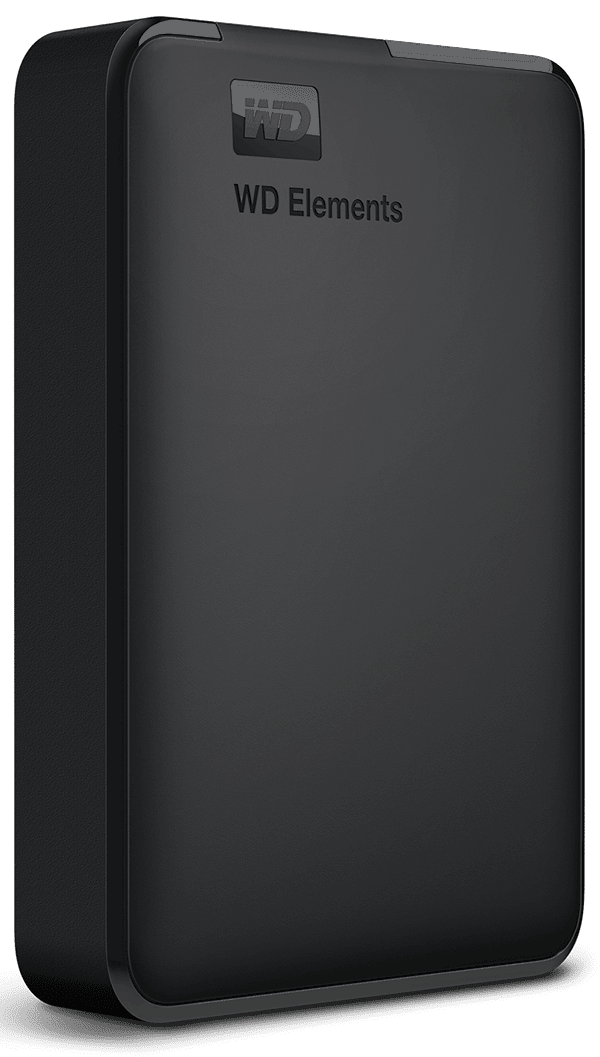 This 4TB Western Digital portable drive is all you need, hitting the highest capacity of its USB-powered drives. Formidable speeds and space for dozens of games make this ideal for any frequent gamer.

Opting for an SSD will boost your read and write speeds over a traditional hard drive, cutting load times across your favorite titles on Xbox One consoles. And while even the best external SSDs for Xbox Series X and Series S don’t match Expansion Card, still barred from next-gen titles, that boost still comes in handy for backward compatibility or fast transfers to your internal drive. 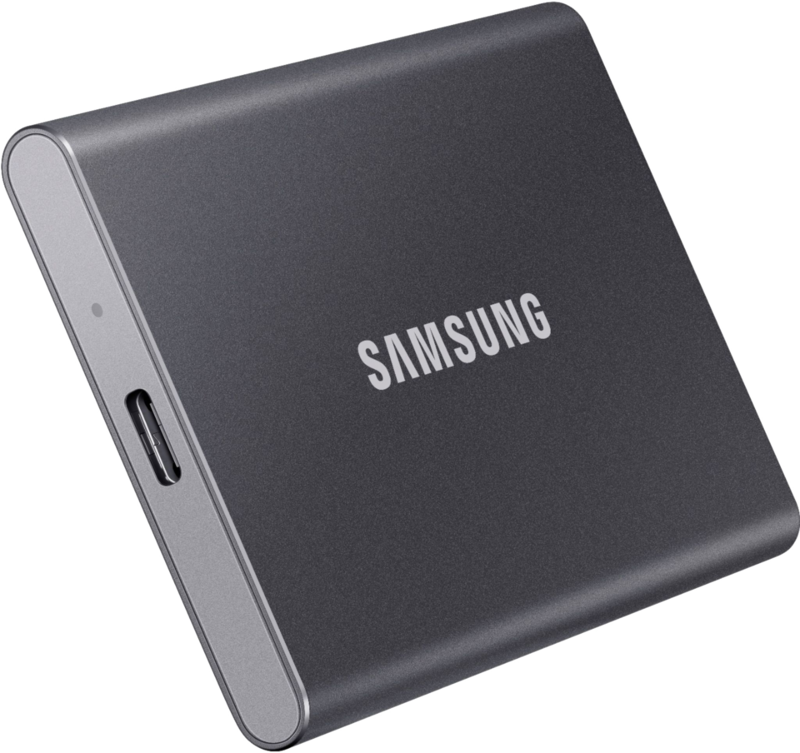 Samsung’s T7 500GB external drive packs top-tier speed below $100. You’re getting an over 50% boost in capacity with Xbox Series X while over doubling Xbox Series S. That speed won’t match what’s inside either console, but it’s still a vast improvement over other USB drives. Encased in a shock-resistant metal finish, it fits stealthily beside any console.

Seagate Expansion Card vs. USB: Which is for you? 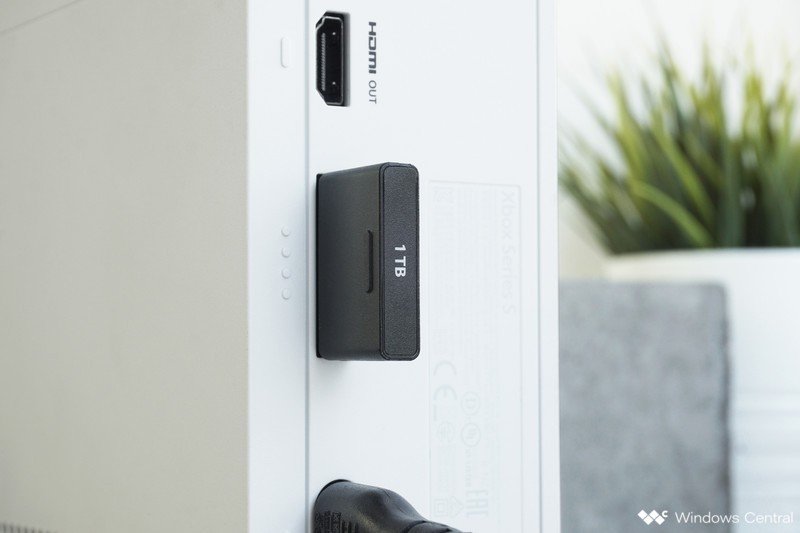 When your Xbox Series X or Series S runs low on storage, your decision to expand primarily hinges on whether to invest in the official Seagate Storage Expansion Card for Xbox. With fast storage fundamental to titles designed for the next generation, this external SSD offers a seamless solution at a high price. The cost may deter some but reflects the reality of the hardware, pushing the best from either console.

While Microsoft first launched its Storage Expansion Card with just one 1TB model from Seagate, we’re now seeing additional capacities hitting the market, spanning a variety of price points. Pricing now starts at $140 for the entry-level 512GB model, while those with larger game collections can invest considerably more with 1TB and 2TB variants.

USB external drives may yield more gigabytes for your dollar, but the functionality posed by official Xbox Expansion Cards helps justify the cost. It might be a significant investment, but with years of Xbox Series X and Series S games ahead, it’s a solid companion for the latest console generation. It delivers the most seamless extension of the console’s internal SSD, avoiding the pain of shuttling games between drives on the regular.

Investing in a USB external hard drive may be more appropriate when looking for an affordable alternative, especially in the short term. Connecting USB devices is an easy way to store your games, even if the limitations mean you can’t play without moving them to your internal SSD. It saves redownloading titles, provided you’re happy to cycle them back and forth.

How to use external drives with Xbox 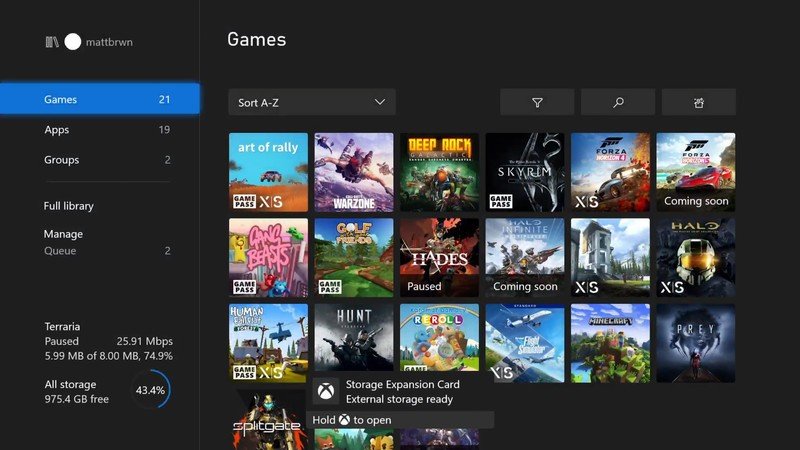 After selecting your preferred storage solution, it’s time to set up and use it with your Xbox console. While the approach to the Expansion Card and USB drives differs, both are relatively easy to connect and configure in a matter of seconds. The simple plug-and-play support means you don’t need to do much after connecting the drives into their respective ports.

How to use the Xbox Seagate SSD Expansion Card

The Seagate Storage Expansion Card connects to Xbox Series X and Series S via a dedicated, proprietary connector on the console’s rear. The rectangular port sits adjacent to the HDMI output on both consoles, labeled with “STORAGE EXPANSION.” They come in only slightly larger than your average USB thumb drive, with a sliding plastic cover for safekeeping. Upon removing the included cover, the SSD slides into the port, slightly protruding from the back I/O panel.

Microsoft also allows external SSD cards to be inserted with the console turned on, enabling those with multiple expansion cards to hot-swap on the fly. When inserted, the Xbox Series X or Series S will automatically recognize and configure your external storage.

Once configured to work with your Xbox Series X or Series S console, the Xbox Storage Expansion Card will add its respective capacity to your pool of available Xbox storage. However, a small fraction of storage will be reserved for the system. For example, the 1TB Storage Expansion Card actually adds 920GB, with around 100GB locked down out of the box. Following setup, you can copy, move, and install content between the internal SSD and the external Storage Expansion Card.

How to use a USB external drive with Xbox Series X, Series S

Most modern external hard drives work on Xbox Series X and Series S consoles, expanding your capacity for games, with speedier load times also obtainable via compatible SSDs. You’ll need a USB 3.0 external drive to meet the requirements, ensuring high data transfer rates to run backward-compatible games over a USB connection. Compatible drives must also have at least 256GB of storage, although we recommend shopping for at least 1TB for future peace of mind. Don’t forget that the best Xbox One hard drives and SSDs are also compatible with new Xbox consoles if you’ve recently made the upgrade.

You’ll also need to permit your console to format the drive, losing all data currently stored onboard. It’s crucial to back up ANY stored files to avoid losing existing documents and data. Your Xbox console will automatically detect external storage when connecting a USB external drive, with on-screen prompts to ease the setup process.

This external hard drive can be used to store Xbox Series X|S games, although you’ll need to transfer them to the internal SSD, or an official Xbox Storage Expansion Card, when it’s time to play. However, older Xbox One, Xbox 360, and original Xbox games still work as normal with these USB drives.