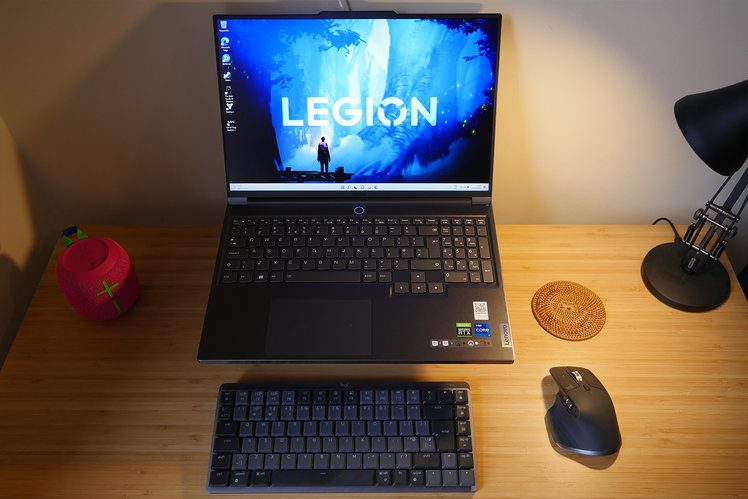 Lenovo’s line of gaming laptops got a nice refresh in 2022, and one of the most interesting new additions is the Legion Slim 7i Gen 7 – a bit of a mouthful to name, but a laptop with an entirely new design.

Compared to beefier, heavier options in the Legion lineup, the Slim 7i aims to keep the weight down and offer a more portable gaming experience. We’ve had it for a few weeks, so here’s how it’s held up.

When you read 2.05kg you might well think that we’re hardly talking about a genuinely lightweight laptop, and you’d be essentially right. The Legion Slim 7i might not be the lightest laptop out there, but it’s noticeably lighter than most gaming alternatives at this size, which is the real point.

So, while it won’t compete against something like a MacBook Air, a MacBook Air also can’t bring an RTX 3060 to the table, making it a bit like comparing apples and oranges. 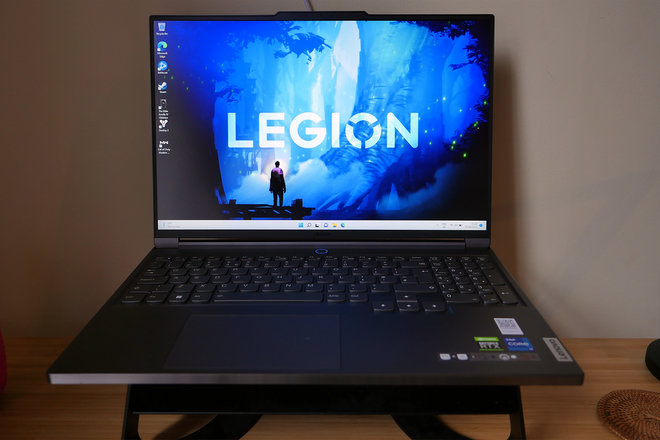 The point is, we think that Lenovo has done a solid enough job of keeping the weight down here, resulting in a laptop that isn’t exactly a floating cloud but nonetheless feels fine slipped into a backpack or bag, especially if you don’t need to take its power brick with you.

Of course, most of the time you will indeed need to do just that, which does add another chunk of weight. These things are fairly hard to avoid if you want your laptop to run games nicely, though.

From an actual design perspective, we like the Slim 7i quite a lot – it’s on the very restrained end of things where gaming laptops are concerned. Our light grey model is one of two options, the other being dark grey. 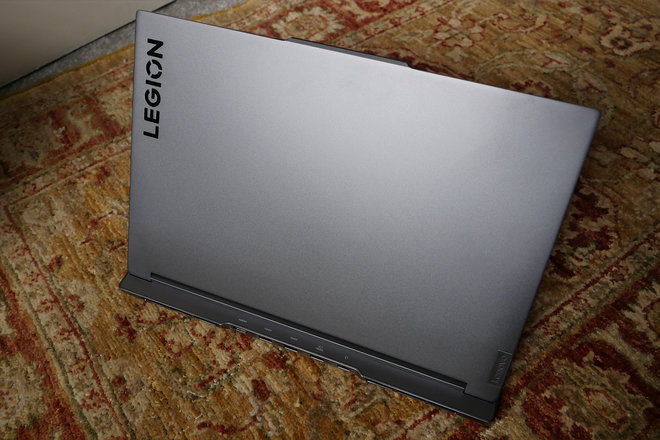 Either one makes for a laptop that could actually be a productivity machine at first glance, without the commonplace external RGB arrays and gamer-ish logos. Of course, it’s also genuinely slim, as befits the name.

A closer look makes it obvious that it’s a powerhouse thanks to the venting and that significantly chunky base, but we can’t think of many gaming laptops we’ve tested that look better than this, which is quite an impressive bar for Lenovo to have cleared.

Lenovo has a great reputation for keyboards, one that it richly deserves, and that thankfully translates to the Legion Slim 7i. It’s got enough key travel to be satisfying both for gaming and typing, but is also nice and easy to use.

There’s customisable backlighting for those late-night sessions, and it’s a full-sized keyboard including a number pad, for those who want to make sure they have every option at their fingertips. 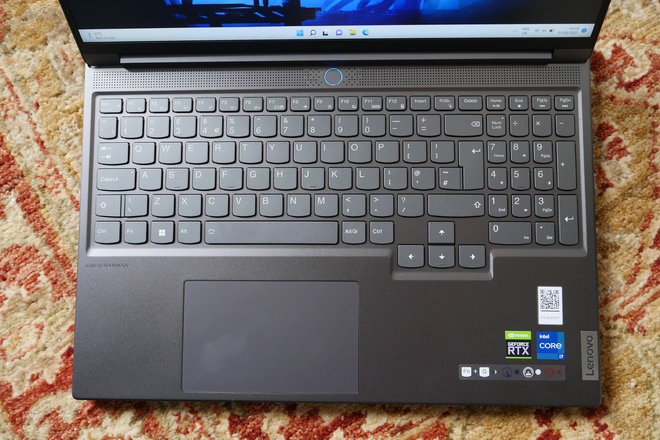 It won’t revolutionise the space, but this is a really solid keyboard, and that’s more than some competitors sometimes manage.

On the trackpad front, things are slightly more mediocre – that’s not to say they’re bad, but this isn’t anything to write home about. The pad isn’t huge and is over to the left of the laptop, which we found a little bit odd.

It’s centred relative to the lettered part of your keyboard, but that makes it offset relative to the screen. While many people likely won’t mind at all, we found it just the tiniest bit distracting while we tried to work or game. 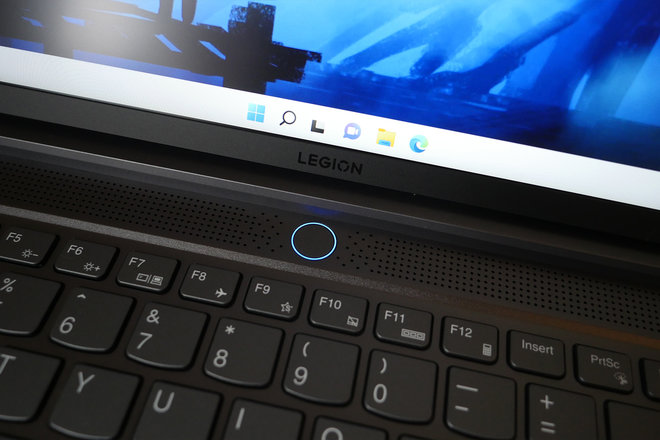 Speaking of gaming, you still won’t want to play any FPS or quick-fire title using this trackpad unless you’ve no other choice, but it’s fine for working and browsing and can even work in a pinch if you need it for a strategy game or something like that.

Lenovo hasn’t skimped on the ports side of things, either, with a wide range of useful plugs on offer. For one thing, there’s a full-size HDMI 2.1 port, for compatibility with the latest monitor and TV features, which is a nice bit of future-proofing.

That’s housed on the rear of the laptop, on the little shelf that hangs out behind the hinge where the display swings, and you’ll also find the power socket there, along with two or three USB-A ports for those accessories and connections that are still using an older port.

On the left of the laptop there’s a Thunderbolt 4 port along with a normal USB-C option, so that side can house most modern connections without any extras, while the right-hand side adds a headphone jack, software blocker for the webcam and a full-sized SD card slot which is great for professionals.

That’s a really healthy array in our opinion, and we never found ourselves wishing there was another port on the machine.

That webcam switch brings us onto the laptop’s camera, which is a surprisingly capable 1080p lens that might not be the best on the market, but is better than we anticipated from a gaming laptop. This means it can double nicely for a work machine in a pinch. 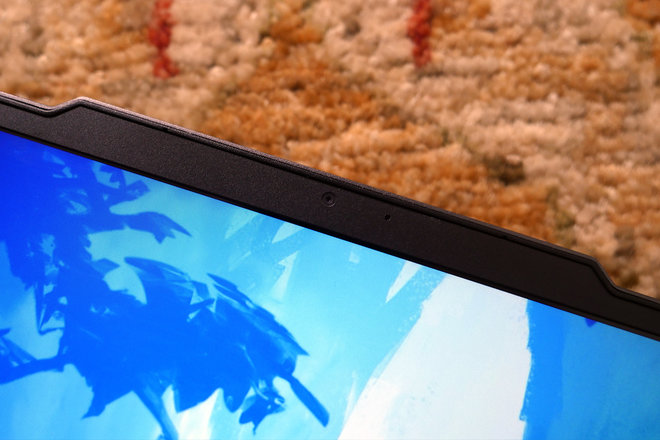 The laptop’s speakers are stereo, provided by Harmon Kardon and again pretty creditable without being something you want to rely on for actual gaming. They’re fine for watching a casual bit of TV, but headphones are preferable in most situations.

Lenovo has packed in a couple of battery options, either 71 or 99Whr depending on your choice, but both support impressively fast charging that can see you get back half your battery capacity in just 30 minutes, a hugely welcome touch.

That said, while gaming you’re only going to get a couple of hours if you’re running anything remotely power intensive, so as always with gaming laptops it’s worth remembering to take your charger with you.

Of course, when you’re assessing a gaming laptop there are a couple of huge factors that realistically outweigh much of the above discussion – how do games look on it, and how do they run?

The Legion Slim 7i can be kitted out with a few different 16-inch IPS panels, or the most expensive Mini LED version, and while that latter choice is likely to look amazing at great expense, the IPS options are really impressive to observe. 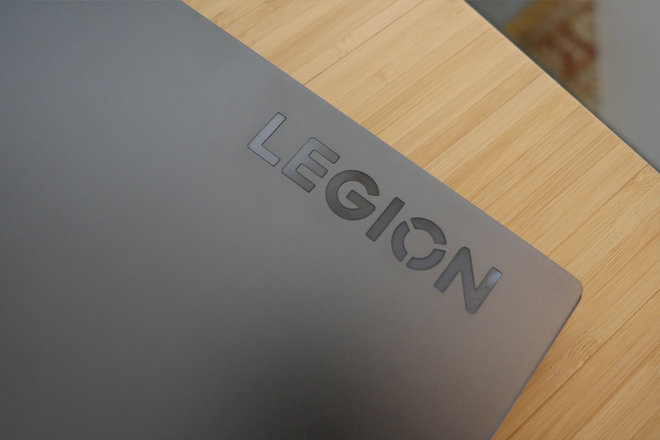 They’re nice and bright, with vivid colours and pinpoint resolution at 2560 x 1600, and a 165Hz refresh rate means that if you can get your games tuned right you can expect really smooth control and performance, something that can reap you benefits in online play.

The model we tested had an Nvidia GeForce RTX 3060 laptop GPU powering its graphics, something that certainly means it can crank out great performance, although we did find that it could struggle with the highest available resolutions.

In highly-optimised games like Valorant, we were easily able to enjoy framerates in the hundreds, making for super-quick play that felt extremely prompt and free from lag. Taking the fight to a more cumbersome beast in Call of Duty: Warzone, we were forced to significantly scale back both settings and resolution in order to hit a higher 120FPS. 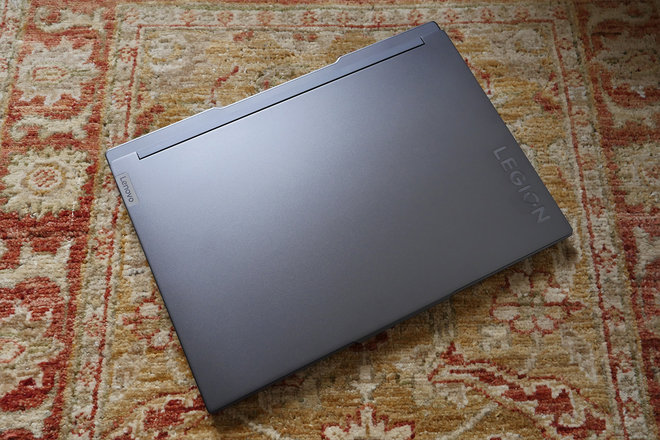 That said, 120FPS is a high target, and if you’re happy to land around the 60FPS mark that is so sought after for console gamers, you’ll be able to enjoy much more impressive lighting and detail as you play.

Our unit had a 12th Gen Intel Core i7-12700H processor at its heart, and we found it more than adequate to keep things running smoothly, including multitasking and playing a game in one window while another downloaded in the background.