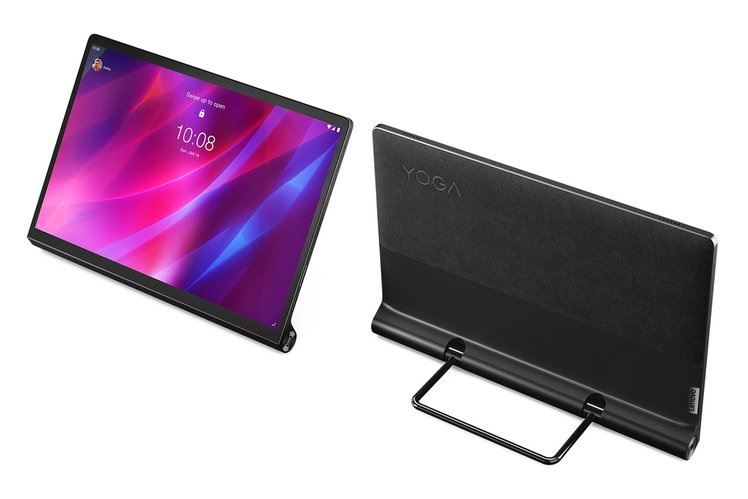 In a world of so many same-same tablets, you can’t say the Lenovo Yoga Tab 13 isn’t different. Why? Because this 13-inch tablet integrates a kickstand into its design, for increased versatility.

That might sound like an awkward proposition, but as you can see from the pictures gallery (above) this tucked-away stand is positioned out of the way when stowed.

That’s partly thanks to an ongoing design that Lenovo has been delivering for a number of years – that bulbous tubular-like end to the tablet, where the quad speakers (by JBL) are housed for better sound, which can also be used to lay the tablet down at a slant, or for grappling with fingers. 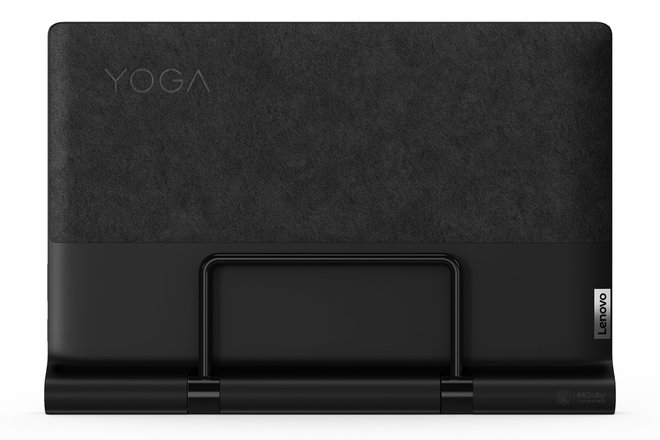 A 13-inch panel makes this a fairly large tablet, but you can see why when it can be used with stylus input as a digital easel-like product. And with 2160 x 1350 pixels across this LCD display – with Dolby Vision thanks to 400 nits maximum brightness – there should be plenty of detail.

Behind the scenes is a Qualcomm Snapdragon 870 platform and 8GB, which is towards the upper levels of that company’s processors. So whether it’s box-sets, browsing, gaming, or a little work, this Android tablet should have you covered for all eventualities.

The 13-inch Yoga Tab 13 – which is called Yoga Pad Pro in China – is expected imminently, with European prices starting at €799.