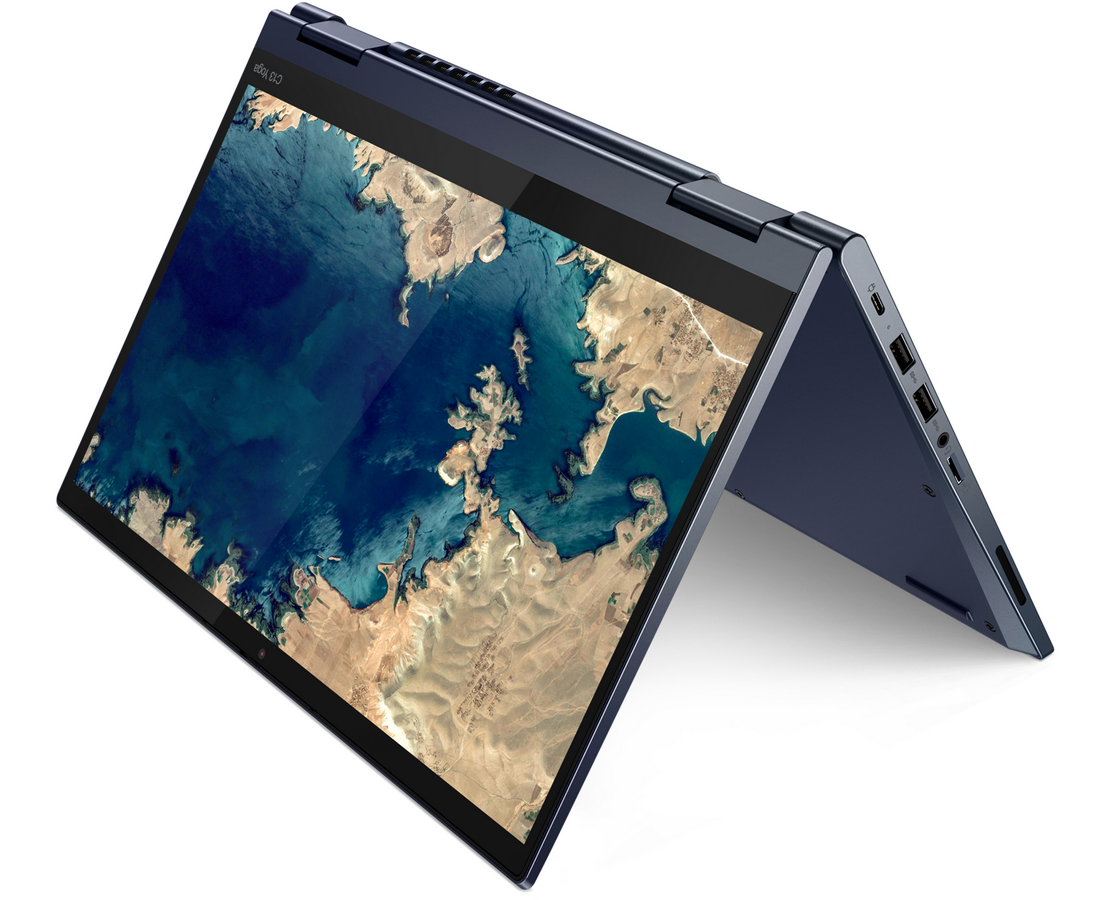 Lenovo has today launched a new Chrome OS machine- the ThinkPad C13 Yoga Chromebook – targeted at enterprise customers. The new Lenovo offering retains the signature ThinkPad series keyboard layout and looks quite premium, thanks to an aluminum chassis that is offered in a single Abyss Blue colorway. Lenovo’s premium Chromebook also features a 360-degree hinge for versatile use case scenarios, and comes with a host of optional add-ons such as a world-facing camera above the keyboard deck, a fingerprint sensor, and a garaged USI pen.

Another notable aspect of the ThinkPad C13 Yoga Chromebook is the silicon under the hood. The machine can be configured with up to an AMD Ryzen 7 3700U processor, which is part of a new “Ryzen C” lineup of AMD processors targeted squarely at Chromebooks. The AMD processor is paired with up to 16GB of DDR4 RAM and up to 256GB of B eMMC and M.2 PCIe TLC SSD, but users can further expand the onboard storage via the microSD card slot.

Over at the front, there is a 13.3-inch FHD display with 300 nits of peak brightness and narrow bezels. However, Lenovo will also offer the ThinkPad C13 Yoga Chromebook with a touch-sensitive 4K OLED panel (400 nits) as well. The device comes equipped with a 51Whr battery that is claimed to last 10 hours on a single charge and supports fast charging as well.

The machine’s I/O is handled by a pair of USB 3.2 Gen 1 Type-A ports, a couple of USB 3.2 Gen 2 Type-C ports, an HDMI 2.0 port, and a 3.5mm combo jack. Wireless connectivity is taken care of by Wi-Fi 6 and Bluetooth 5.0, but support for cellular connectivity is missing. Lenovo has priced the ThinkPad C13 Yoga Chromebook starting at $579 and says it will up for grabs soon, but the company hasn’t provided any details about availability in the international market.