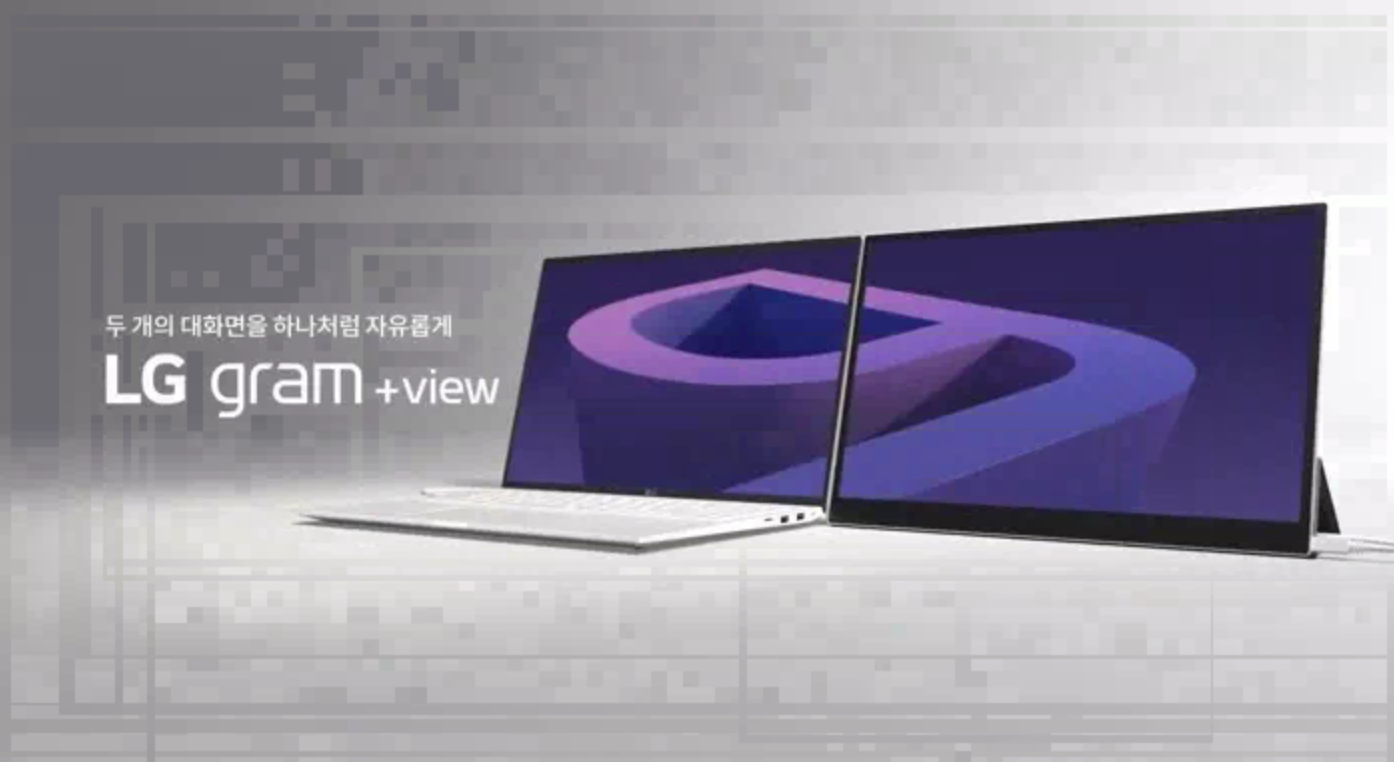 LG has launched a monitor in the LG Gram series and it is a +view 16-inch WQXGA screen. Together with its accompanying stand, the USB-C powered LG Gram 16-inch monitor weighs less than 1kg. Unlike the previous models in the Gram series of laptops, the new model is a monitor that can be connected via a USB-C cable.

The new LG Gram +view 16MQ70 has an IPS panel (2560 x 1600 pixels) that is 16 inches wide. It is unlike the existing 15.6 inches monitors as it offers a more balanced and square screen ratio. The new LG Gram monitor has a WQXGA screen with a 16:10 aspect ratio. The higher aspect ratio affords extra vertical resolution and better productivity than the prevalent 16:9 aspect ratio. The LG Gram +view 16MQ70 has the same screen specification as the 2022 LG Gram laptop and we expect a remarkable output. 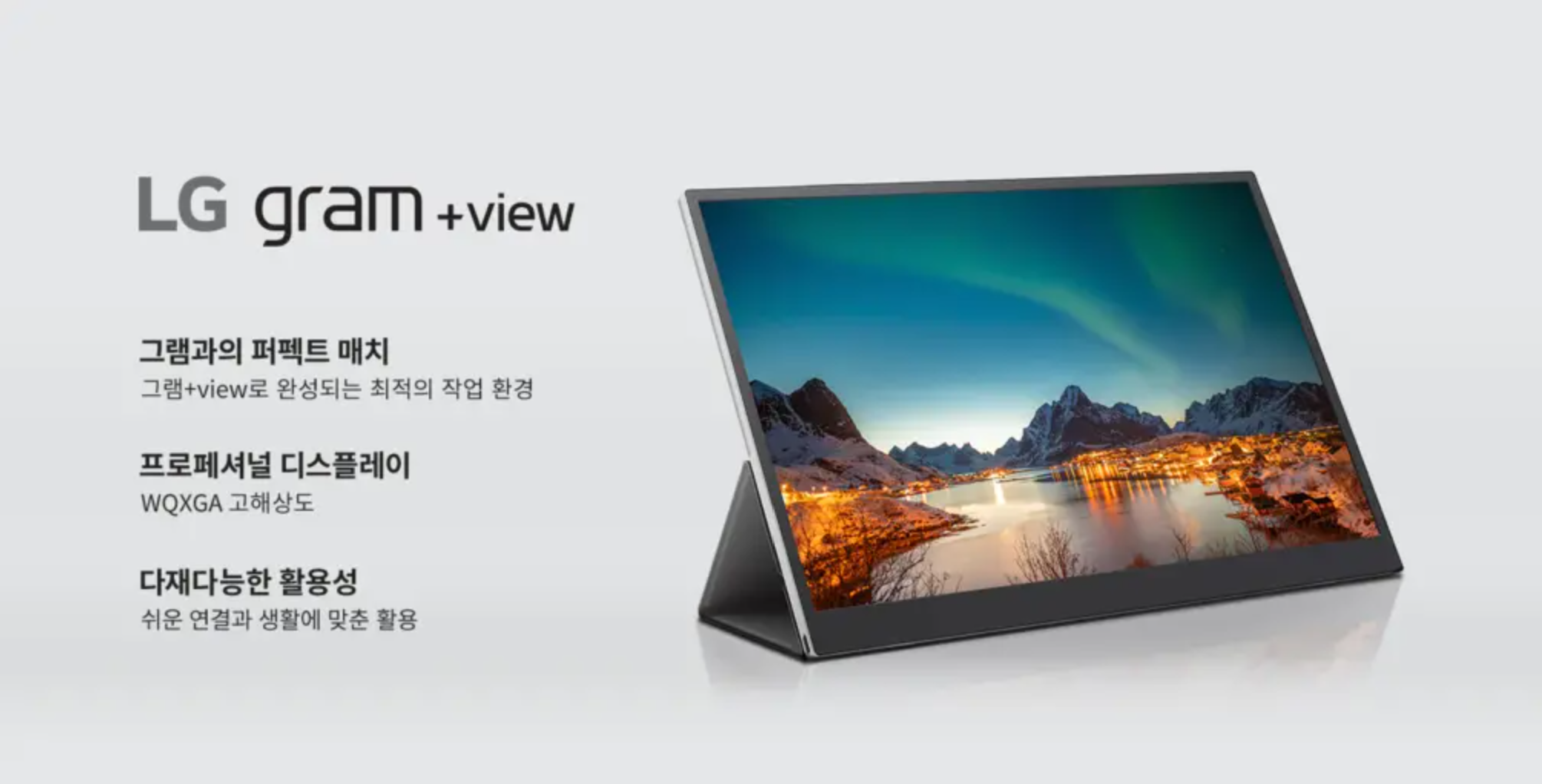 While the monitor itself weighs 670g, the Folio cover/ stand is about 320g, bringing the total weight of the product to be 990g. The cover is a great addition to the monitor as it provides a solid balance and leverage to prop it according to the user’s choice. It is noted that the LG Gram new monitor has a pretty low refresh rate of 60Hz and a response time of 30ms. These properties could make the monitor sluggish, especially in gaming applications. Users can prop the monitor up to 170 degrees for a variety of viewing angles. 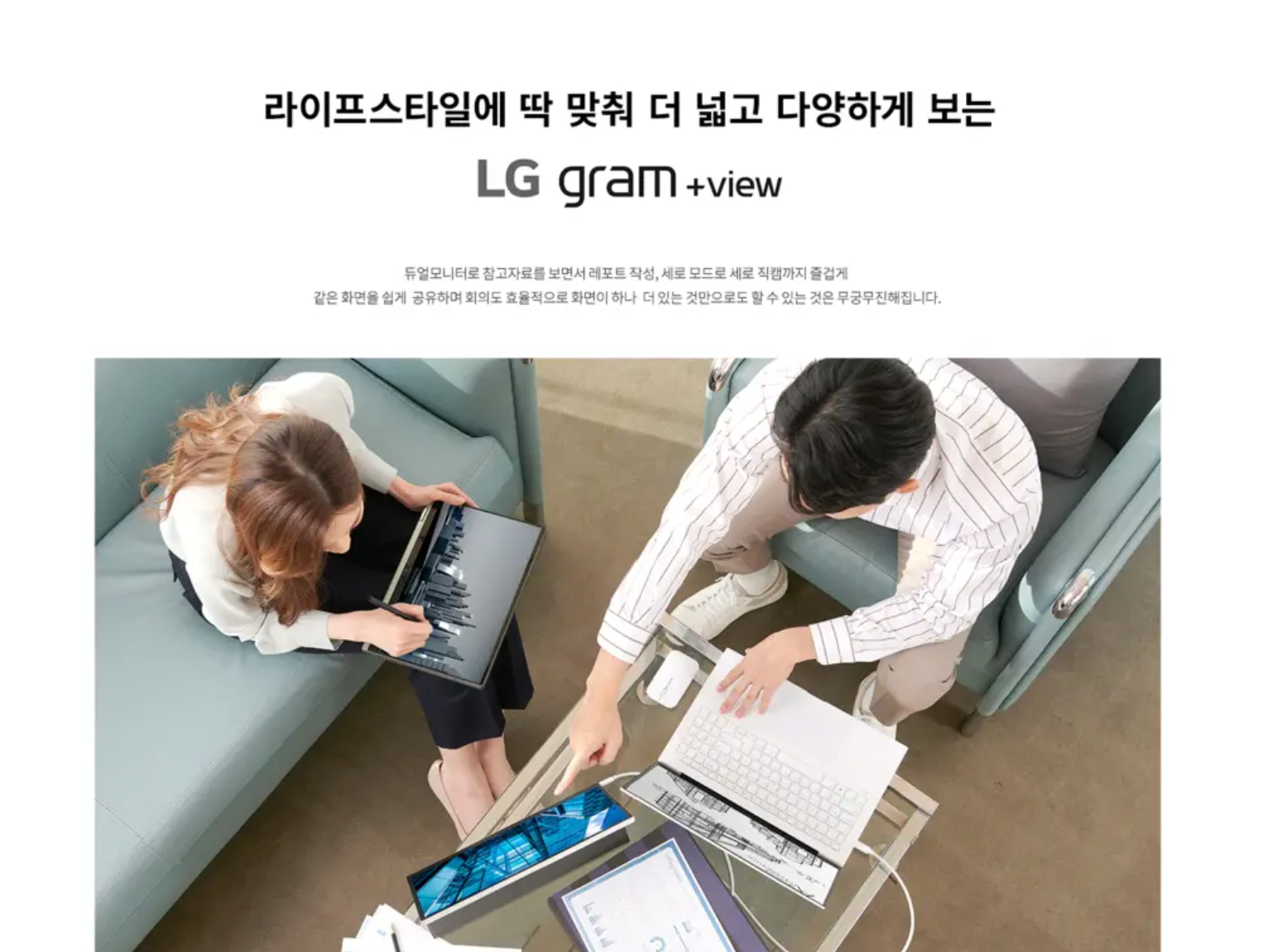 Other features of the LG Gram +view 16MQ70 monitor include auto pivot display, OSD, anti-glare screen coating, low blue light mode, 2 USB-C ports, and a brightness adjuster. The monitor however lacks speakers, as the user may have to use external speakers for applications. The new LG Gram monitor will be available in Japan from mid-April. Other markets will also follow including the US where it is already listed for $349.