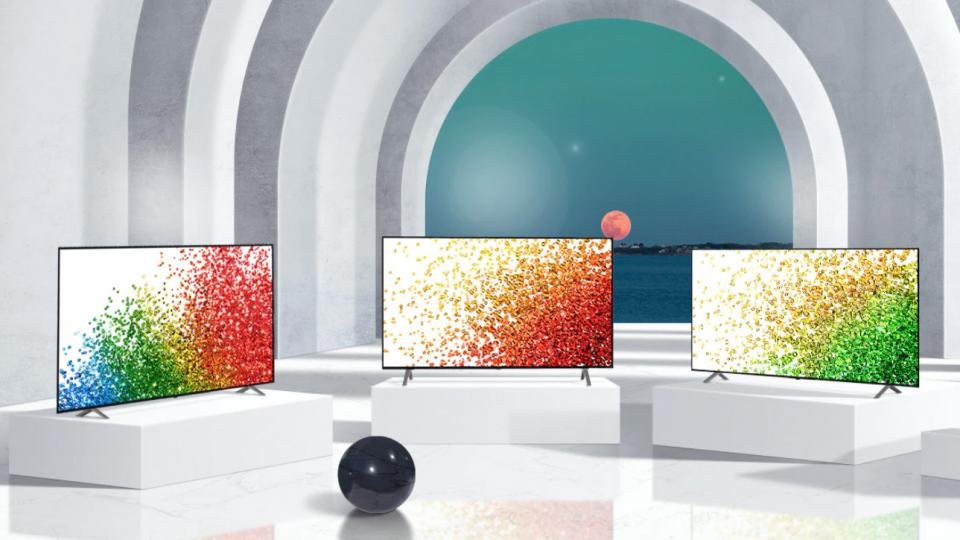 Like just about every other TV manufacturer, LG has a penchant for labelling its televisions with long-winded model numbers comprised of what seem to be random numbers and letters.

The industry-leading South Korean firm sells a huge range of televisions, but trying to tell them apart and work out the differences between them based on their model numbers is not a straightforward task.

Rather than proving enlightening, LG TV model numbers can be very confusing if you don’t know what to look for. That’s where we come in. This guide will help you make sense of LG’s tricky TV naming system and break down its entire line-up, from flagship OLEDs costing a small fortune to more affordable 4K LCD LED options.

With our help, you’ll know exactly what you’re getting if you decide that your next television is going to be an LG.

LG showcased its new TV range of televisions at CES in January and the line-up features a whole host of OLED, MiniLED, QNED, NanoCell and LCD LEDs.

The company is yet to reveal when any of these new televisions will go on sale (or how much they will cost) but we expect to see some models released in the spring, with the remainder of them available by the end of July.

Unlike Sony, LG won’t be releasing a Quantum Dot OLED this year. It will, however, be bringing its brightness-enhanced OLED Evo panel to the extremely popular C series in addition to the more expensive G series.

See related Best TV 2022: Our favourite 4K HDR LCD, OLED and QLED televisionsWhat is HDR TV? All you need to know about High Dynamic Range, and why you should care

While only a couple of models in the OLED range get an Evo panel, every 2022 LG TV will be kitted out with a new fifth-generation processor. Top-of-the-range models will house the Alpha 9 Gen 5 AI Processor 8K or 4K, while cheaper options will incorporate either the Alpha 7 or Alpha 5 iterations.

The fifth-gen Alpha 9 chip powers a number of technologies designed to deliver class-leading picture and audio quality. AI Picture Pro and AI Sound Pro were both used by last year’s premium tellies but the fifth generation sees them receive a couple of key upgrades.

Dolby Vision IQ performance will be enhanced by what LG has described as “Precision Detailing”, which enables more information to be extracted from Dolby Vision HDR content, boosting contrast and delivering a sharper, more detailed picture. On the audio front, AI Sound Pro is now able to upmix stereo audio to 7.1.2 virtual surround sound for a more immersive listening experience. 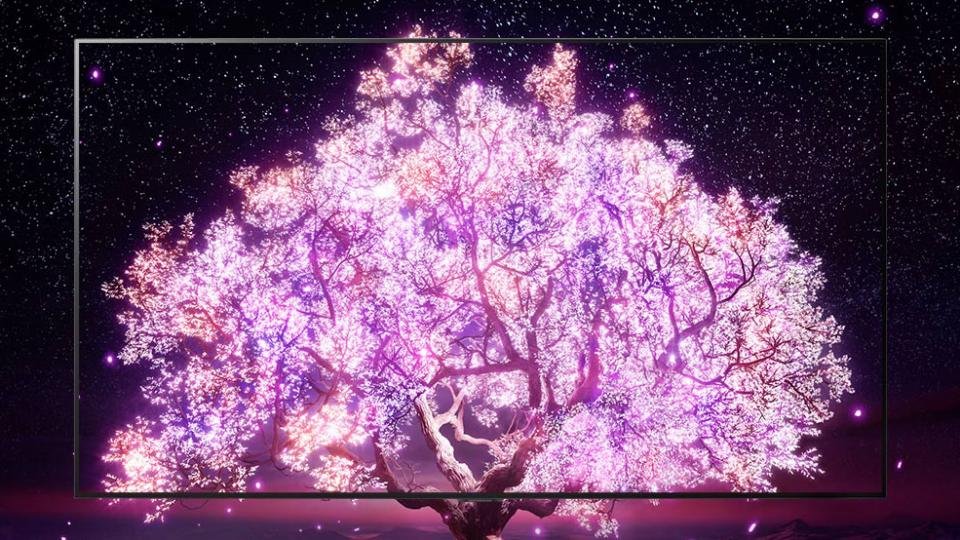 Every new 2022 TV will also feature the latest iteration of LG’s webOS. The naming convention has changed this year, with the version number now representing the year of release. WebOS 22 will introduce a number of new personalisation options, including the ability to create a number of user profiles and an “Always Ready” mode that functions like a power-saving ambient mode. The latter feature will only be available of C, G and Z series OLEDs and the three most expensive QNEDs.

LG has also made strides when it comes to the construction of its flagship OLED sets. Metal plating has been replaced by composite fibre in the G and C series, reducing overall weight considerably.

Finally, LG has introduced a couple of new gaming-specific features. A sports game preset has been added to the Game Optimiser hub along with a Dark Mode, which is designed to reduce glare when you’re gaming in a dimly lit room late at night. The company has also confirmed that the HDMI 2.1 ports on its premium OLED televisions will sport a bandwidth of 48Gbit/s rather than the 40Gbit/s 2020 and 2021 models were capped at.

LG’s model numbers may look daunting at first glance, but they’re actually relatively easy to decipher once you know what each of the component parts refers to.

OLEDs are handled slightly differently from the rest of LG’s range so let’s look at those first. Taking the OLED83C14LA as our example, the model number can be broken down into five parts:

OLED: This indicates that the TV uses an Organic Light-Emitting Diode (OLED) panel.

83: The two digits following the OLED panel type illustrate the TV’s screen size. In this case, we’re looking at an 83in model.

C: The first letter of an OLED’s model number indicates the series to which the TV belongs. “Z” series OLEDs are the company’s most expensive, while the “A” series are entry-level options.

1: The single number following the letter denoting which series a TV belongs to reflects the year of release. Here, the 1 shows it came out in 2021.

4LA: These additional numbers and letters are the least important. They indicate the sales region, type of broadcast tuner and the type of stand the TV uses. 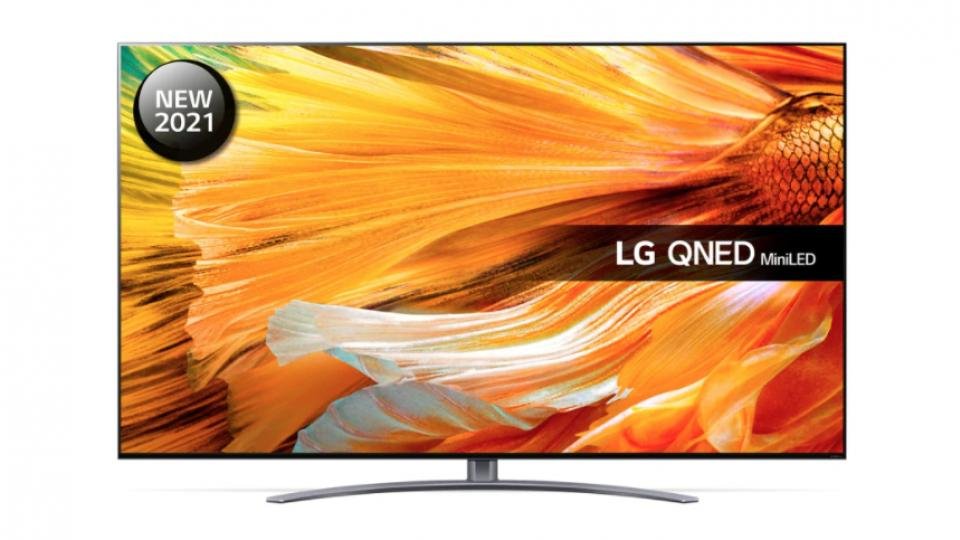 QNED and NanoCell model numbers take a different form but the general gist is the same. Let’s use the 75QNED916PA (pictured above) as our example:

75: Here, we get the screen size before the panel type, so this is a 75in model.

QNED: Next comes the panel type, which in this case is a Quantum NanoCell Emitting Diode (QNED) panel.

91: This reflects the series the TV belongs to. The higher the number, the more advanced (and expensive) the TV is.

6PA: The last section of the model number relates to the same things as it does on an OLED model, namely sales region (or sometimes a specific retailer), tuner type and stand type.

OLEDs typically make up a significant proportion of LG’s TV line-up and that remains the case in 2022. All of the different classes available last year have returned, with a couple getting upgraded Evo panels and some featuring new size options. 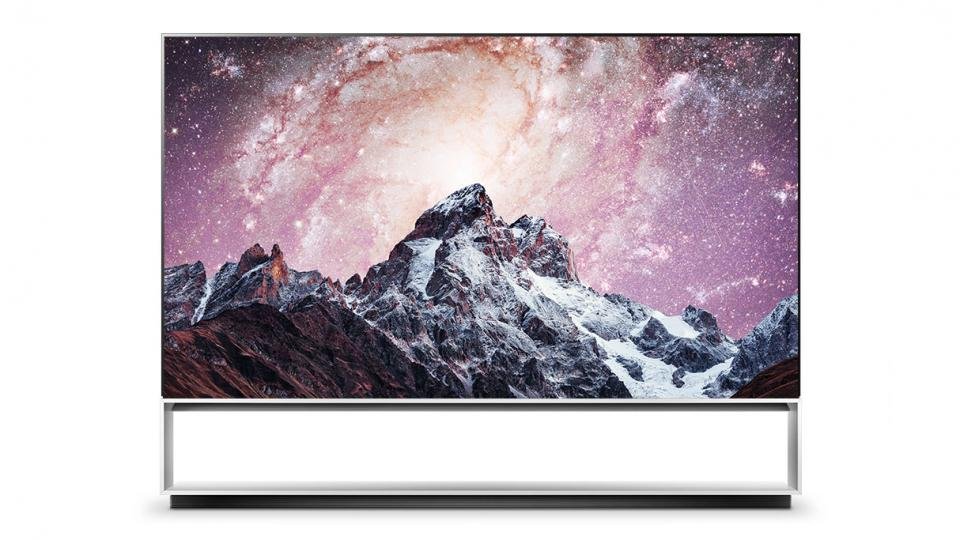 LG Z2 OLED: The Z2 is a premium 8K OLED powered by LG’s α9 Gen5 AI Processor 8K. It’s only available in 77in and 88in screen sizes and will cost an absolute fortune, so you’ll need a big bank balance and plenty of space to afford and accommodate it.

LG G2 OLED Evo Gallery Edition: LG’s flagship 4K OLED, the G2, is powered by the 4K version of the α9 Gen5 chip and will be available in a wider range of sizes than the Z2. There will be 55in, 65in, 77in, 83in and 97in models available, all of which will be optimised for wall mounting. The G2 uses LG’s Brightness Booster AI algorithm and promises to be the company’s brightest OLED yet.

LG C2 OLED Evo: The C2 is the follow-up to our favourite TV of 2021, the LG C1, and gets a new 42in screen size in addition to 48in, 55in, 65in, 77in and 83in options. All OLEDs from this point upwards have four HDMI 2.1 ports that support all the key gaming features such as ALLM, VRR and [email protected] The smallest models are likely to be some of LG’s most popular TVs this year as they’ll deliver a next-gen OLED experience without taking up too much space. 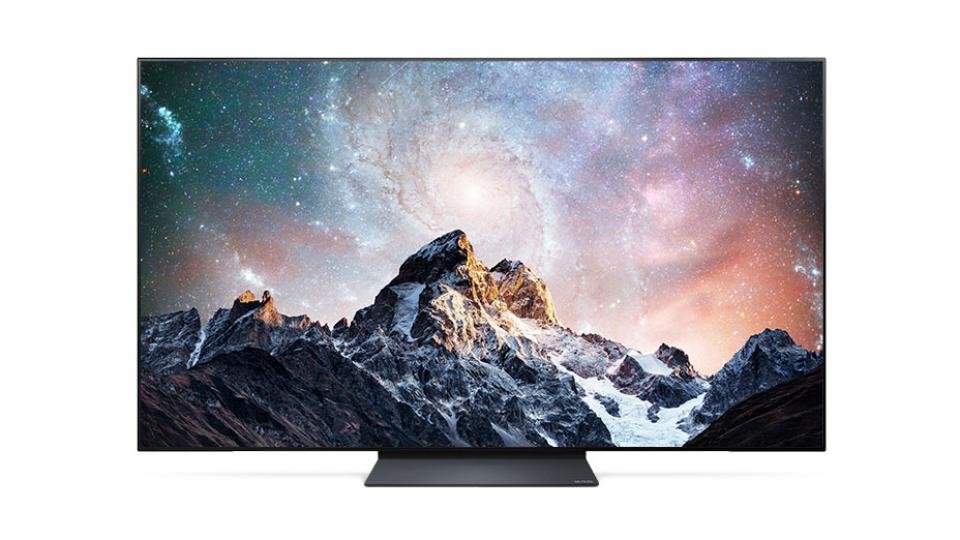 LG B2 and LG A2: Both of these models are powered by LG’s less advanced α7 Gen5 AI Processor 4K. They’re more affordable entry points to the LG OLED line-up and cut a few picture and audio enhancements found on more premium models.

If you decide an OLED isn’t for you, LG has plenty of options, including a QNED (Quantum NanoCell Emitting Diodes) line-up that makes use of a trio of panel technologies: Quantum Dot, Mini LED and NanoCell. All QNED options feature 120Hz panels and HDMI 2.1 ports.

LG QNED99: Top of the QNED pile is the 8K QNED99. It uses LG’s smartest, most powerful processor along with its most advanced LCD panel, which offers over 2,000 independently dimmable zones controlled by Precision Dimming Pro+.

LG QNED95: Another 8K alternative, the QNED95 looks very similar to the QNED99 but makes do with the less advanced Precision Dimming Pro. It’s also only available in 65in and 75in screen sizes, unlike the QNED99, which also comes in 86in. 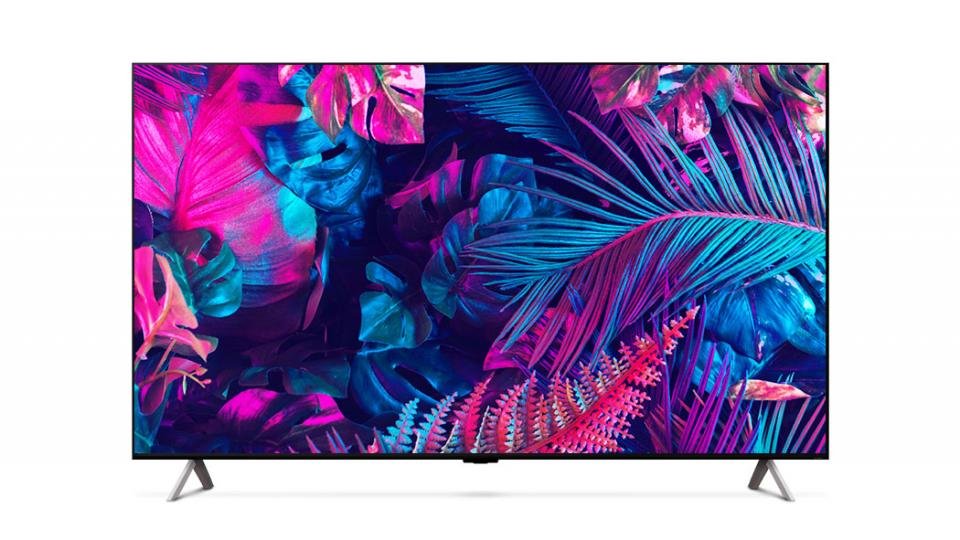 LG QNED90: Available in the same sizes as the QNED99, this is the first of the 4K options combining Quantum Dot, Mini LED and NanoCell technologies. It’s powered by the Alpha 7 chip and only gets LG’s basic Precision Dimming technology.

LG QNED80: While the QNED80 features a Quantum Dot NanoCell panel, it doesn’t use Mini LEDs so won’t have as many dimmable zones and therefore won’t be able to deliver the same level of contrast as pricier QNED options.

These were pushed hard by LG in 2021 but the company seems to be moving away from them in 2022 in favour of Mini LED models. There are a couple of new options available though, and they’ll cost less than their Mini LED counterparts.

LG NANO80 and NANO75: Both of these tellies are powered by fifth-gen Alpha 5 AI processors. The NANO75 is available in 70in and 86in models in addition to the 50in, 55in, 65in and 75in options the NANO80 comes in but its panel only has a 60Hz refresh rate. 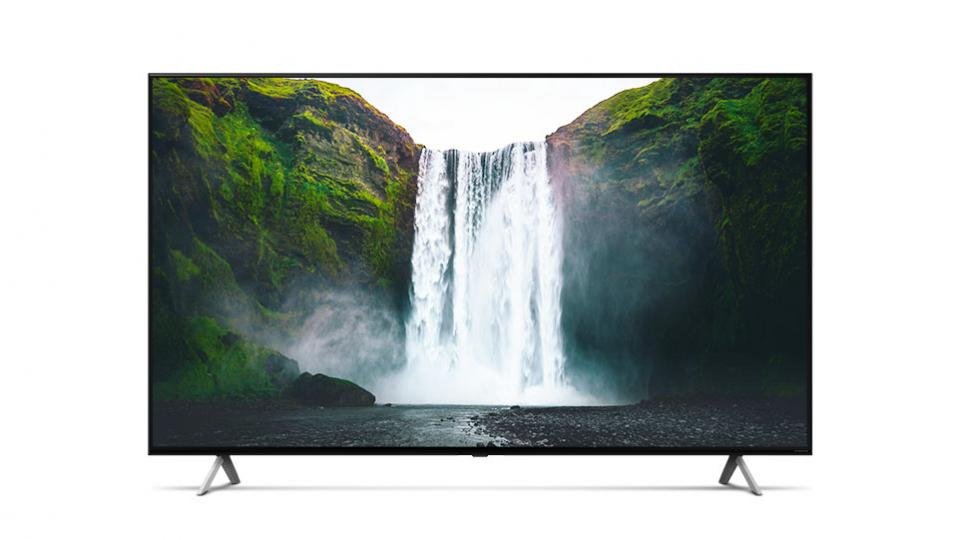 LG UQ90/UQ80/UQ75: LG’s LCD LED offerings are all powered by the same Alpha 5 AI processors as the Nano80 and Nano75 but have less advanced displays. Expect fewer picture and audio enhancements technologies the further you move down the range and less provision for next-gen gaming.

In addition to its extensive line-up of TVs designed to be watched from the sofa, LG has a couple of rather funky options catering to a more creative crowd.

LG ART90: Part of the LG OLED Evo Objet Collection, the ART90 takes the form of a 65in OLED complete with a sliding textile cover that houses a 4.2-channel speaker system packing 80W of sound. 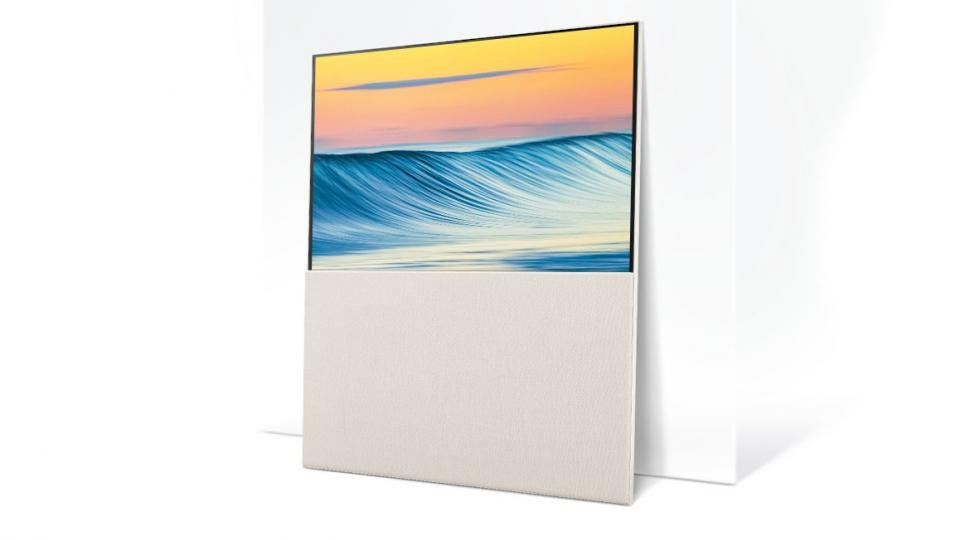 LG Stanbyme (ART10): This 27in TV caters to those wanting a portable, flexible display. It’s attached to a stand that can be moved around on wheels, rotated 180 degrees, tilted 130 degrees, swivelled 50 degrees and height-adjusted by up to 20cm.

As none of the 2022 models are currently available to purchase, let’s take a look at options from last year that are still being sold.

LG R1: The R (or R1) ‘Rollable’ is LG’s advanced, flexible, rolling screen system that scrolls up out of its own self-contained Dolby Atmos soundbar audio system. This uber-premium 4K OLED is as impressive as it is expensive. Price: £99,999

LG C1: The 2021 C1 range, although still incredibly well-specced, is not blessed with the innovative Evo tech, and the audio is slimmed down to 2.2ch and 40W. However, next-gen gaming is assured across the five different size options and the picture quality is the best in its price range; you can read all about its HDR prowess in our LG C1 review. Price: From £1,099 (48in)

LG A1: The A1 was a new entry-class OLED introduced in 2021 and its four size options remain great 4K OLED prospects despite their inferior 60Hz refresh rate and lack of next-gen gaming support. Price: From £899 (48in)

QNED99 and QNED91: Like their 2022 refreshes, these premium LCD TVs feature ‘Quantum NanoCell Emitting Diode’ tech combined with MiniLED backlights that allow for hundreds of dimming zones. The 99 houses an 8K panel and fourth-gen Alpha 9 chip, while the 91 delivers 4K resolution and is powered by an Alpha 7 processor. Price: From £2,999 (QNED99 65in) and £1,699 (QNED91 65in) 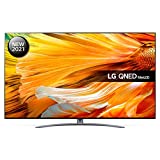 NANO range: Cutting MiniLED backlighting and therefore cost, LG’s 2021 NANO range is comprised of a number of entries, the most expensive of which is the 8K NANO96. Options get gradually less advanced as you work your way down through the NANO91, 86, 80 and finally, the NANO75.

LCD LED range: LG has an extensive array of LCD LED televisions catering for a wide range of budgets. The most expensive entry still being sold is the UP81, while the cheapest is the UP75, which we reviewed late last year.