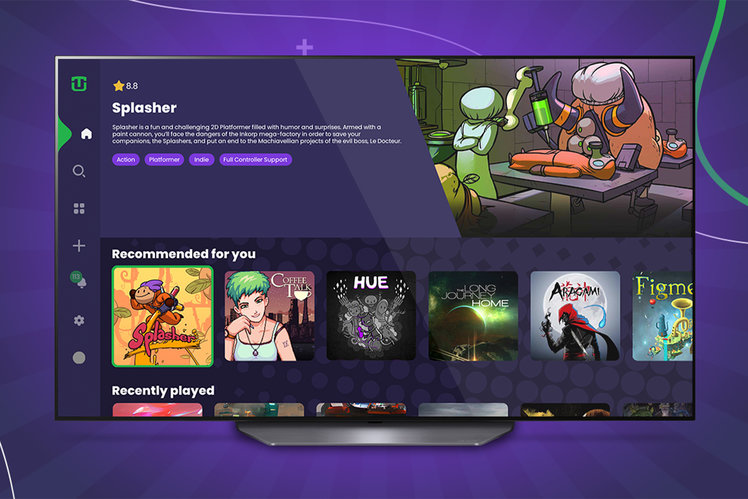 LG has announced an update to what it calls the Gaming Shelf on its latest TV models, with a couple of new streaming services coming down the pike.

First up is Blacknut, which has a somewhat niche library of 500 PC and console games available to stream directly, many of them cult classics and interesting indie options. That will be added to the Gaming Shelf at some point during September according to LG.

Then, in November, it’ll add Utomik, a bigger streaming service that’s noteworthy for being one of those already included on Samsung’s recently-launched Gaming Hub, present on all its 2022 monitors and TVs.

It’ll only be the Utomik Cloud part of Utomik that’s available, obviously, which means another 100+ games, taking LG’s streamable library to a pretty healthy place.

The changes will come for any TV running webOS 6.0 and webOS 2022, according to LG, and will also add the Gaming Shelf to the Home Screen, making it accessible in a very similar way to Samsung’s Hub, prominently from within the main TV menu.

In any case, to access these streaming platforms all you’ll need is a valid account and a controller to pair with your TV, confirming that we’re definitely on the cusp of seeing really widespread integrated game streaming on TVs.

LG already had Google Stadia and some Nvidia GeForce Now options on its TVs, so if it can add Xbox Cloud Gaming, the major missing piece, it’ll have a strong platform to compete with Samsung’s.