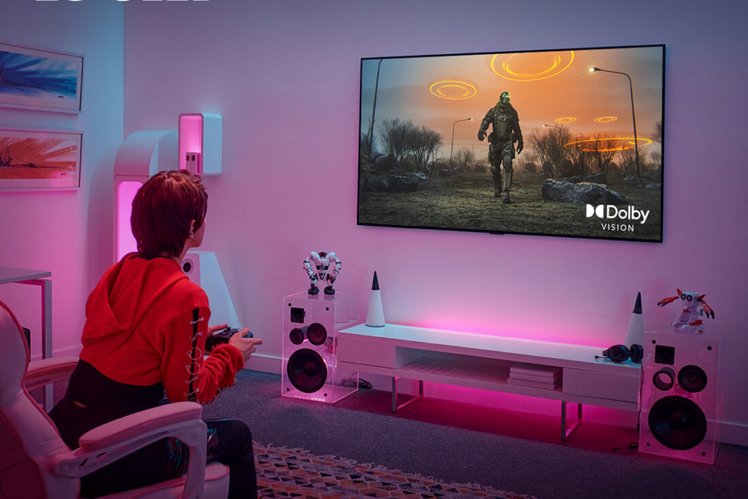 LG has rolled out a firmware update to its latest OLED TVs that enables support for 4K 120Hz with Dolby Vision.

The 03.15.27 update has been spotted by LG TV owners over the last couple of weeks, and now the company has confirmed in a blog post it will be the first to offer to support Dolby Vision HDR at 4K 120HZ.

Initially, LG indicates that the update is available on the C1 and G1 2021 OLED models. From July, though, more of the 2021 lineup – the OLED Z1, QNED Mini LED QNED 99 and NanoCell NANO99 – will also receive support.

The enhancement is a particular boon for Xbox Series X and Series S gamers, with the Microsoft consoles set to make the leap from HDR10 to Dolby Vision before Sony’s.

LG’s announcement, of course, follows Microsoft opening up Dolby Vision testing for Alpha Ring members back in May, with the feature expected to help deliver sharper contrasts, richer colours and brighter highlights.

All in all, it’s an encouraging development for gamers, since it represents one of the rare avenues to achieve peak visual performance with low-latency frame rates.

However, this is still something that will require work from game developers. At present, the games supporting Dolby Vision is pretty much zero, so that jigsaw piece is still required before this becomes, in any way, a mainstream occurrence.

With a new LG Game Dashboard launching alongside this update, giving some LG TV owners the chance to play around with HUD-like onscreen menus, pre-defined TV settings and the like without them having to leave games, LG is positioning itself as the go-to option for gamers.

When rival manufacturers are able to catch up to the latest advancements remains to be seen, naturally.