LG has been an innovative smartphone manufacturer, and we’ve seen some out-of-the-ordinary smartphones from it recently. The LG G5 was a notable attempt at a modular smartphone, while the more recent LG G8X ThinQ and LG Velvet were foldable dual-screen models. The LG Wing is yet another one that breaks conventions with a futuristic and completely different form factor. The primary display rotates to a horizontal position, revealing a smaller secondary display below it. The LG Wing forms a “T” shape when opened, and that raises a few questions – will this form factor be useful for multitasking, or is this just a cool party trick? Here is my review of the LG Wing.

The LG Wing has a unique design and there is nothing that looks like it in the Indian smartphone market. That is a big achievement, especially considering that it’s really hard to distinguish between smartphones these days. The LG Wing is tall and narrow, with super-slim bezels all around the primary display, which makes it look like it’s bursting at the seams. The phone is noticeably thicker than usual at 10.9mm, since there is some gap between the two halves so that the rotating display can move freely. LG has placed a secondary 3.9-inch display beneath the primary one, and it’s only powered on when you rotate the primary display open. The phone tips the scales at 260g which can definitely be felt when you are holding it. If you like sleek and light smartphones, this one won’t be up your alley.

The LG Wing has an in-display fingerprint scanner on the primary display which is well-positioned and easy to reach when the upper half is in its default position. All the buttons on the LG Wing are on the right side and are not exactly within reach; I had to stretch a bit to reach the volume buttons. The buttons are also somewhat hard to reach when the primary display is in “T-mode”, as LG calls the open position.

The left side only has the SIM tray. The frame of the LG Wing is made of metal and feels premium. While we expect a hole-punch front camera on a premium smartphone these days, it wouldn’t really be feasible on the LG Wing given its rotating display. As a result, LG has opted for a pop-up camera module at the top of the frame.

At the back, the LG Wing has a triple camera setup. The camera module protrudes slightly, but not as much as the one on the Samsung Galaxy Note 20 Ultra. LG offers the Wing in a single colour, called Illusion Sky. You get a 4,000mAh battery and a 16.2W charger, just like the one that comes with the LG Velvet which I recently reviewed. Just like most other premium LG smartphones, this one is also MIL-STD-810G rated for durability, and as per the company, it should be able to survive a few falls as well as humidity and temperature variations. It is IP54-rated for dust and water resistance so it can handle splashes, but you would be better off keeping it away from water.

You get a big 6.8-inch 20.5:9 OLED display with a full-HD+ resolution at the top, and a smaller 3.9-inch display underneath. The LG Wing is powered by the 5G-ready Qualcomm Snapdragon 765G processor, with 8GB of RAM and 128GB of storage. You do have the option to expand storage by upto 2TB thanks to the hybrid dual-SIM slot, but you will need to choose between a second SIM and more storage. In terms of connectivity, the LG Wing offers Bluetooth 5.1 and dual-band WiFi ac. There’s a 4000mAh battery and support for Quick Charge 4.0+ but you will need to buy a compatible charger separately if you want to use that to its full potential since the supplied 16.2W unit isn’t particularly fast. 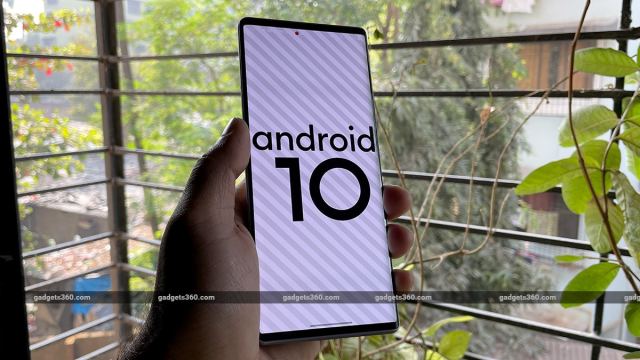 The LG Wing runs Android 10 out of the box

In terms of software, you get Android 10 with LG’s customisations on top. My unit was running the December Android security patch which is recent. I found the UI to be identical to that of the LG Velvet and you shouldn’t have any issues finding what you need. Swipe-based gesture navigation is enabled by default but you can switch to navigation buttons. You have lots of options to tweak the display, including preset colour modes. LG does preinstall a few apps and games on the LG Wing including Facebook, Instagram, Asphalt 9, Whale Browser, Sniper Fury, Dungeon Hunter 5, Modern Combat 5, and a few Google apps.

Given the swiveling display of the Wing, you can set up shortcuts to launch two different apps at a time for multitasking. Even if you don’t set up specific combinations of apps, there are certain functions that the secondary screen serves. For example, if you have YouTube running on the primary display, the smaller secondary one offers you media controls which make it easy to control video playback. Whenever you tap a text field in any app, the secondary display automatically switches to the keyboard. This makes typing very easy and it’s even possible to type one-handed. 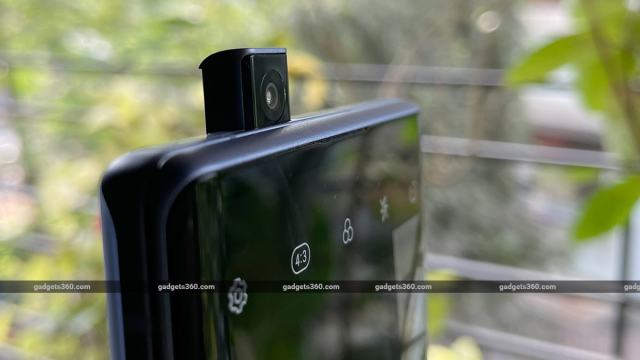 The LG Wing has a 32-megapixel pop-up selfie camera

I couldn’t find a way to run a single app across both screens like I could on the LG G8X ThinQ (Review) and the LG Velvet (Review), but that isn’t a dealbreaker, especially considering their different sizes and orientations. I found it useful to take notes on the second display while watching a video on the primary one, for example. It was also useful to have Google Maps running on the primary screen and Spotify on the other. LG makes you choose which apps you wish to allow to run on the secondary display in the Settings, so you will need to enable that for a particular app before you can use it. If you don’t wish to run a second app on the smaller display, you can use it as a trackpad for the primary display. While gaming, game tools are available on the secondary display which makes it easy to change game settings.

The LG Wing gave me no reason to complain while I was using it. The in-display fingerprint sensor is quick, and usually unlocked the smartphone with a single scan. Apps launched swiftly and I could multitask using two apps simultaneously without any issues. The primary display is crisp to watch videos on, but I wished that the LG Wing had more powerful speakers.

I ran our usual set of benchmarks on the LG Wing. It returned 321,311 points in AnTuTu and 8,131 points in PCMark Work 2.0. In Geekbench 5’s single- and multi-core tests, it returned 603 and 1,795 points respectively. In the graphics benchmark GFXBench’s T-Rex and Car Chase scenes, the LG Wing managed 60fps and 17fps respectively. The scores are lower than those of the base variant OnePlus 8 Pro we tested, so if you are looking for a powerful smartphone at this price level, the OnePlus 8 Pro packs in more performance. 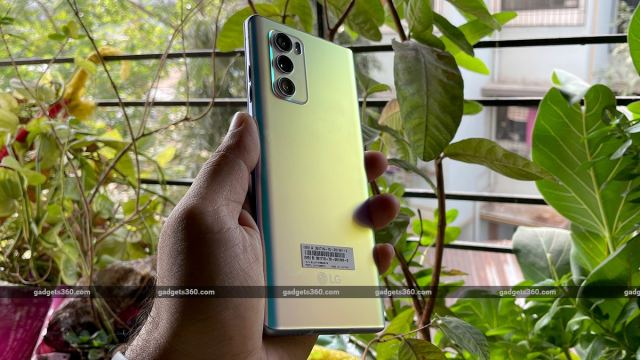 The LG Wing has a triple camera setup on the rear

Gaming performance on the LG Wing was good. It ran Call of Duty at High settings and did not have any issues. The phone did get slightly warm after playing the game for about 25 minutes. I also played Asphalt 9: Legends and the Wing ran it without any lag or stutter. When the smartphone is flipped open, the second screen shows Game Tools which can be used to enable DND more and also change the graphics quality.

In terms of battery life, the LG Wing lasted me about a day and a half without any issues. In our HD video loop test, it lasted for 17 hours and 6 minutes which is acceptable given its battery capacity. Charging the LG Wing using the supplied charger took close to an hour and a half. 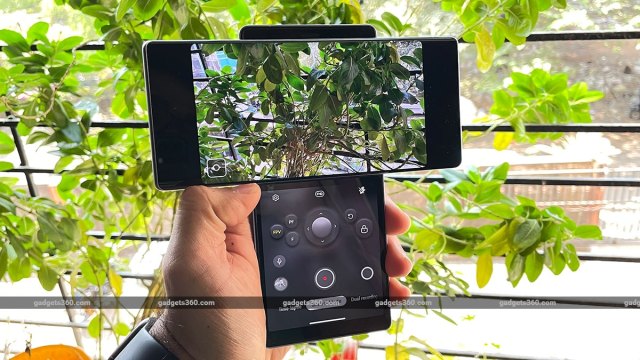 Surprisingly, only two of these cameras can be used when the LG Wing is in the folded state. The 12-megapixel ultra-wide-angle gimbal motion camera is put to use in “T-mode”. LG has designed two different interfaces for the camera app as well. When you launch the camera app in the folded state, you get the usual functions and shooting modes. You take photos using the 64-megapixel sensor by default, but can switch to the 13-megapixel ultra-wide-angle sensor for wide-angle shots. When you flip the main display open, the 12-megapixel ultra-wide-angle camera takes over and the secondary display becomes a completely different UI which has gimbal-like controls. The Wing also offers a dual-recording mode which lets you shoot using the ultra-wide and the selfie camera simultaneously, which could be interesting for vloggers.

I shot most of my sample photos with the LG Wing in its folded state, using its primary camera. The AI scene detection could quickly detect what it was pointed at before I hit the shutter button. Daylight shots taken using the primary camera had very good dynamic range and crisp details. Even if you magnify photos to full size, you will find good details, and text at a distance will be legible. The first wide-angle camera offers a wider field of view but there is noticeable barrel distortion at the edges. The colour profile is very slightly different from that of the primary camera. It manages good shots as well, but details aren’t as good as with the primary camera. 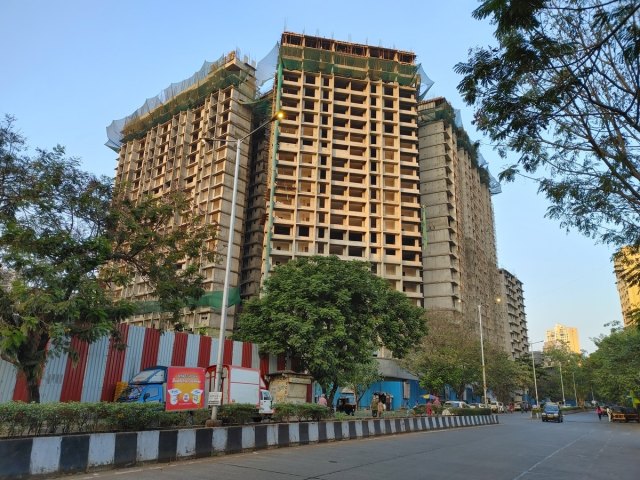 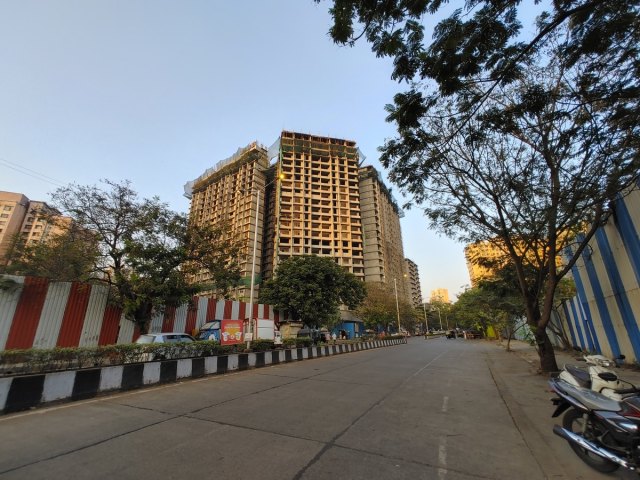 Close-up shots taken with the LG Wing were good, and the phone simulated a soft depth of field effect.Portrait shots were also good, with excellent edge defection. 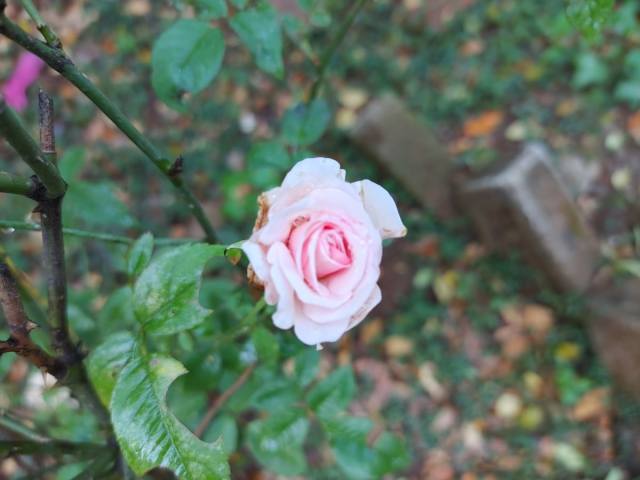 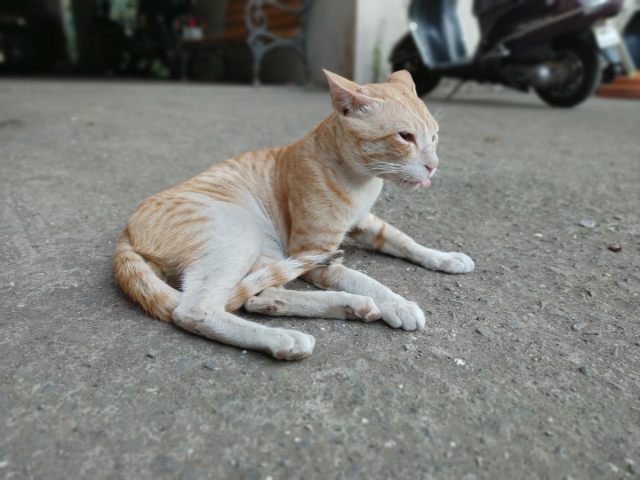 Low-light shots taken with the primary camera came out well, and the AI does help improve quality. The LG Wing takes about two seconds to capture a shot but reproduces good details even in the default shooting mode. With Night mode enabled, the phone keeps the shutter open for longer which helps with slightly better details, however, you will need to have a steady hand while shooting. 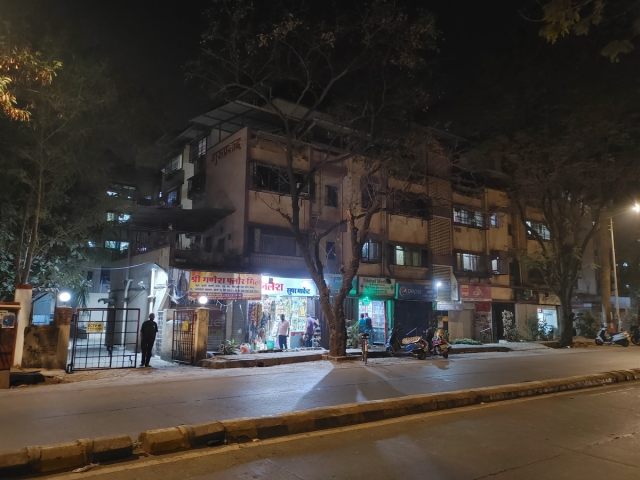 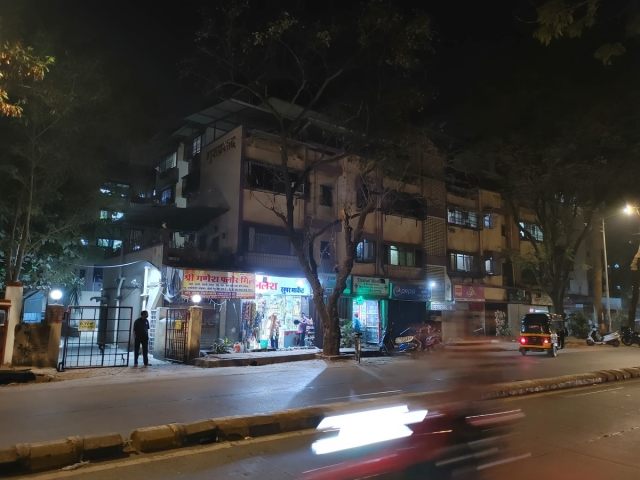 Video recording maxes out at 4K 60fps for the primary camera and 4K for the selfie camera. Footage shot at 4K as well as at 1080p in daylight was stabilised and had no issues. There is a Steady Cam mode which uses the 13-megapixel ultra-wide-angle camera and crops into the frame to stabilise it. You can also shoot using the 12-megapixel ultra-wide gimbal motion camera after opening the LG Wing. The gimbal controls make it easy to pan and tilt the camera, and this one does a much better job of stabilising footage. Just like the LG Velvet, there is ASMR (Autonomous Sensory Meridian Response) which bumps up microphone sensitivity helping it pick up even faint sounds rather easily.

The LG Wing is a one-of-a-kind smartphone that brings a completely new form factor to the market. LG’s approach is unique, and the Wing stands out in a sea of similar-looking smartphones. Since this is LG’s first attempt at a T-shaped folding smartphone, the Wing is a bit thick and bulky, which could make a few buyers think twice. There aren’t many rough edges here, but recent reports hint that LG could quit the smartphone industry entirely, making a successor uncertain.

The LG Wing offers good cameras. The form factor and dual camera recording feature makes it a worthy pick for vloggers. It is also 5G-ready and offers decent battery life. If you are looking for maximum performance for your money, the OnePlus 8 Pro (Review) would fit the bill better, but If you want to stand out and try a unique new approach, do give the LG Wing some consideration.