You can’t have a party without ear-splitting speakers and badass lighting. That’s not just my opinion; it’s also the inspiration behind LG’s XBOOM 360, a party speaker that combines omnidirectional Bluetooth sound with customizable lighting effects.

Shaped like a lantern and named like a game console, the XBOOM 360 features omnidirectional speakers, a 10-hour battery, and cute fabric coverings (burgundy, beige, black, green, or brown). You can plug it directly into a wall for endless listening, or hang it from a tree to help sound travel as far as possible.

The speaker’s integrated LEDs come with a ton of lighting presets. There’s an ambiance preset, a nature preset, and a handful of flashing party presets. You can even customize the lighting effects within an app, although LG hasn’t detailed just how much you can customize (I don’t expect a lot, and to be honest, that’s fine).

And oddly enough, LG also says that there’s a DJ Effect that lets you mix samples and scratch virtual records. It sounds interesting, but again, we don’t really know how this effect works— dedicated DJing apps are probably the way to go.

The LG XBOOM 360 launches sometime this September for $370. You can pre-order the speaker now on B&H, but just to be clear, there’s no official shipping date. 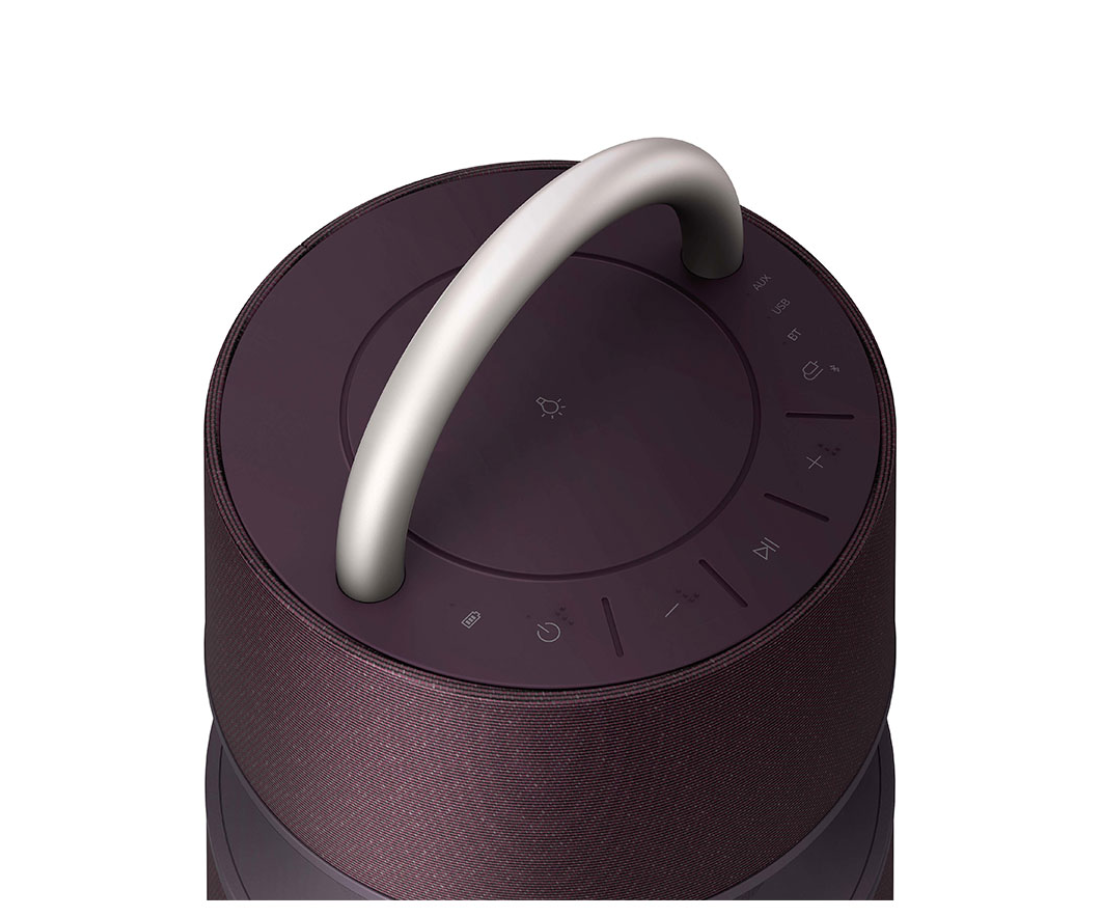 Logitech’s latest party speaker features 360-degree sound and a built-in light with presets for nature, ambiance, or parties. It connects to your phone via Bluetooth, USB, or 3.5mm cable. Pre-orders are $370 at B&H.

Source: LG via The Verge