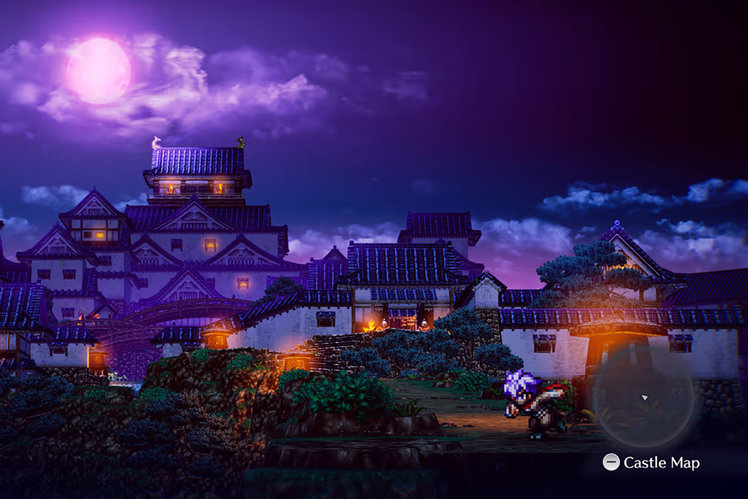 Live A Live is back from the dead.

The cult RPG first released in 1994 has been remade for 2022 and the Nintendo Switch, offering the same carousel of seven short, distinct stories that share similar gameplay systems.

It’s also been revitalised with the 2.5D art style favoured by Square Enix recently, and we’re hugely impressed by how refreshing it feels so long after it was first dreamt up.

A multitude of tales

Live A Live, as mentioned, is structured in a really interesting way – all the more so given how long ago it actually released the first time around.

It offers up a roster of stories for you to pick from and play in any order you like, including the ability to drop in and out of each before it’s completed.

Each is set in a different time period, ranging from ancient history through periods like the Wild West and all the way out into the distant future. Each story is unique, although some themes and questions resonate through them and the game does eventually tie them together in oblique ways.

In one, you’ll take on the role of a service robot in a spaceship travelling between the stars, while another might have you training new disciples as a Kung Fu master in the mountains of China, or infiltrating a tightly-guarded castle in Edo-era Japan.

The variety of stories is really refreshing, and each has a pretty different tone to sample – from comedy-inflected to far more serious – while gameplay is also divergent between them. 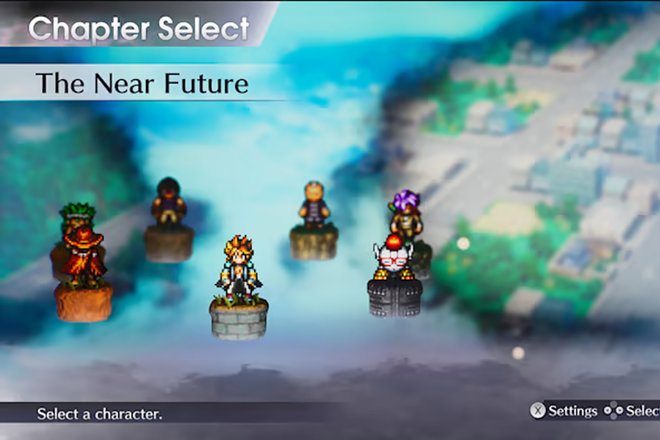 It gives Live A Live the feeling of an anthology – something that’s all too rare in gaming – but, crucially, one that features a coherent art style and some well-placed overlapping themes that tie everything together.

Each story resolves in a way that comes to feel like an echo of the others, before the game starts to really ramp things up as you race to the overall finish.

Across all of the stories you’ll play in Live A Live, there’s a very new art style to contend with – or, at least, new for the game. If you’ve played Triangle Strategy or Octopath Traveler, you’ll recognise the sprite-based 2.5D style from those games here. 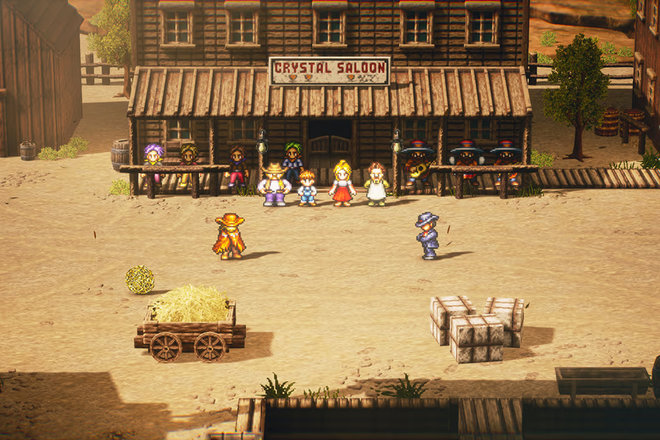 If anything, though, we think it’s far improved on in this case – where those games had washed-out, sepia-tinged colour palettes that invoked nostalgia and grittiness, Live A Live is far more colourful and saturated in a way that we’ve been relishing.

When you’re in a verdant bamboo forest, the whole screen oozes green, and the purple midnight of a fantastical shinobi fortress is vividly painted, too. The artistic license being taken is impressive, and the way the visuals shift between time periods is rewarding, too.

This takes another step when you’re in combat, which employs particle effects to add emphasis and power to the moves you or your enemies employ, and it makes for a really smart blend of old and new techniques that we think comes off nicely. 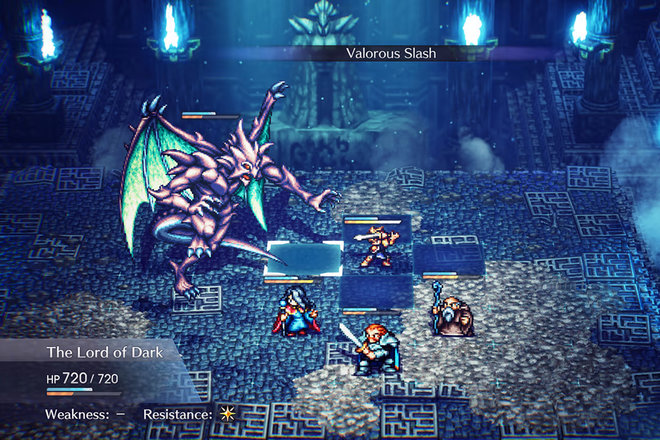 There may be some who feel it’s too far a departure from the original’s visual flavour, but we’re now nearly 30 years on from that game’s release, so it’s actually somewhat remarkable to us to see it rekindle almost any of that original style.

The soundtracks of each story have also been remastered, which is welcome. The funky chiptune essence has been replaced with funky orchestral versions that are really quite enjoyable (although they can veer into repetitive if you’re ever stuck).

Plus, each story now has extensive voice acting that we’ve been pleasantly surprised by, with a big cast and plenty of solid performances being put into a script that is occasionally smushy but often really quite deft.

From this perspective, this is straightforwardly just a really good remake, with the stories preserved and the look and feel updated but not taken into a whole new context with 3D art or anything outlandish.

In terms of gameplay, anyone who played and remembers Live A Live the first time around will be right at home – although, outside of Japan, that can’t be a huge population. While the visuals and audio might have changed, the maps and battle are all the same. Once again, you fight enemies on a grid in turn-based combat that moves nice and quickly.

Between battles (many of which are optional across different stories), you’ll move around open levels and work out the way forward by talking to various characters – although there is one massive modern concession here. 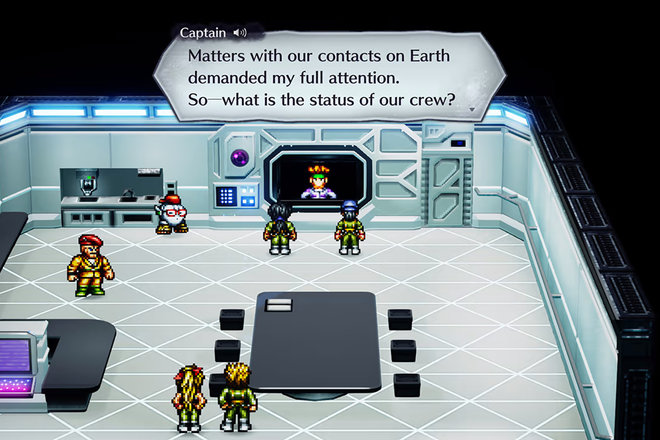 Where in 1994 on the SNES you would have to do a lot of trial and error to find out where you were meant to be for the next story beat in some of the tales, Square Enix has added a crucial function in the form of a minimap this time around.

It’ll point you toward your next objective in a way that still leaves you to figure out how to navigate to the right spot (which can be complicated in the more sprawling areas), but you won’t have to scramble in the dark, and it makes it miles easier to progress. We think it’s a great change, but, once again, purists might not love it.

The process of exploring each level is pretty zippy, though, thanks to the high movement speed of your sprites. This means each tale is fairly brisk, and the fights are similarly fast-paced, given that turns move as quickly as you want them to.

You can deploy plenty of powerful attacks and, for the most part, there’s very little grinding required, with a few stories that are incredibly light on combat in the first place.