Logitech is fast gaining a formidable reputation for its amazing products, usually computers and smartphones peripherals and accessories. The company has now launched a new wireless mouse. The Logitech G PRO X Superlight wireless gaming mouse which happens to be the brand’s lightest and fastest professional gaming mouse to date. The gaming mouse weighs only 63g. 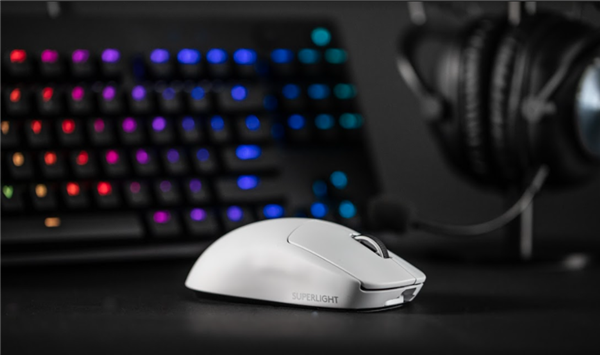 In terms of configuration, the G PRO X Superlight uses a Hero 25K sensor with a DPI of 25600. It can be connected via a 2.4GHz adapter and features a standard battery life of 70 hours.

The G PRO X Superlight is scheduled to go on sale on December 3 and is priced at US$149.99. The mouse comes in black and white. The price in China is yet to be revealed. At this price, some critics believe that the Aerox 3 wireless mouse which weighs 66g is more cost-effective. The Aerox 3 comes with USB-C charging, Bluetooth dual-mode connection and more lighting effects. It equally comes with an IP54 waterproof rating.

Do recall that earlier this year, Logitech unveiled the Powered 3-in-1 Dock which is described as a fitting replacement for the discontinued Apple AirPower wireless charger. The $129 charging dock has the capability to wirelessly fuel an iPhone, Apple Watch, and a pair of AirPods all at once. The design includes two wireless charging zones: one stand-style pad meant for a phone and a flat pad for a pair of headphones. There is equally an extension to the right of the phone charging pad which houses a watch charger, also wireless.