You are here: Home / Technology News / Games / Logitech G923 review: The (True)Force is strong with this one 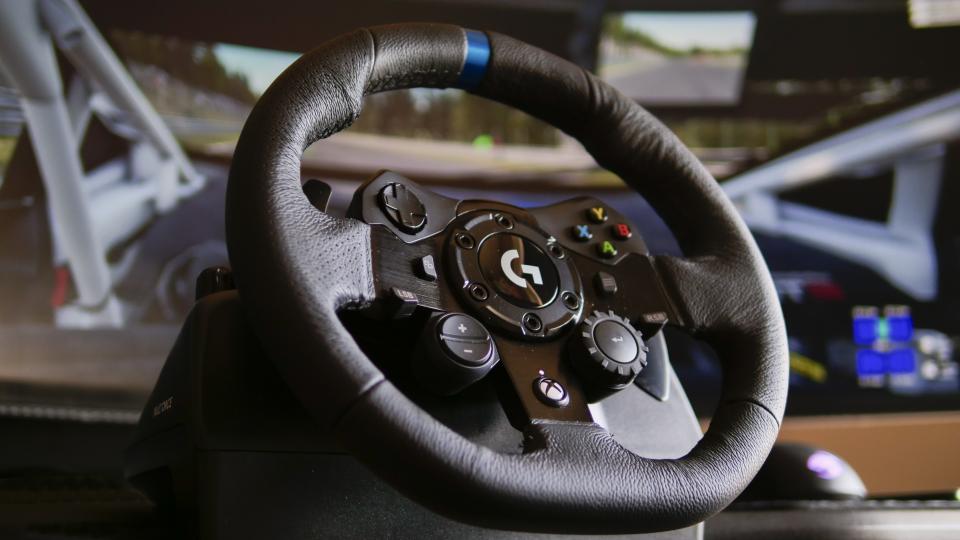 A gamepad is great for most games but, as fans of driving games know, there’s nothing quite like adding a steering wheel and pedals to your set up to get as close to the real thing as possible. Prices, and the quality of wheels varies hugely, though, from basic, bungee cord wheels to expensive direct-drive rigs costing well north of £1,000.

In this sense, the Logitech G293 sits at the lower end of the steering wheel price spectrum. It might look expensive at £350 but with decent built quality and the firm’s new TrueForce force feedback technology at the helm, it does a great job of sinking you into the action without costing the earth.

READ NEXT: The best racing wheels to buy today

Logitech G293 review: What do you get for your money?

The Logitech G923 will look familiar to driving game fans who know their steering hardware. That’s because it’s very similar in look and design to its predecessors, the currently far-cheaper Logitech G29 (Playstation/PC) and G920 (Xbox/PC).

This time, instead of selling two distinctly named models for different consoles, the wheel has a single designation available in two variants: one for Playstation/PC, another for Xbox/PC.

In the box, you get the wheel itself and motor base, which is solidly constructed and feels great to drive with. The wheel is wrapped in hand-stitched leather, the gear shift paddles are solid chunks of aluminium and the buttons all feel of a decent level of quality. The clutch/brake/accelerator pedal set also feels well made, with each pedal hewn from stiff aluminium and each with a slightly different feel. 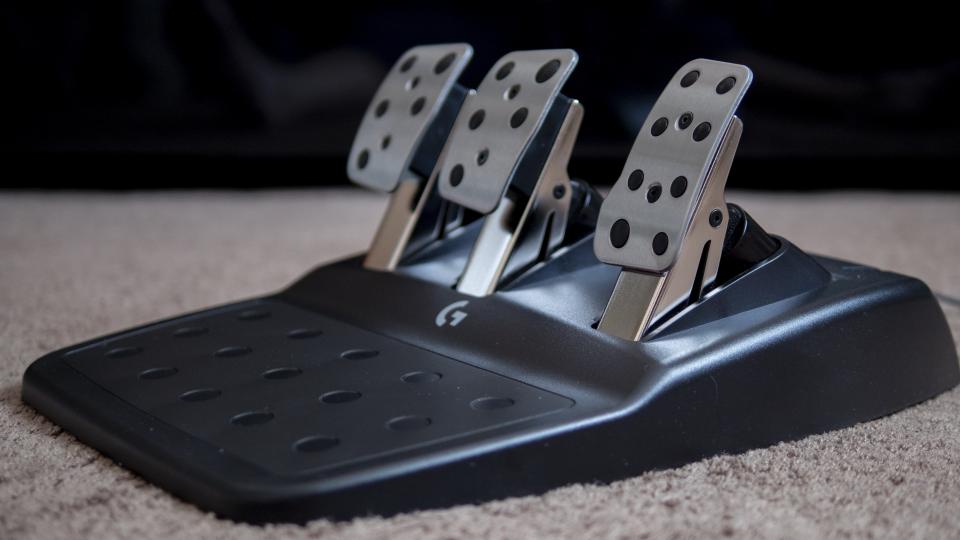 Setup and cabling are pretty straightforward. The wheel unit can be clamped to a desk using the integrated clamps or screwed to whatever driving seat you happen to be using. It then connects to your console or PC via USB. The pedals hook to the wheel with a single cable and you can rely on either the built-in carpet grip for casual setups, which works surprisingly well in preventing slippage, or use the six threaded mount points for permanent attachment.

Inside, the force feedback is driven by a system of gears instead of the direct-drive system of more expensive wheels. Again, this system is the same as found on the G29/920.

In fact, there are only three major new features in the G923, all of them invisible to the naked eye. There’s a new, more progressive brake pedal, which is backed by a spring in this model instead of a rubber block. There’s also the new TrueForce system (see below), and something called “closed-loop” motor control, which is supposed to make the wheel more responsive to in-game inputs.

Logitech G923 review: What is TrueForce and is it any good?

TrueForce is the big news, though. It’s Logitech’s new take on force feedback and it’s a whole different ball game compared with normal force feedback systems. In essence, it builds on regular force feedback by using in-game physics and audio (think engine noise, gear changes, road surface rumble and rattle) to give you a better idea of what your virtual car is doing. 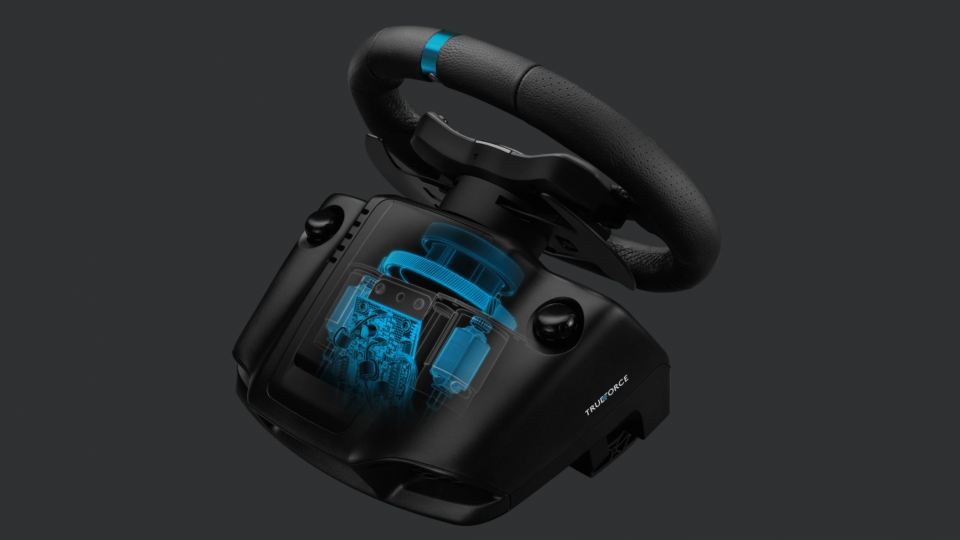 It works supremely well. I tested it out mainly with Assetto Corsa Competizione and it delivered an astonishing level of realism, with the rumble of the engine buzzing through the wheel, and every bump in the road and thump of rapid-fire gear changes communicated through the force feedback system.

The resistance of the wheel itself isn’t ultra smooth and still can’t compete with direct-drive wheels for outright driving feel but Logitech’s TrueForce makes a big difference; it adds an uncanny, raw sense of realism that’s compelling and somewhat addictive as well.

Logitech G923 review: What isn’t so great about it?

The catch with TrueForce is that, without game developer support, the wheel reverts to standard force feedback and then you might as well be driving with a G29 or G920.

Disappointingly, there aren’t many titles at launch that have support built-in. Just the aforementioned Assetto Corsa Competizione, F1 2020, Grid and the subscription-based iRacing are on the list at launch, although more will surely be forthcoming.

And switching to a non-TrueForce game, you really do notice the difference. Playing F1 2019 is still a fun experience with this wheel but you don’t quite get the same level of involvement as when TrueForce is enabled.

Logitech G923 review: Should I buy it?

That’s not to say you should discount the Logitech G923. The TrueForce system really does elevate force feedback, adding an extra stage of realism over the previous model that has to be experienced to be believed, and it adds a modicum of future-proofing, too.

The only thing that sticks in the craw is the price differential between this and the regular G29/920, which at around £130 to £150 is currently a little too much to stomach.

Wait a few months, however – for Black Friday, perhaps – and maybe it’ll be on sale. Then it will seriously be worth considering. 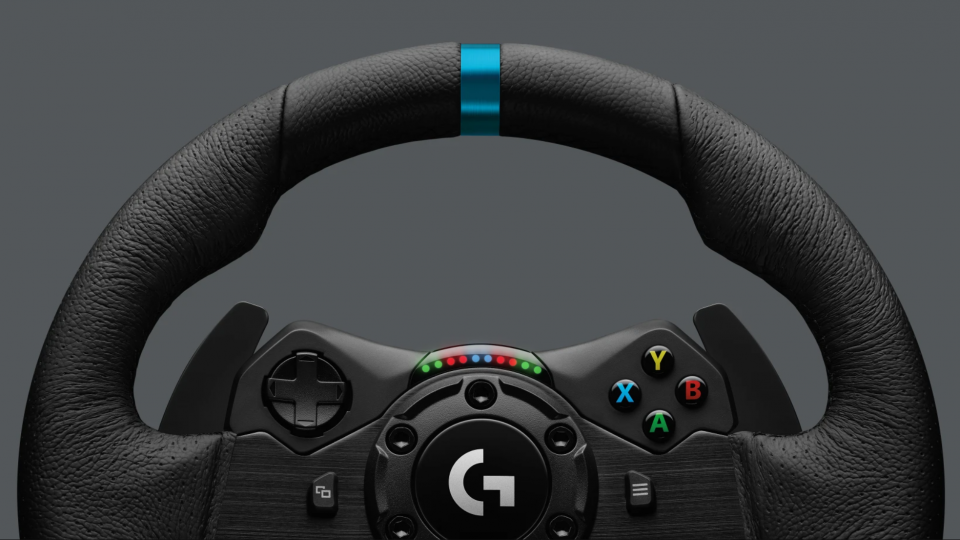