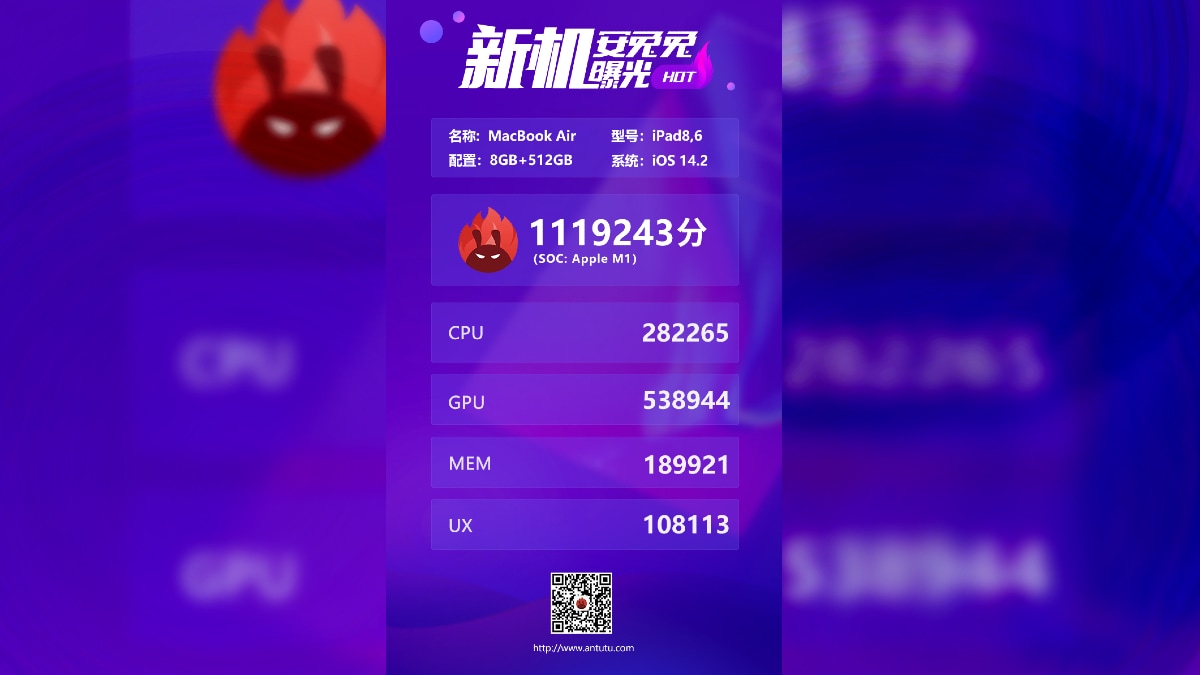 MacBook Air with the recently launched Apple M1 chipset has been spotted on AnTuTu, posting a score of over one million points on the benchmarking site. It trumps iPad Pro with A12Z processor, and the new MacBook Air disguises itself as an iPad Pro with iOS 14.2 software. Apple used the AnTuTu iOS app for the test as macOS Big Sur is capable of running iOS apps on M1-based models. The MacBook Air with M1 chip was recently spotted on Geekbench as well, posting impressive scores there as well.

MacBook Air with M1 chip is touted to be the first to achieve one million points in AnTuTu v8 iOS app. These benchmarks stand as testimony to the performance capabilities of the M1 processor. On Geekbench, MacBook Air with 8GB RAM, macOS 11.0.1, and Apple Silicon processor managed to achieve a single-core score of 1,687 and a multi-core score of 7,433. The listing also reveals a base frequency of 3.2GHz that is significantly higher than the base clock speed of 2.3GHz of the Intel Core i9-9880H processor found in the 16-inch MacBook Pro.

Therefore, MacBook Air with the M1 processor also comfortably beats the top-of-the-line 16-inch MacBook Pro with the Intel Core i9-9880H processor, both in terms of single-core (1,029) and multi-core (6,012) scores.