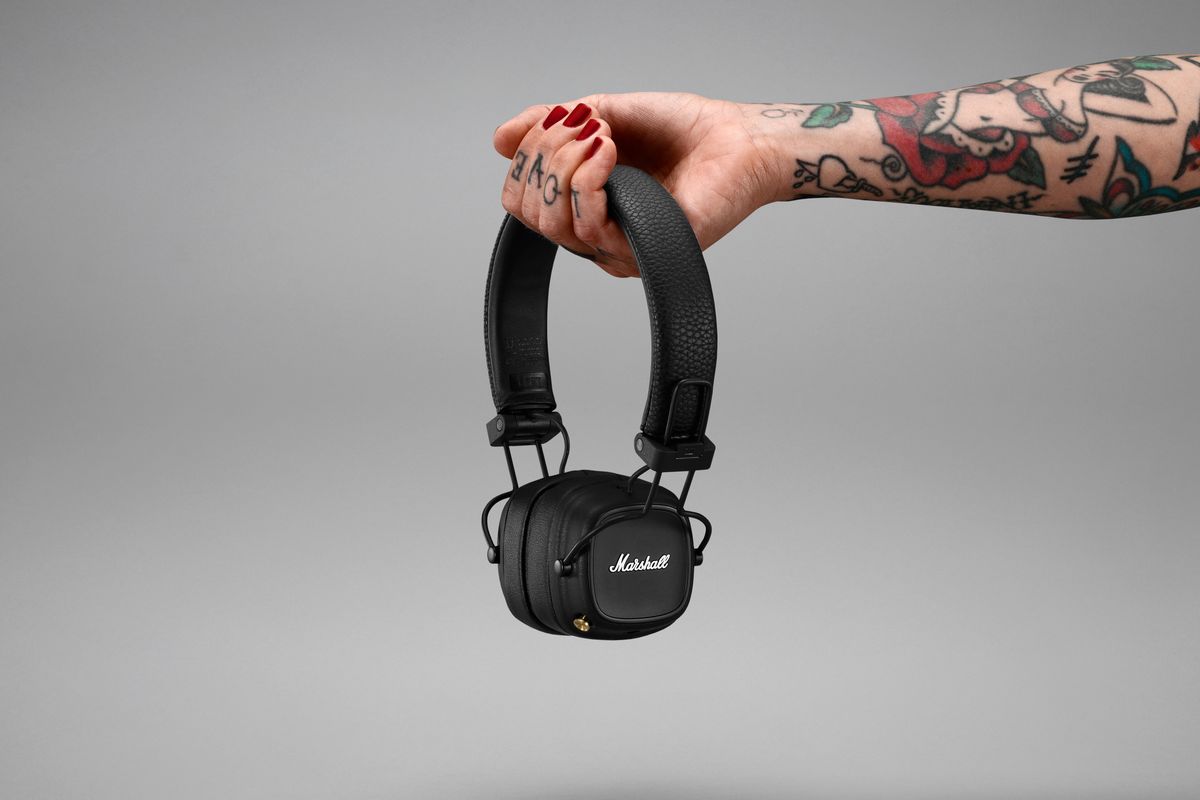 Zound Industries has announced its latest pair of Marshall-branded headphones, the Major IV. Like previous Marshall headphones, the Major IVs have a formidable battery life, which extends up to 80 hours on a single charge this time around. When it comes time to recharge, you can either plug in a typical USB-C cable or charge them wirelessly using a Qi-compatible charger.

Zound also promises that the Major IV headphones are more comfortable to wear than their predecessor and have softer ear cushions that are shaped to better fit the contours of your ears. They should also fold down into a more compact size thanks to a new folding mechanism. Despite their long battery life, they’re not too heavy at 165 grams (5.82oz).

The Major IV headphones also include Marshall’s standard joystick control button, which handles volume and playback control, powers the headphones on and off, and is used to answer calls. There’s also a 3.5mm headphone jack which you can use when your headphones are out of power. Alternatively, a second person can plug their headphones into the 3.5mm port while you’re connected to your device via Bluetooth — a useful feature if you want to share music or watch a film together.

The Marshall Major IV headphones are available to preorder starting today for $149 (£129, €149). They start shipping on October 14th.