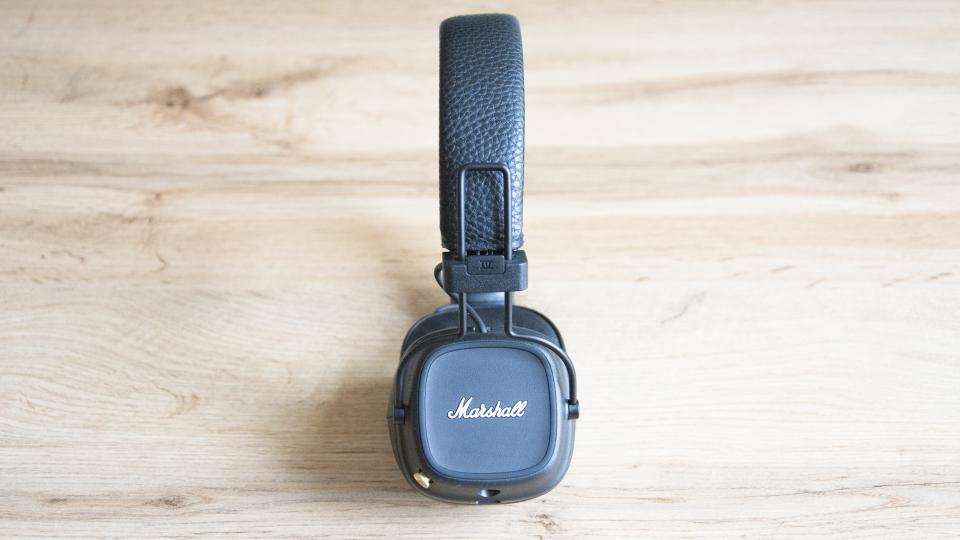 It’s been ten years since Marshall released its first pair of headphones, the Marshall Major. Over the course of the decade, the Major series has dropped its 3.5mm cable in favour of a Bluetooth connection, but the basic premise remains unchanged: on-ear headphones created to reflect the renowned guitar amp manufacturer’s heritage.

The fourth-generation Major IV retain all of the style we’ve come to expect from Marshall, while more than doubling the battery life of their predecessor. They’ve also undergone a few smart design tweaks, making them an attractive option for those seeking eye-catching, on-ear cans.

READ NEXT: The best headphones for every budget

Marshall Major IV review: What do you get for the money?

For £130, you’ll get a pair of on-ear wireless headphones sporting Bluetooth 5 connectivity and a whopping battery life of over 80 hours. Yes, you read that right, 80 hours. That’s twice the audio playback of the impressive Beats Solo 3 and 30 hours more than the Jabra Elite 45h, the longest-lasting Bluetooth headphones we’d tested until now.

The headphones are lightweight at just 165g and can be folded up into a neat, pocketable size, though there’s no carrying case or pouch included in the price. You do, however, get a 3.5mm to 3.5mm audio cable that facilitates one of the Major IV’s key features – audio sharing – in addition to the obligatory USB-C to USB-A charging cable.

Marshall Major IV review: What do we like about them?

The Major IV’s most attention-grabbing trait is their outrageously long battery life. Only having to charge them once every few weeks is a huge boon in an age where we’ve become accustomed to power-hungry devices needing a daily top-up.

When you do find yourself out of battery, the Major IV can be fully replenished in roughly three hours, while just 15 minutes on charge will give them enough juice to deliver up to 15 hours of audio. There’s also support for wireless charging, which is handy if you own a Qi charging pad. 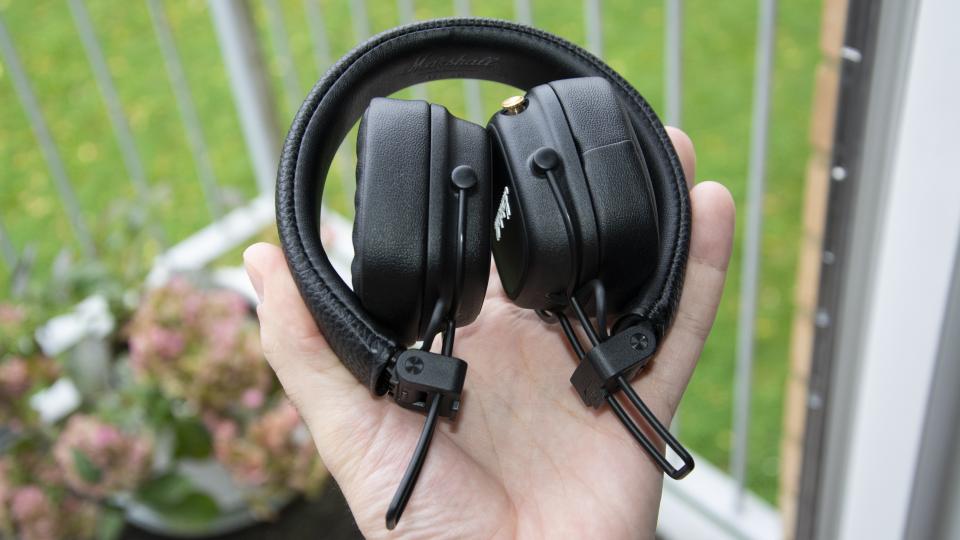 Stamina aside, there’s plenty more to like about the Major IV. As was the case with Marshall’s Monitor II ANC over-ear headphones and Kilburn and Emberton Bluetooth speakers, the Major IV look fantastic. The company’s guitar-amp manufacturing history shines through, with textured black vinyl adorning the outside of the headband and white Marshall script logos positioned on the outside of either earpad. But the design isn’t just aesthetically pleasing: it’s practical, too. The clips attaching the earpads to the headband are collapsible, allowing you to fold the Major IV up and carry them in a coat pocket extremely easily.

Controls are equally user friendly. Marshall has taken a “less is more” approach, and I can’t fault the execution. A single multidirectional knob on the right earpad handles all of your key commands. Pressing and holding the knob powers the Major IV on or off, with a single press playing or pausing audio.

Volume is adjusted by nudging the knob up or down, while nudging it horizontally lets you skip forward a track or return to the start of the track currently playing. There’s also support for voice assistants, with a double press hailing your assistant of choice.

Another attractive feature is the ability to share your audio using the included 3.5mm to 3.5mm audio cable. Plug the cable into the Major IV, connect it to any pair of headphones with a 3.5mm port and whoever you’re with can also enjoy what you’re listening to. A section of the cable stretches so you don’t have to worry about pulling the headphones off your head if one of you moves, which is a nice touch. Opportunities to take advantage of such a feature may not present themselves too often – particularly at the moment – but it’s a thoughtful and useful inclusion nonetheless.

Marshall Major IV review: How do they sound?

The Major IV house 40mm dynamic drivers and excel at delivering audio across the genres you’d naturally associate with the Marshall brand: punk, rock, indie and metal. Treble is crisp and vocals are articulated with clarity, while the Major IV have no problem keeping up with changes in a track’s dynamics or tempo. 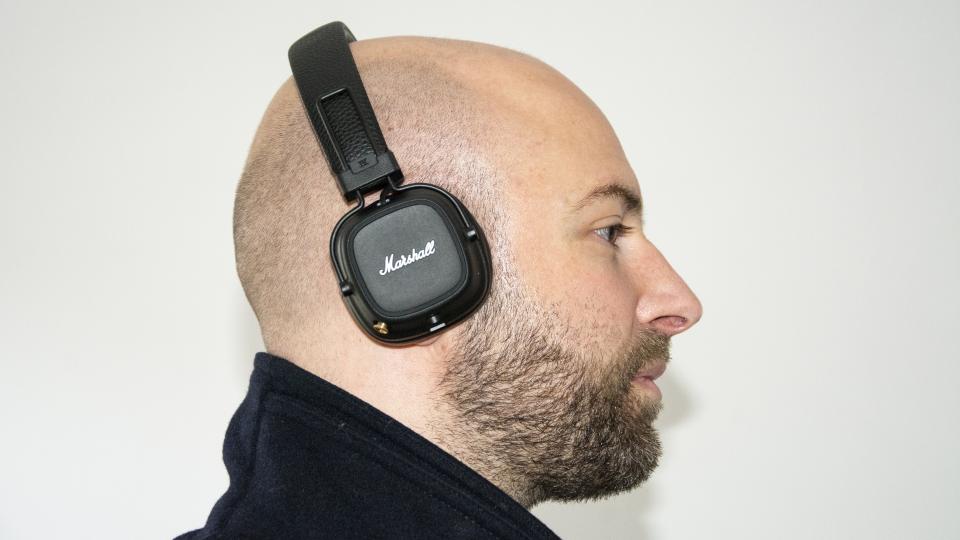 Guitar riffs and screaming vocalists across TIDAL’s Hard Rock Classics and Punk Riot playlists hit all the right notes at around three-quarters volume, though I did find the prominence of the mid and high-range frequencies a little grating with volume maxed.

Bass reproduction is rich and punchy but lacks the raw power lovers of the low-end crave. That’s not an issue for those that primarily listen to genres where bass plays second fiddle to mids and treble, which likely makes up a significant proportion of Marshall’s target audience. However, those that favour hip hop and dance music will be more ably served by Beats, whose audio profiles typically push bass to the fore.

Marshall Major IV review: What could be better?

As mentioned above, the Major IV are a little lacking in the bass department and their focus on mids and treble gets a bit fatiguing when you’re listening at high volumes for long periods. They’re not supported by the Marshall Bluetooth app either, so there’s no way to adjust the audio settings, which is a shame as it would have been great to create a bass-boosted EQ for certain genres.

Despite the Major IV sporting softer ear cushions than their predecessor, I found myself having to occasionally adjust them to alleviate the pressure on my ears during listening sessions. Although they feel good on your head when worn for short bursts, there’s still room for improvement when it comes to a truly comfortable fit on your ears. 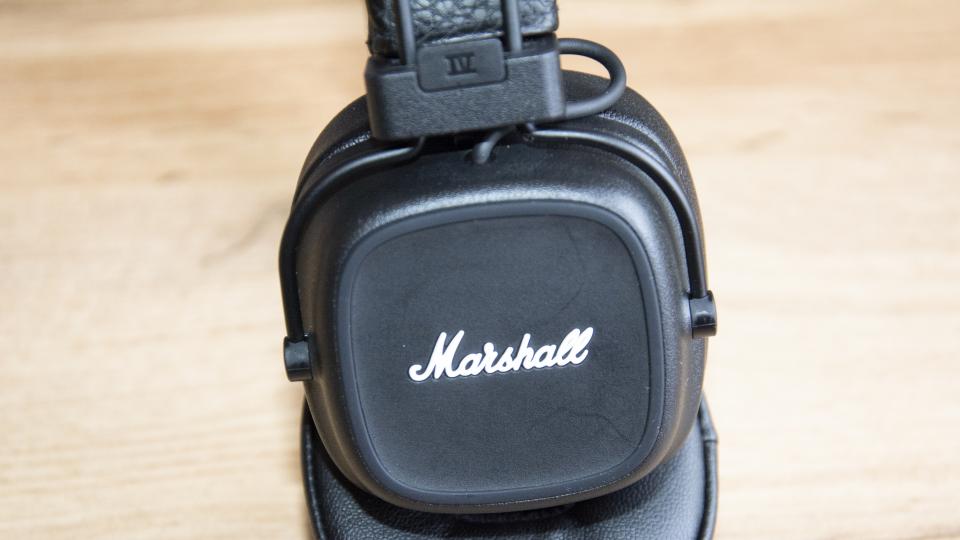 A significant proportion of the headphones I’ve reviewed of late have incorporated an auto-pause feature when they’re taken off your head or out of your ears. Having become accustomed to my music being paused automatically, the Major IV’s lack of wear detection was sorely missed and I often forgot to power them down after I took them off.

I’d also have loved to see Marshall include some form of pouch for storing the headphones. Granted, they fold up neatly and fit in a pocket easily enough for easy storage but a simple fabric pouch would have provided them with some protection when stowed away.

Marshall Major IV review: Should you buy them?

The Marshall Major IV are an appealing package. They do justice to Marshall’s rich audio and stylistic pedigree, while offering class-leading battery life along with useful features such as wireless charging and audio sharing.

If your musical sensibilities extend to rock, punk, indie or metal, their sound signature will be right up your street, too, though those seeking hard-hitting bass are better off with the Beats Solo 3 or noise-cancelling Beats Solo Pro.