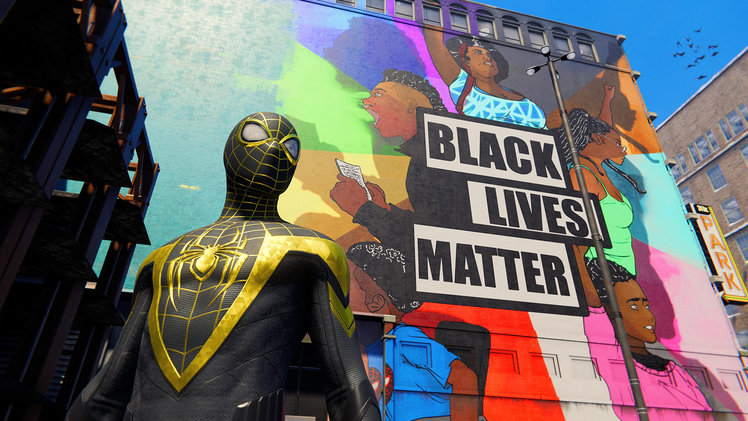 When Marvel’s Spider-Man first came out for PS4 in 2018, we were mostly blown away by its mechanics – the way you could swing from building to building in order to navigate New York City. The game had so much more to it than that, but web-slinging and swinging never grew old, all the way through to the end of the campaign and even the DLC chapters that came after.

The same can partly be said of Spider-Man: Miles Morales, a sequel, of sorts, that swaps Peter Parker for his younger counterpart across a roughly eight-hour story. This time, however, it’s joined by some amazing tech wizardry made possible by the PlayStation 5.

The game is also available for PS4, of course, but the expanded graphical features and loading times on the next-gen machine are something to behold. In fact, it can be argued that this is the first, truly great “exclusive” for the console – and a brilliant way to kick start the next generation.

That begins with the eponymous lead character himself. Morales first appeared in Brian Bendis’ Ultimate Spider-Man comic books in 2011 and was partly created to strike that series (set in an alternative universe) apart from the regular Marvel universe Spider-Man books. He replaced a (spoiler alert) deceased Peter Parker.

However, the black character of Puerto Rican descent became so popular that, even after the cancellation of the Ultimate comics, he was a shoo-in to jump dimensions. This left us with two Spider-Men co-existing (the Spider-verse aside) and that’s where developer Insomniac draws its inspiration for this game.

It’s a genius move and clearly one that was planned from the start, considering how Morales’ origin story was told in the first game. Also bitten by a genetically modified spider, he has a few similar moves to Parker, including the ability to stick to walls, super strength, and a penchant for flinging himself around the city. However, he also comes with a few new powers that make the game more interesting still.

Morales can zap enemies and objects with electrical energy – a venom strike or blast – and he can turn invisible for short bouts (something you earn later in the game). These both provide some unique gameplay tools that alter some of the stealth and combat mechanics specifically.

In terms of fisticuffs, much is the same as the original game. It’s combo-tastic as you hop, evade and catapult yourself from one enemy to another. Even massive bouts with 10 foes or more are possible to win if you keep moving, while gadgets and web shots will undoubtedly help – if you unlock them in-game. 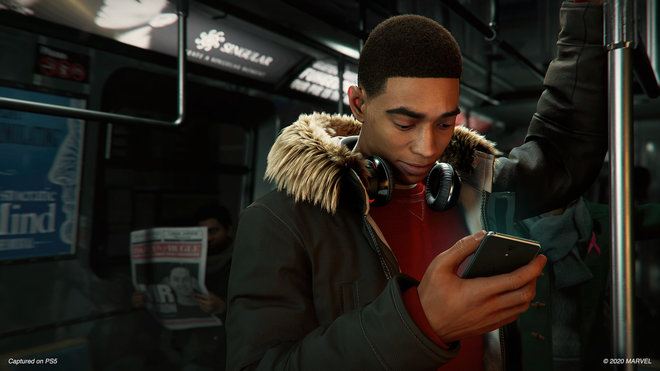 Also like the first game – which has been remastered for PS5 too, as part of an Ultimate Edition – you can collect different suits that unlock different extra abilities or bonuses. And, even if you settle on the same power-ups throughout, it’s great fun seeing Spider-Man mark II winging around in all manner of snazzy costumes.

The story follows on a year after the events in the first game (and subsequent DLC) and is set during Christmas time in a snowy NYC. Parker departs on a much needed holiday overseas and leaves a raw but rapidly improving 17-year-old Morales to cover. Sure as eggs is eggs, a major criminal event unfolds that could put the whole of the city at risk, and the younger, less experienced Spidey has to step up to the plate.

We won’t spoil the story, as that’s much of the fun, but will tell you that an all-new organisation is in town – The Underground – replete with purple neon weaponry and armour. While evil corporation Roxxon is still going on with its evilly corporate ways. 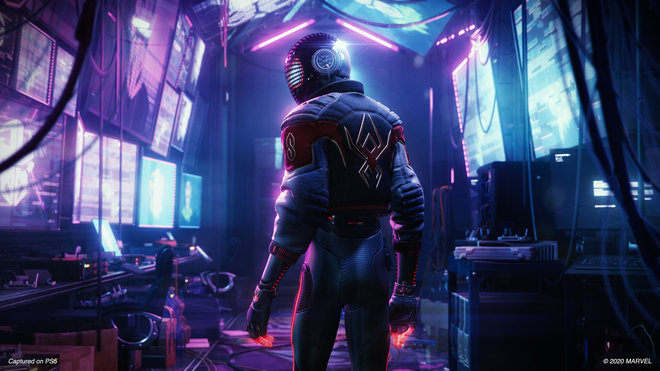 This not only leads to bombastic story missions, but trouble spots, side missions, and crimes to take care of all around the city. Plus, as the game progresses, you get some extra tasks to perform here and there from the likes of The Prowler (we won’t give away who he is right now).

Travelling between missions by swinging around the city is clearly, stupendously fun – as we keep harking on about – but should you get tired of it you can also fast-travel between subway stations, as per the original game. The big difference here is that, thanks to the power of PS5, there’s no Spider-Man on a train animations required – it takes seconds to load the next part of the map using the internal SSD.

Talking about our next generation

The other obvious benefit of the game running on next-generation hardware is just how incredible it looks. You get two graphics options to play the game with on PlayStation 5 and PS5 Digital Edition. The first runs in 30 frames-per-second and offers all the bells and whistles afforded by the console’s GPU. That includes a native 4K resolution, ray tracing (for accurate lighting effects), and other visual enhancements. 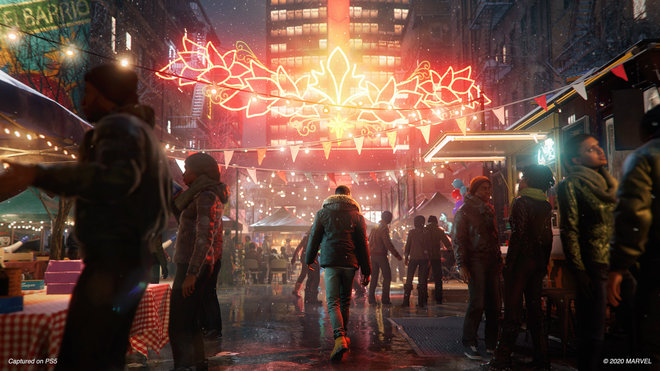 Alternatively, you can opt to play the game in 60fps, but will have to forego any of the visual improvements, including ray tracing. Resolution is also dropped a little, switching from a stable 4K to something more dynamic – which can raise and drop dramatically in busier scenes.

Personally, we much prefer the 30fps mode, purely to see New York City at its finest. And, while we’ve seen ray tracing in action on PC gaming rigs before, it’s use here is simply superb. Reflections in puddles, office block windows, even the more plastic areas of Spidey’s suits make for a much more realistic look. And when night falls, the entire city looks incredible, both from the roof tops and down at street level.

Audio too is improved through a new PS5 ability – it is presented with superb 3D spatial channels that sound excellent when played in headphones. Of course, it can’t beat a proper surround sound home theatre setup, but it’s something new and exciting for those who just don’t have that kind of cash. 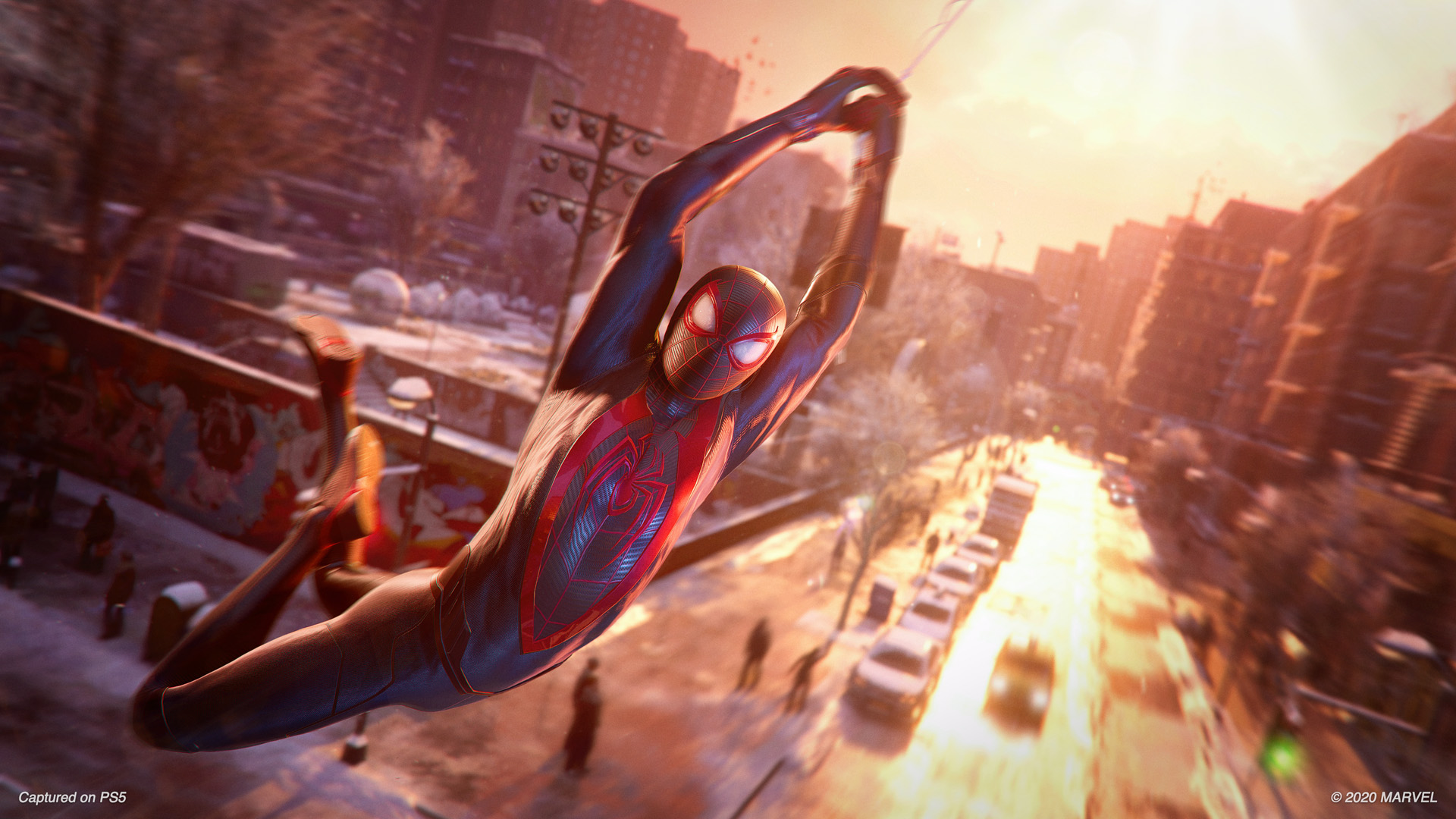 And finally, the PS5’s DualSense controller gets a workout as well. Not only is haptic feedback used well, but the adaptive triggers are purposely adjusted to give them two levels of force when swinging from web to web. You feel more immersed in the act, that’s for sure.