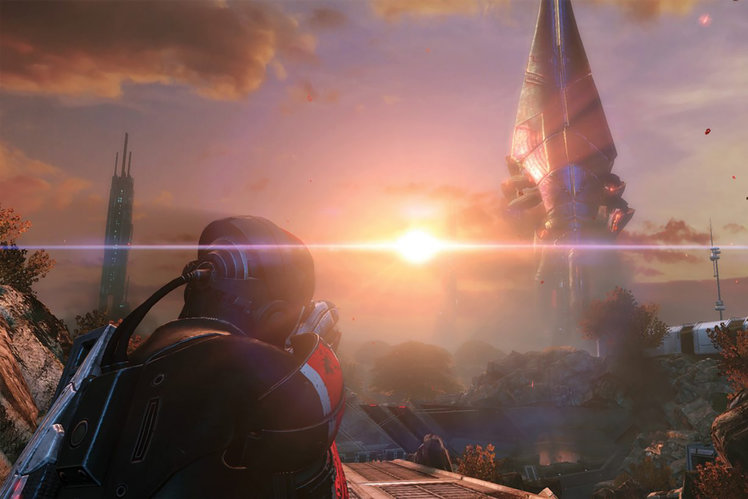 We couldn’t have been more excited when we heard that the original Mass Effect trilogy was to be remastered for a new collection. But must admit to feeling slightly deflated when we realised the games weren’t to be remade completely.

That means, while the graphics and gameplay have undergone extensive tweaking, they haven’t been completely reimagined for modern consoles. After experiencing what’s possible with the superb Final Fantasy VII Remake, that seemed to be a backwards step to us. Initially, at least.

However, just a couple of hours into ME1, we soon realised why the development team decided on a fresh coat of paint and refinements rather than renewal. The trio just wouldn’t be the same games otherwise – unlikely to have retained the character of the originals. Warts and all.

So, in remastering the original Mass Effect games to 4K HDR, adding all downloadable content (DLC) released over the original games’ lifespans, and slathering on some clever technical glue to match it all together, we get the original trilogy at its best. All the while retaining exactly what made them special in the first place.

Something that didn’t need refinement is the story. BioWare has always been a master at storytelling and characterisation. Go further into its past and you can see just how well Baldur’s Gate and Star Wars: Knights of the Old Republic hold up today – purely thanks to their narratives and clever, interwoven scripting.

The latter game was clearly a huge influence on Mass Effect (and itself heavily rumoured for a remaster). However, free from the restraints of the Star Wars lore book, the studio managed to rebottle lightning – several times.

There are many characters you encounter in the Mass Effect games, not least Shepard him or herself – who you play as throughout – but perhaps the most impressive of all is the universe that BioWare created.

It took a blank canvas and built its own sci-fi saga, complete with new alien species, political factions, historical mythos and much more. And there’s nary a trade dispute in sight – well, not one that any of the trilogy is hinged on. It’s so complex and involving, it has inspired comic books, fan fiction, even a whole range of cosplay enthusiasts. It will also grip you from the very start.

That’s partly thanks to the speed at which the main story thread reveals itself – which we’ll spare you because you’ve either already played the games first time around and know it already, or want to discover for yourself and therefore avoid spoilers. But it’s mainly thanks to the superb dialogue and neatly woven nature of the games across the entire run.

Many games have adopted inter-threading plots and character development over the years, but few do it quite as well as the Mass Effect series. It enables you to take your lead character – whether created from scratch or using presets – from one game to the next after each completion, literally picking up from where you left off. In addition, actions you make in each chapter have ramifications on the next. 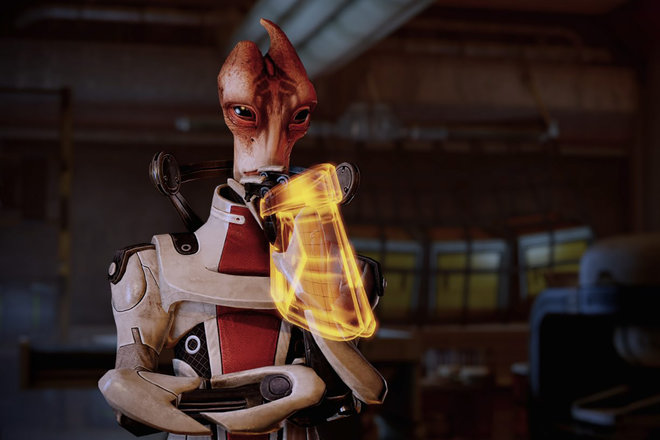 By the time you get to Mass Effect 3 and, specifically, the ending, you could experience several key differences to someone else’s journey. It feels organic and, for us, still represents many of the studio’s finest moments.

The same is true with character development and relationships in the game. Each main non-playable character (NPC) in the game forms bonds and relationships with your lead character, depending on your conversational and practical choices. That could end in a friendly or romantic bond, or with them keeping you at arms-length. It results in you empathising with each of your in-game team members more so than in most games – role-playing games (RPGs) or otherwise.

When those NPCs are in peril or decisions on their fate are presented you are genuinely moved or troubled. It’s what made Mass Effect so superb in the first place, and continues to resonate now.

Of course, that can also be said of the original trilogy releases, each of which being still available through backward compatibility (on Xbox and PC, anyway). Of perhaps more interest are the numerous changes and improvements to this collection. 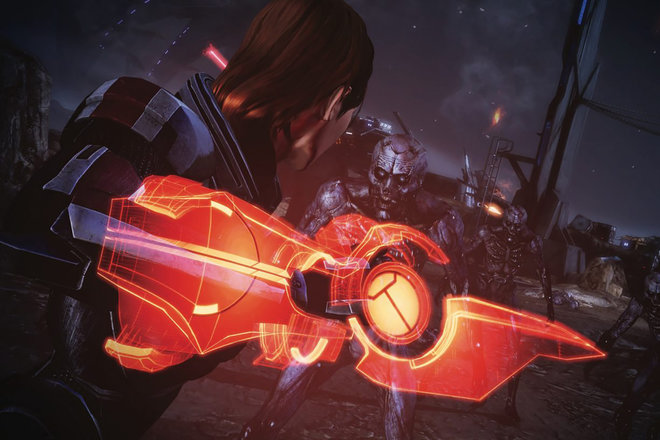 As with many repackaged collections of older games, all of the original DLC from Mass Effect 1, 2 and 3 are present – bar one. Pinnacle Station from ME1 is not present, as the version available to BioWare while putting together the Legendary Edition turned out to be corrupt and it couldn’t find the original files.

Still, you get over 40 DLC packs integrated into the games (where possible). That includes promo weapons and armour.

The games are also presented with a new launcher, with all three accessible from the same screen. On PlayStation all games are installed to be played from the off, on Xbox (the version tested here), you need to download ME2 and ME3 from the launcher itself. This allows you to save disk space when you are only playing ME1.

Once you start the games, you notice a couple of changes to the options. The first Mass Effect has perhaps the biggest alterations, in that it has the options, plus character creation and models of the subsequent titles. BioWare changed a fair bit in the three years between ME1 and ME2, so the later benefits have now been adopted. 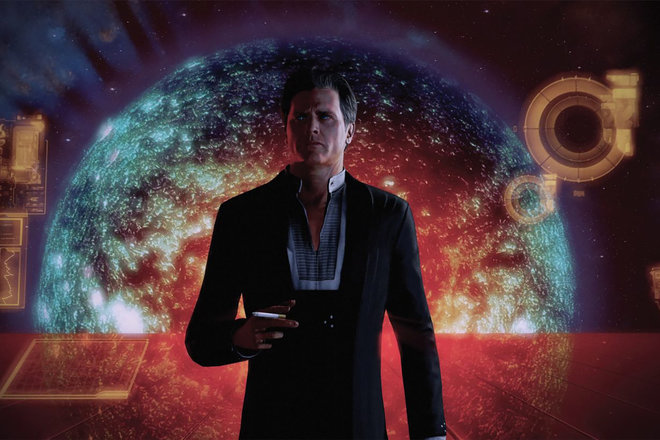 That also includes combat. The Mass Effect series combines deep, involving dialogue-based storytelling with action combat sequences. These are third-person and generally use a duck-and-cover mechanic. The first game, however, had clunky, under-realised combat that was tricky to use. We went back to the Xbox 360 original to check for ourselves and found that aiming – especially through the sniper rifle – was a twitchy affair. It has been greatly improved now, with the lessons learned for the sequels being implemented.

The look during combat – the user interface (UI)– has also been unified across the series now. However, ME1 still has some unique foibles. There’s unlimited ammo, for starters, with cooldown times for weapons instead. That was ditched later in the series. On the whole though, it has been polished into a more playable form for sure, which is great to revisit.

Another thing that helps is higher frame rate. While the graphics have been made higher-res and new lighting effects added, to suit the 4K consoles especially, enhanced frame rates make the most difference to gameplay. It differs depending on the format, but the games are now playable in up to 60 frames-per-second on consoles thanks to a ‘favour frame-rate’ option. The Xbox Series X even gets up to 120fps. 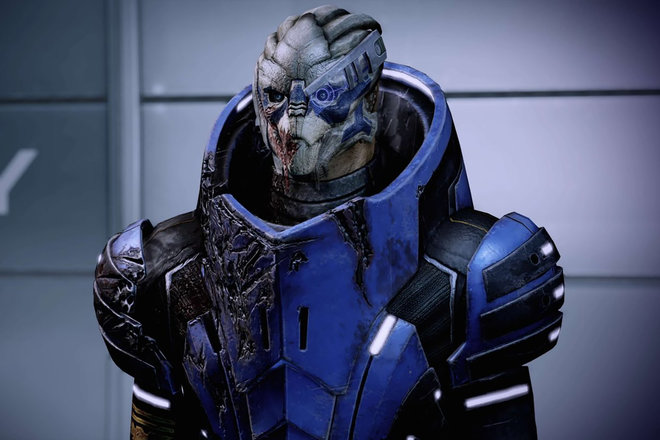 You do have a resolution drop to get the best frame rates, but it’s very much worth it. We’ve been playing the game largely across Xbox Series S and X, which run the game in backward compatibility but somewhat optimised. We favour frame-rate on the S, which gives up to 1440p and 60fps, while we switch to ‘favour quality’ mode on the X for 4K 60fps. Both run beautifully.

If you’re a PC owner with the right spec, you can even get up to 240fps and run the game in an 21:9 aspect ratio, but we haven’t been able to test that ourselves.

In terms of the new graphics themselves, there is a marked improvement, naturally, but you will still have to put up with a lot of the shonkiness of the originals. 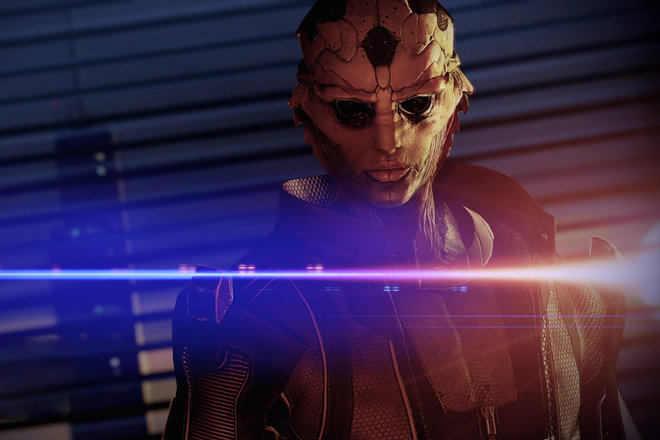 The artificial intelligence (AI) upscaling process used for many of the texture upgrades did a fine job of creating details that were just fuzzy before, while the manual touching-up work produces excellent character models especially.

However, don’t expect a game that looks like Returnal or Miles Morales. It must be remembered that the original games were released between 2007 and 2012 and, while highly polished, they still look dated. Animations especially are janky. But they are liveable too.

Lighting has been greatly improved through, with the first Mass Effect showing the most change. Outdoor scenes are particularly impressive, with great use of lens flare and recoloured vistas that look significantly better than before. Plus, high dynamic range (HDR) has been added for further saturation and contrast boosts.

That’s not to say it’s all good. Sometimes the picture sharpening does the game a disservice. The Normandy (your space craft) can look overlaid onto a background now, whereas its blurriness helped it blend in before. 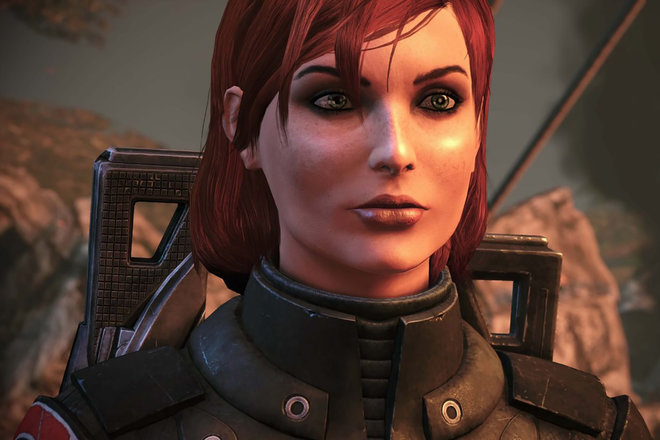 There are also the occasional annoying bugs or glitches – some old, some new. We’ve experienced some texture pop-in when a level loads, scenery clipping, or the odd character jerking about when faced with unsteady terrain. Sometimes team members just steadfastly refuse to follow you until you save and reload. But, there’s nothing that can’t be worked around or overlooked.

In all honesty, the original games had their fair share of caveats too, but we never minded at the time.

Another of the more significant improvements that you get with the Legendary Edition is loading times. Anyone who’s had to sit through the Citadel elevator loading issues of the original Mass Effect will understand just how thrilling it is to finally run the game from an SSD (on console).

We can’t comment on loading times for Xbox One or PS4 (or even PS5, as we’ve not played that copy) – although each are meant to be greatly enhanced too – but our experience of loading on both Xbox Series consoles couldn’t have been any better. 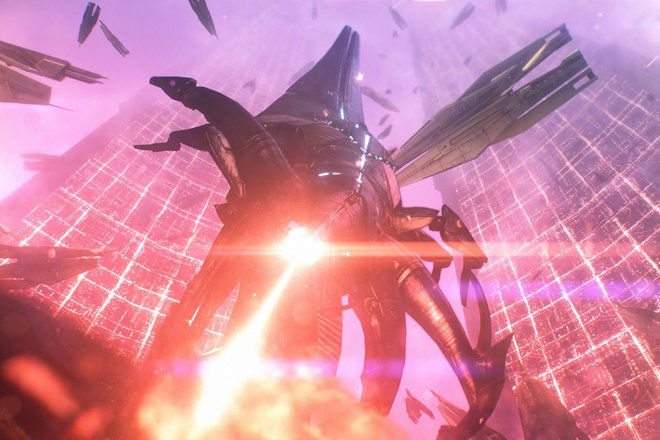 When stepping into any of the elevators on the Citadel, it is mere seconds before you reach the next area. This used to take a minute or more. In fact, all the clever tricks BioWare added to help alleviate the loading pain – such as in-elevator conversations or tannoy announcements – are now superfluous. You can still listen to them, but a skip option is also available as they are no longer needed to paper the cracks.

The same is true with loading in other areas of each of the games. Space travel, for example, is almost instant. Even the games load superfast at the beginning, once chosen on the launcher.

There are also many other smaller, often imperceptible tweaks (like an increased number of autosave points), so we could go on and on. It’s worth stressing though, that all of these have been made to improve and existing experience, not replace it. And, as life-long game fans ourselves, there is something altogether noble in that.