With the recent launches of the Realme GT Neo 3 and Redmi K50 series, it seems that MediaTek is gunning for the top spot among the flagship Android SoC market with its Dimensity 8100, Dimensity 9000 processors.

However, it seems that MediaTek still has one more flagship Dimensity SoC up its sleeve for 2022 Android devices. MediaTek has officially announced its latest addition to the Dimensity flagship family — the MediaTek Dimensity 1300. 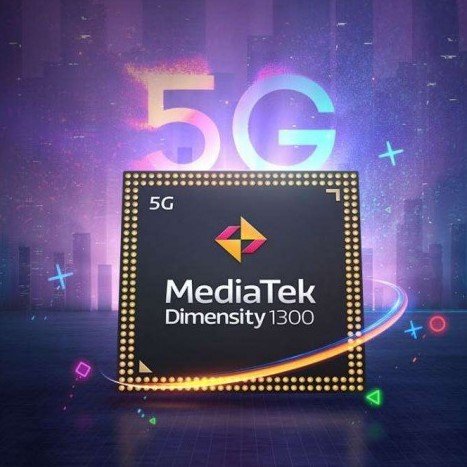 The Dimensity 1300 features an octa-core setup, with 4 Cortex-A78 cores (1 Ultra A78 Core, running up to 3GHz, and 3 A78 Super Cores, up to 2.6GHz) and 4 Cortex-A55 efficiency cores, scaling up to 2GHz. The Dimensity 1300 runs on TSMC’s 6nm process and has support for 64-bit applications. Powering the graphics onboard is the ARM Mali-G77 MC9 CPU which is just as powerful as last year’s Dimensity 1200 GPU.

Moving onto the upgrades, the Dimensity 1300 has an improved ISP over last year as it now supports up to 200MP sensors, and hardware-accelerated AV1 decoding for faster 4K streaming. But that’s not all, the ISP also provide improvements to low-light shots as its artificial intelligence utilises real-time 3-exposure fusion for the best shot.

Other technical specifications of the MediaTek Dimensity 1300 are also what you expect from a flagship Android SoC: Support for 16GB of 4266Mbps LPDDR4x RAM, UFS 3.1 Support, Support for 2520 x 1080 168Hz displays, and support for 5G on Dual SIMs.

The MediaTek Dimensity 1300 chipset is expected to debut in markets soon in the upcoming OnePlus Nord 2T and Redmi Note 12 series slated to launch in Q2 2022. For more news on the latest Chinese devices, stay tuned to Gizmochina for your daily source of Chinese tech news.