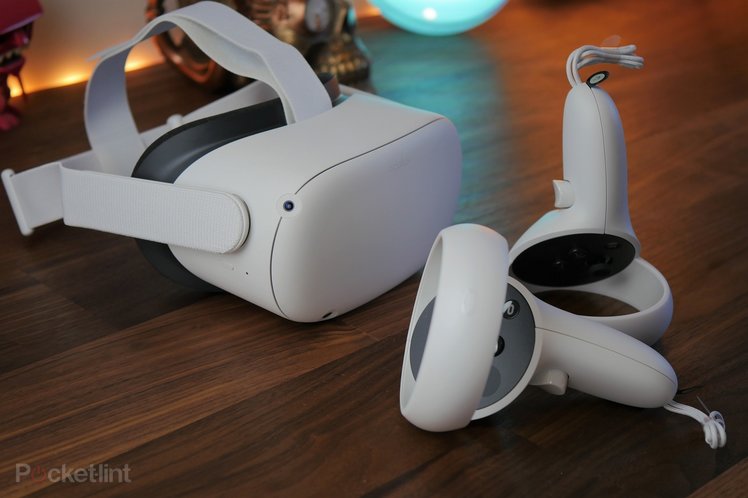 Called the Oculus Gaming Showcase on its debut last year, the event is back but under a different name.

With the Oculus Quest having been rebranded to Meta Quest recently, so too has the online showcase.

Here is how to re-watch the showcase, plus what happened.

When was the Meta Quest Gaming Showcase 2022?

How to re-watch the Meta Quest Gaming Showcase

The Meta Gaming Showcase was streamed on Twitch, Facebook, and YouTube. You can visit the accounts to re-watch there.

What happened at the Meta Quest Gaming Showcase

Oculus revealed some of the games coming this year:

Soon you’ll be able to revisit the dangerous streets of New Orleans while avoiding walkers, gathering resources and watching out for an even more dangerous threat that’s going to hunt you across the city.

VR gamers will be pleased to see that Stress Level Zero is working on a sequel to the fantastic Boneworks. This follow-up is promising a brand new story along with two years of innovation that should make for an even more enjoyable game.

Among Us VR was originally revealed at The Game Awards late last year and now we’re seeing more of the VR version of the space-based party game. Soon you will be able to either be or hunt the imposter in virtual reality. Amazing.

Cities: VR is a virtual reality adaptation of the leading city-building sim, Cities: Skylines that’ll soon be available on Meta Quest 2. This game promises to be “the ultimate VR city-building and management simulator” giving you control over every aspect of city planning and construction. City builders and sim lovers can expect the most immersive experience ever with this style of game.

The Mercenaries was a popular part of Resident Evil 4 and now it’s coming to Quest 2 as a free update for those who own RE 4 on the headset. On Quest 2 it’ll have 20 new Challenges to test your skills, an online leaderboard and more. It’s also been entirely rebuilt specifically for VR. So you can expect good things.

This sequel to 2019’s popular espionage game promises to be bigger and better than before. Your mission will be to find and stop the launch of a doomsday device while using all the high-tech gadgetry you can find. Plus there’s a co-op campaign now.

Moss: Book II is coming to Quest 2 very soon. The sequel is set to build on the story of the first game and sees Quill continuing on her adventure. Your help is certainly required.

“Unravel the secrets of a lost age and grow from a novice wizard into a powerful, spell-wielding Magus in this narrative-driven action JRPG that includes 26 fully-voiced quests—featuring the vocal talents of Naomi Ohzora, Ai Maeda, Eiji Takemoto, and more.”

Beat Saber just keeps getting better and better. It’s now set to include tracks from the likes of Deadmau5, Marshmello, Pendulum and more.

NFL PRO ERA is the first officially-licensed NFL game to come to VR. Now you can read the defense, run the offense as well as making the plays just like the pros do.

Red Matter 2 kicks things off where the last game finished, which will be a relief to fans as the first game finished on a cliffhanger. You’ll have new tools, a more mobile jetpack and more. Plus Red Matter 2 is promising stunning visuals as well.