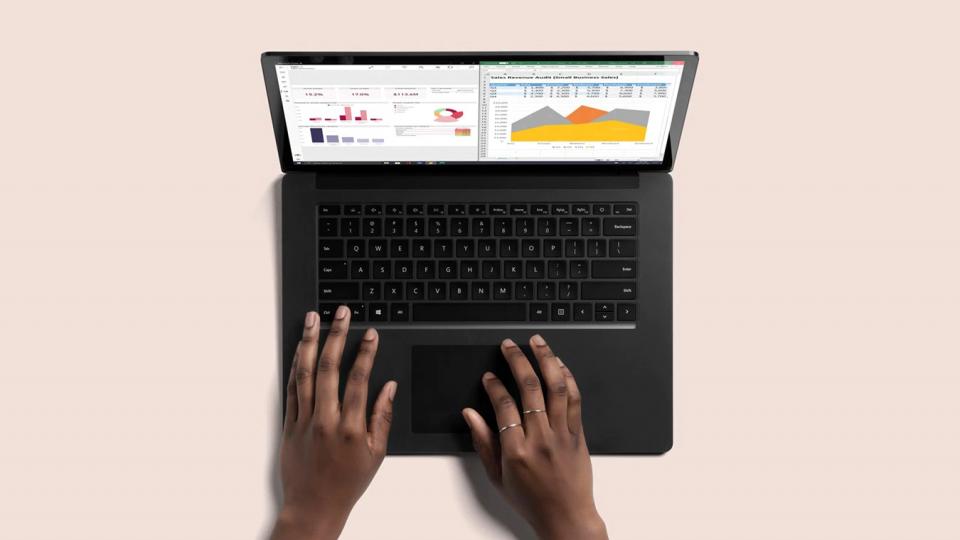 UPDATE: The Microsoft Surface Laptop 4 has now gone on sale, with prices starting from £1,079. We’ll have a full review for you very soon but if you fancy jumping the gun and picking one up today, you can buy it from Microsoft (where you can get up to £750 off if you trade in an eligible device) or Amazon. The original news story follows.

Microsoft has announced a new addition to its Surface lineup in the shape of the Surface Laptop 4.

The Surface Laptop 4 comes with either an 11th generation Intel Core i5 or i7 processor, or an AMD Ryzen 5 or 7 chipset, across both its 13.5in and 15in models.

This is the first time a choice of CPU manufacturer has been offered for a Surface Laptop, with previous models generally opting for an Intel chipset, except for the 15in Surface Laptop 3 where an AMD Ryzen processor was prescribed.

Prices start at £1,297 for the AMD Ryzen model, and £1,349 for the version with an 11th Gen Intel Core inside. Both come with a minimum of 8GB RAM and 256GB removable SSD storage, although you’ll need an authorised technician to remove it if you want to preserve your warranty.

The Surface Laptop 4 will be available from a range of retailers including Currys, John Lewis, Amazon and Argos from 27 April but can be preordered directly from Microsoft now. Those that preorder before 26 April will receive a free pair of Surface Earbuds, which typically retail for £200.

Microsoft claims its new laptop is up to 70% faster than the Surface Laptop 3. Many of that iteration’s designs remain in place, such as a 3:2 aspect ratio touchscreen display and Windows Hello facial recognition for unlocking. The Surface Laptop 4 also comes with Dolby Atmos speakers and Wi-Fi 6 capability.

After a year of homeworking, and no doubt with one eye on the continued importance of remote meetings, Microsoft has given its 720p webcam improved low-light performance and added dual far-field studio mics to help pick up audio better.

Microsoft says it has also improved battery life, promising up to 19 hours for the Surface Laptop 4. The laptop continues the previous Surface line in offering Alcantara material casing for the hand rest and between the keys, at least for the 13.5in version; the larger version comes with a metal wristrest. As for colours, the 15in gets a choice of Platinum or matte black while the 13.5in gets ice blue or sandstone.

It may not be as big a snub as the choice of a custom ARM processor for the Surface Pro X – or Apple’s move to make its own CPUs – but the addition of a choice between Intel and AMD does demonstrate the industry’s continued movement away from the previous dominance of Intel.