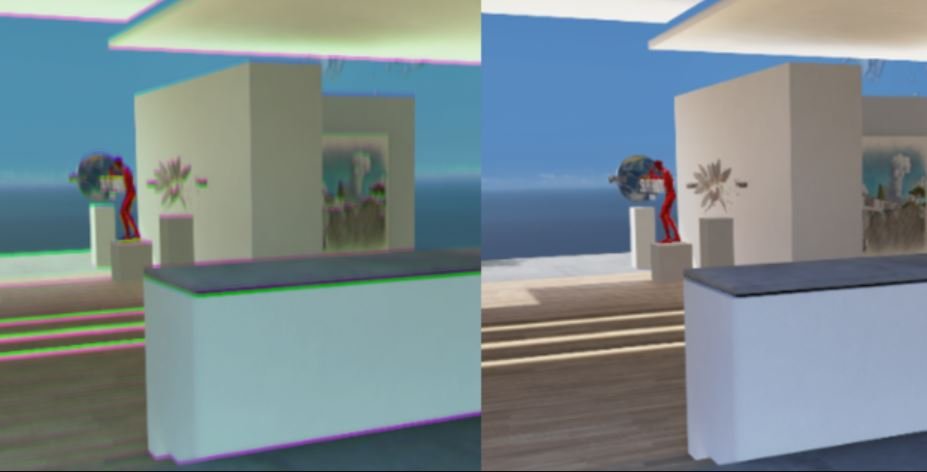 Microsoft has delivered new improved algorithms to several Windows Mixed Reality headsets to improve the visual quality. Check out the below image to see the difference.

Almost every VR headset released to date has had some level of visual corrections implemented in software or on the GPU to correct for artifacts caused by some aspect of the hardware. Correcting for lens distortion is a great example of this.

Microsoft’s correction algorithms reduce both color fringing and the overall color tinting. Check out the below image to see the difference.

You can learn more about the latest Windows Mixed Reality headset here.