Microsoft confirmed the problems later on. The known issues section of the updates in question contain the following description:

A small subset of users have reported lower than expected performance in games after installing this update. Most users affected by this issue are running games full screen or borderless windowed modes and using two or more monitors.

Games can be run in the three game modes full screen, borderless window or windowed.

Microsoft has a fix for the issue which will be deployed automatically to “consumer devices and non-managed business devices”. The company is using a new feature, called Known Issue Rollback (KIR) to fix the issue on affected devices. The feature enables Microsoft to “quickly revert a single, targeted fix to a previously released behavior if a critical regression is discovered”. 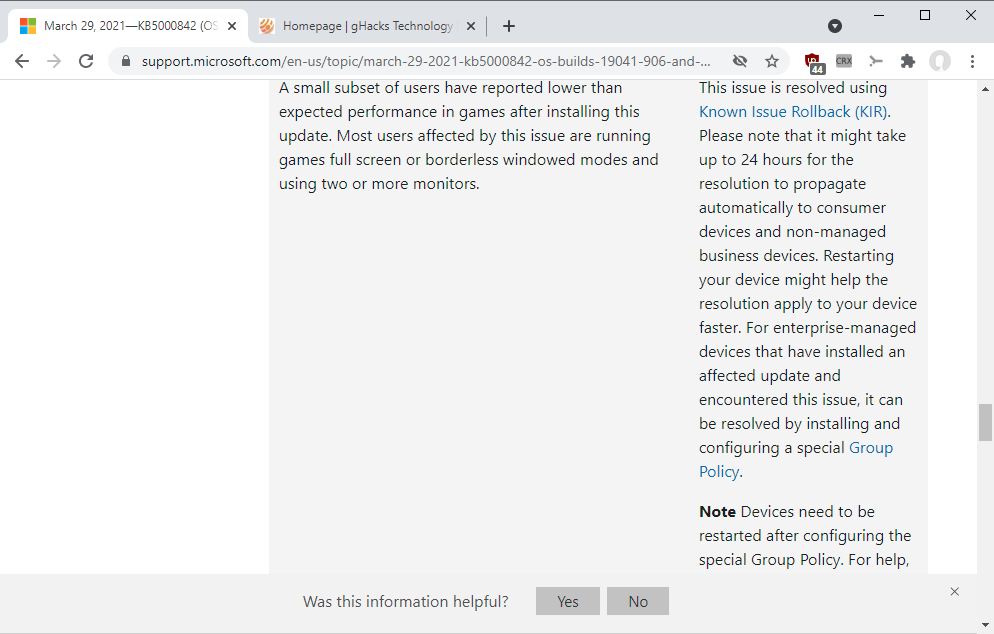 Microsoft notes that it may take up to 24 hours for “the resolution to propagate automatically”. A restart of the device may apply the fix faster according to Microsoft.

Enterprise-managed devices need to install and configure a “special Group Policy” according to Microsoft. Administrators may download the MSI file on the support pages, e.g. this one. The link is listed in the workaround column of the described issue.

Windows gamers who are affected by the game performance issue should see performance restored over the course of the next 24 hour period.