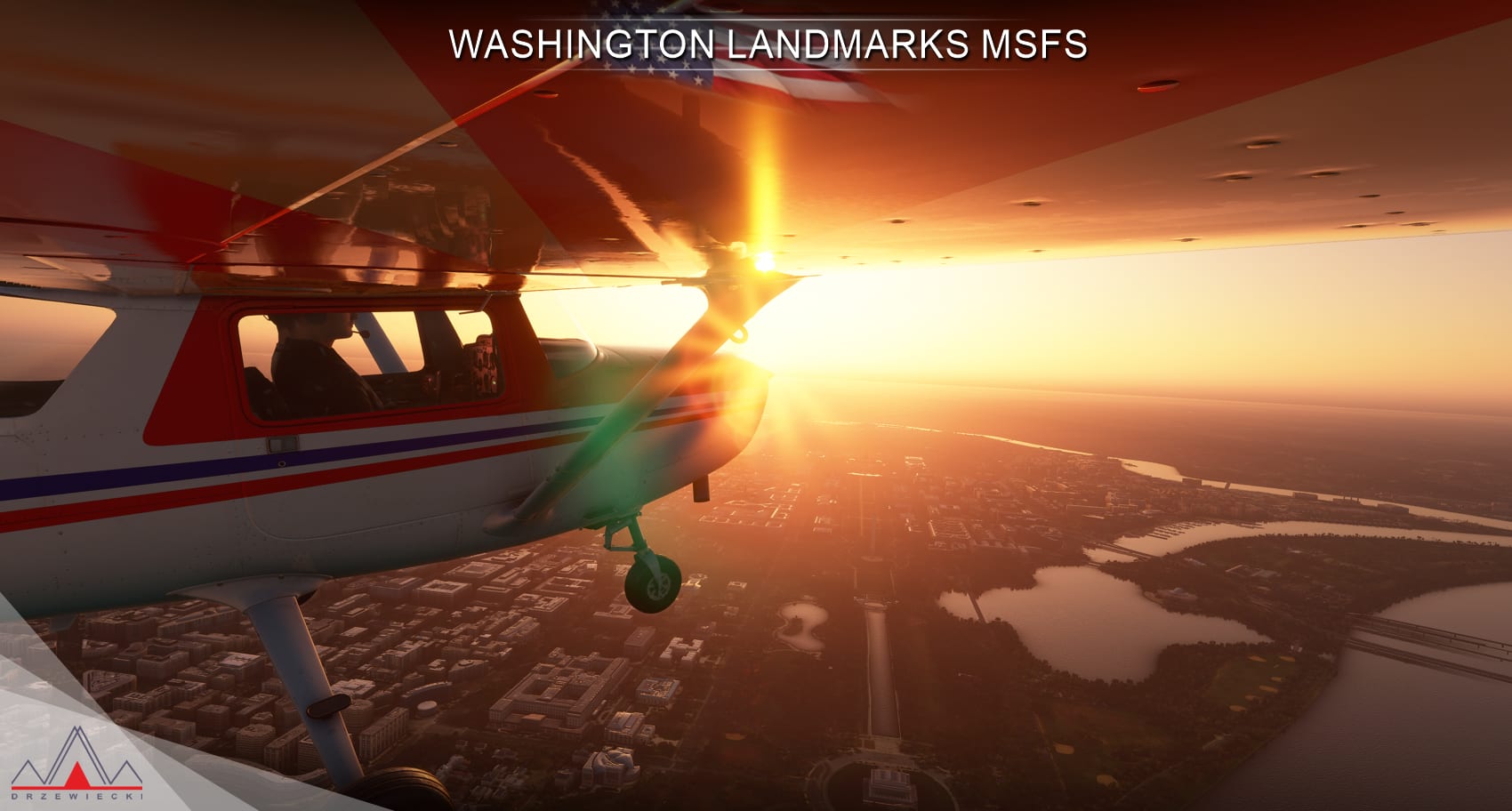 Third-party add-on developers have hit the ground running with Microsoft Flight Simulator, and a new extensive package has been released by Drzewiecki Design.

This time around, the U.S. Capital of Washington, D.C. gets a relevant facelift with the addition of “over 1,500 custom-made buildings and other points of interest like monuments, bridges, trains, stadiums.”

On top of that the package also includes enhancements for surrounding airports and heliports.

Funnily, if you get close enough to look inside the White House, you’ll notice that it’s actually inhabited. I wonder if Drzewiecki Design will update the add-on in November if the house’s dweller changes.

Incidentally, if you’re unfamiliar with the developer, it’s the same that recently released the rather awesome Moscow package.

Here are an official description and screenshots.

Washington Landmarks MSFS is a package of Washington D.C. landmarks. It includes roughly 1500 custom-made buildings and other points of interest like monuments, bridges, trains, stadiums. Explore custom-modeled areas such as The Mall, West End, East End, Waterfront, U.S.G., Crystal City, and Rosslyn – all in full PBR and with epic night textures. Have you ever been to the Oval Office in the White House? This is your chance! Additionally, an optional enhancement pack for 4 airports around Washington is provided (KADW, KCGS, KVKX, W32) as well as a dozen of landable helipads.

On top of this, we also get a sneak peek of Concorde by DC Designs.

Apparently, it’s not going to be for the faint of heart.

“Lots of testing of the systems aboard Concorde, and I should probably reiterate to everybody who is looking forward to buying Concorde that although we definitely don’t do “study level”, everybody is really going to have their hands full operating this aircraft. There really is so much to do to ensure that the airplane flies as it should, in terms of fuel transfer, centre of gravity balance and hitting the right “numbers” in the climb that I’m afraid there’s no easy way out – you either fly the airplane right, or you don’t get to experience Mach 2 at 58,000ft. We’re not putting anything in the user’s way, it’s just plain physics and aerodynamics.”

You can also check out our growing guide wiki that includes more information that can help you get started in the game.

The post Microsoft Flight Simulator Gets Washington Landmarks Add-On While Concorde Gets a Sneak Peek appeared first on Twinfinite.