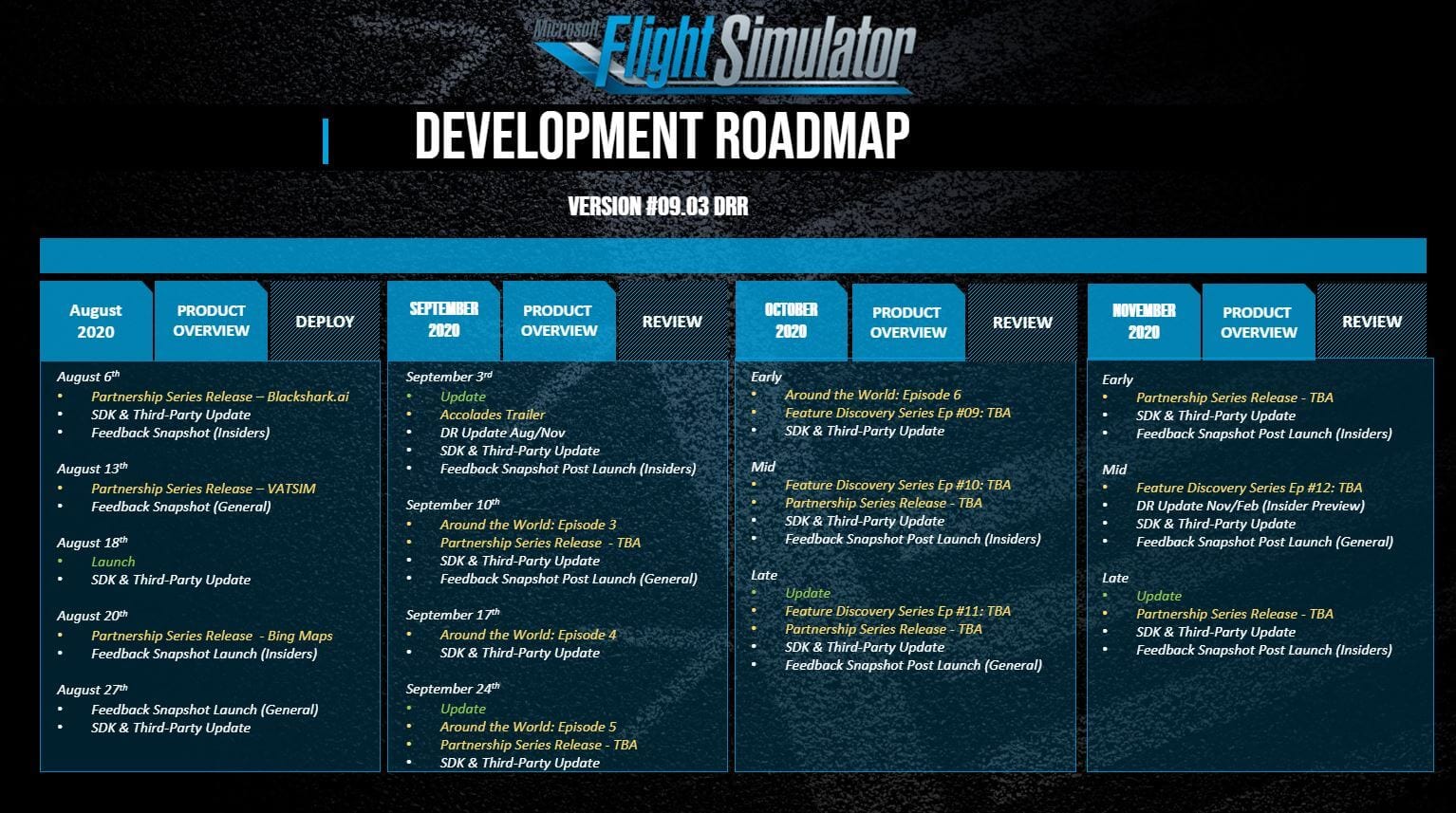 Microsoft Flight Simulator received its first update yesterday and it’s proving rather popular, but its developers are not resting on laurels just yet.

Today they posted a new development update in which they announced that another patch that should address specific issues within the game is in the final testing phase and planned for this month.

We also get a development roadmap that hints to the fact that we should be getting updates in late October and December as well.

Interestingly, a feedback snapshot addresses feedback from the community and indicates what is being acted upon in this month’s update.

Other issues are being addressed and marked as “in progress.” You can check them out below.

You can also check out our growing guide wiki that includes more information that can help you get started in the game.