Microsoft has announced that it’s no longer shipping the SMB1 (Server Message Block version 1) protocol by default with Windows 11 Home starting with the next major release for Windows 11. This is the next major step in getting rid of the long-deprecated protocol, which some users have still been holding onto. Additionally, in the future, the SMB1 binaries will be removed altogether.

SMB1 was an old network protocol that allowed PCs to connect to certain network devices, such as hard drives and other equipment. The protocol has been superseded by SMB 2 as of 2007, and it was publicly deprecated in 2014, so it’s only natural that Microsoft wants to get rid of it.

This process started back in 2017, when Microsoft started shipping Windows 10 and Windows Server without SMB1 server service installed out of the box. Additionally, most editions of Windows also no longer came with the SMB1 client service installed by default. The exceptions were the Home and Pro editions of Windows 10, until one year later, when Windows 10 Pro also had the client service disabled by default. 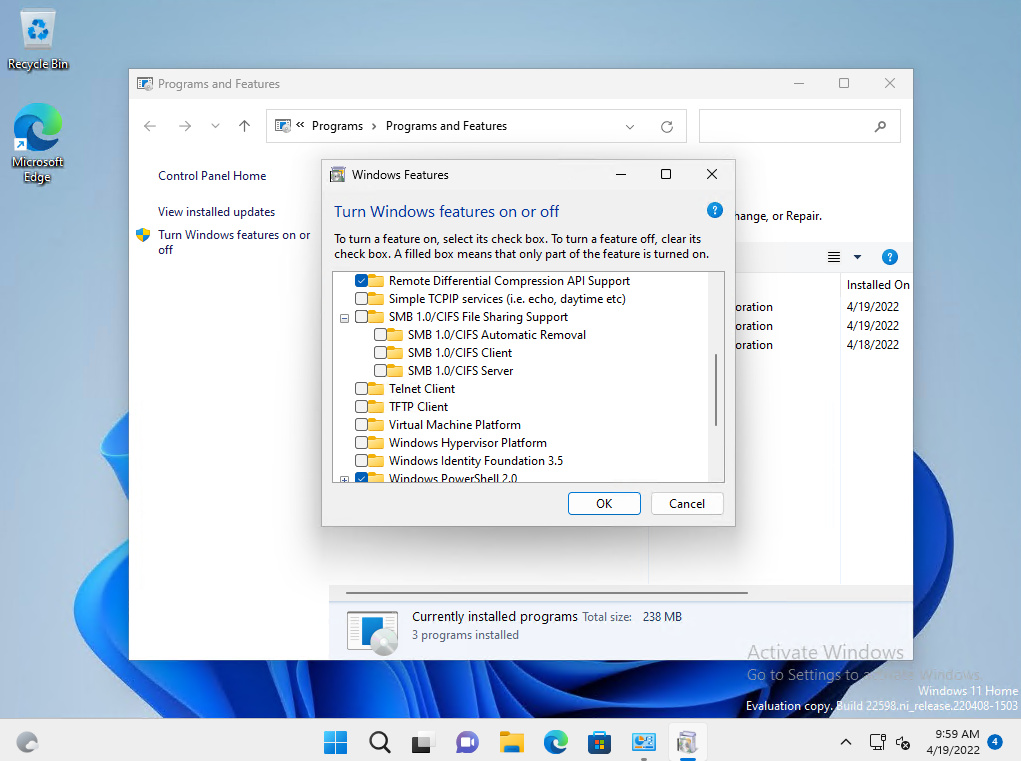 Through it all, Windows 10 Home – and Windows 11 Home after it – still came with the SMB1 client service enabled. Microsoft says it had to wait a while before it could disable it because it knows it’s going to be a problem for some consumers who won’t understand why their old network equipment doesn’t work anymore.

However, it’s finally happening, and the next major update for Windows 11, coming in the second half of 2022, will no longer have the SMB1 client service enabled by default in Home editions. This only applies to clean installs, though – the settings won’t change for machines upgrading from the current version of Windows, so you don’t have to worry about things breaking. Additionally, you can still enable SMB1 support manually through the Control Panel.

That won’t be the case forever, though. Microsoft also announced today that it’s removing the binaries for SMB1 from all Windows 11 and Windows Server editions in a future release. That means you’ll no longer be able to simply enable the SMB1 protocol on your machine. To accommodate users who can’t keep up with the change, Microsoft says it will publish an out-of-band unsupported package to enable SMB1 for users that really need it.

We don’t know exactly when that will happen, and even the update coming later this year doesn’t have a set date yet. The first release of Windows 11 happened on October 5th, so we’d expect the next major update to arrive about one year later, but that remains to be seen.