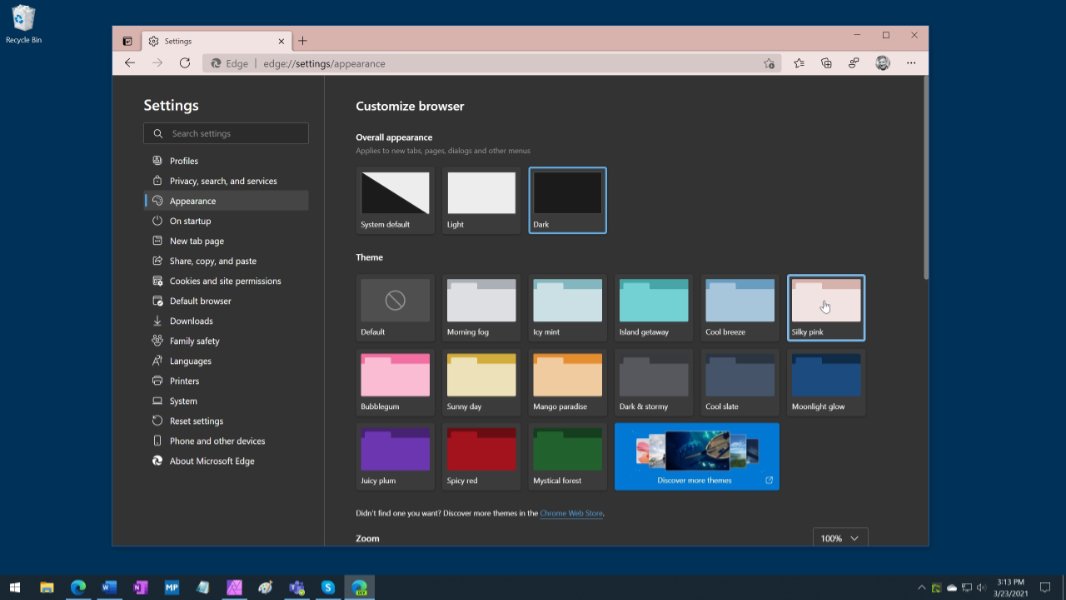 Microsoft announced that it was bringing themes to Edge web browser back in January and the initial release supported adding themes from the Microsoft Edge Add-Ins website. But in the new Dev channel build, Microsoft had added 14 new color-based themes directly into browser settings, making it easier to get started.

“The Overall appearance section changes the primary look of the browser, including new tabs, pages, dialogs, and other menus,” Microsoft’s William Devereux explains. “By default, Edge will try to match the appearance of your operating system, but if you prefer to always live in light or dark mode you can do that too. Like other Chromium browsers, this setting applies to all of your profiles.”

The Linux sign-in and sync functionality is now available for Microsoft accounts only, but the firm will add support for commercial AAD-type sign-ins in the future as well. Also, you will need to set an experimental flag to get this feature working today: Look for “MSA sign-in” in edge://flags.