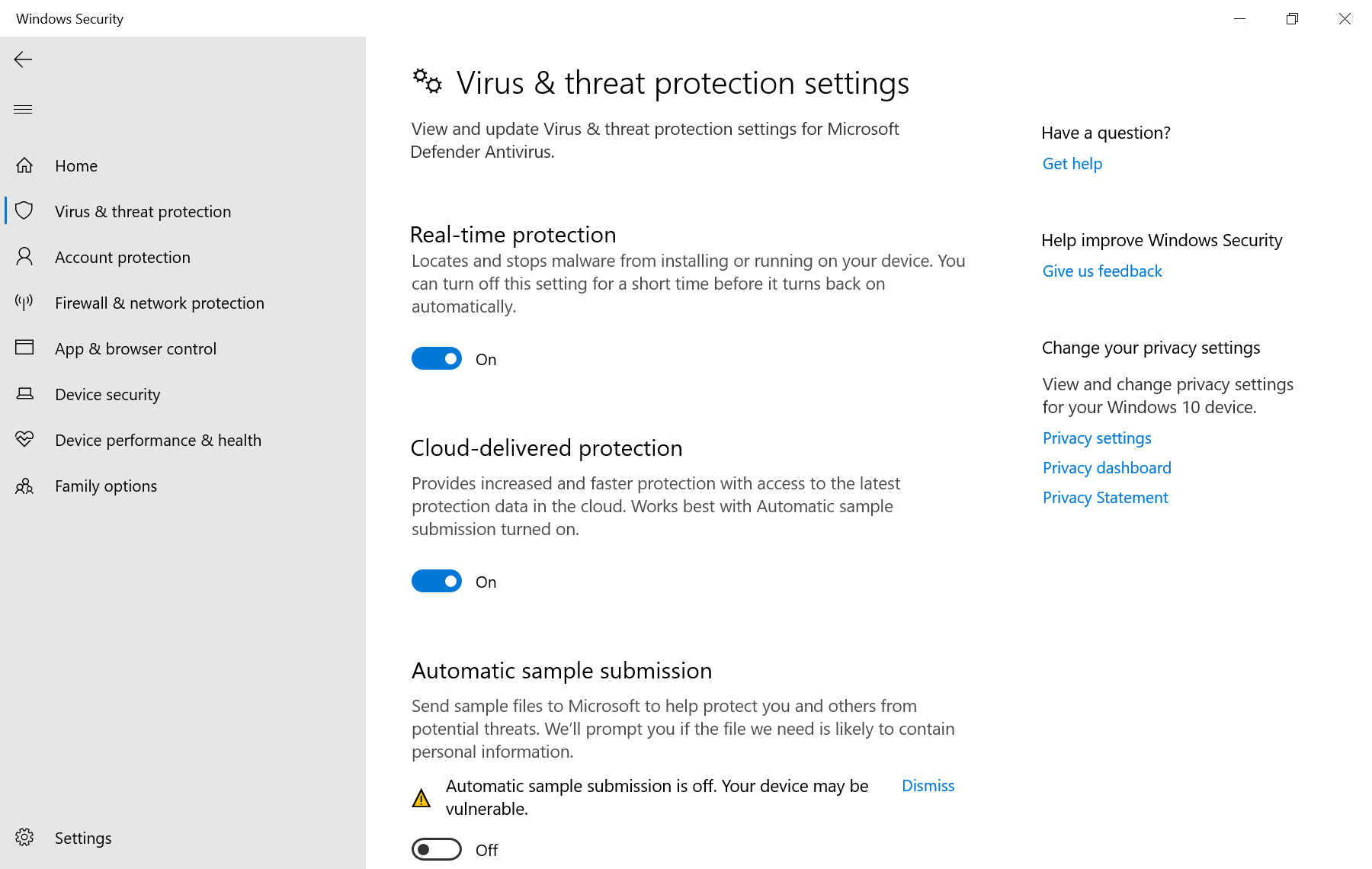 Microsoft released an update for the security program earlier this month that introduced two major changes to it. The first made Microsoft Defender Antivirus flag hosts file manipulations as malicious if they contained entries for certain Microsoft servers, mostly Telemetry servers used to submit data from the Windows 10 device to Microsoft.

The second change came to light just recently. It appears that Microsoft disabled the Registry key DisableAntiSpyware which administrators could use to disable Microsoft Windows Defender.

Most uses should not deactivate Microsoft Defender Antivirus if no other antivirus program is active on the system. In some situations, it may be required to disable the tool:

Our colleagues over at Deskmodder note that third-party software such as Defender Control should still work. The equally excellent Configure Defender may work as well.

It is unclear at this point in time if the Group Policy options to disable Windows Defender still work.

Most third-party antivirus solutions come with options to turn off the protection. While not advised, the programs do give users the choice to do so if they choose that option.

Are the two changes in the latest version of Microsoft Windows Defender related? Microsoft is tight lipped about the changes and it seems unlikely that it is going to release a public statement about either of these.

Now You: Which antivirus solution do you use, and why?

Thank you for being a Ghacks reader. The post Microsoft makes it difficult to disable Windows Defender on Windows 10 appeared first on gHacks Technology News.