Windows 10 users who run consumer versions of the operating system and want to stay on a particular version of Windows 10 that is not the recent version, may want to avoid the recently re-released update KB4023057.

KB4023057 is re-issued regularly by Microsoft. Microsoft explains that the update “includes reliability improvements to Windows Update Service components in consumer Windows 10 versions”, and that it “includes files and resources that address issues that affect the update processes in Windows 10 that may prevent important Windows updates from being installed”. 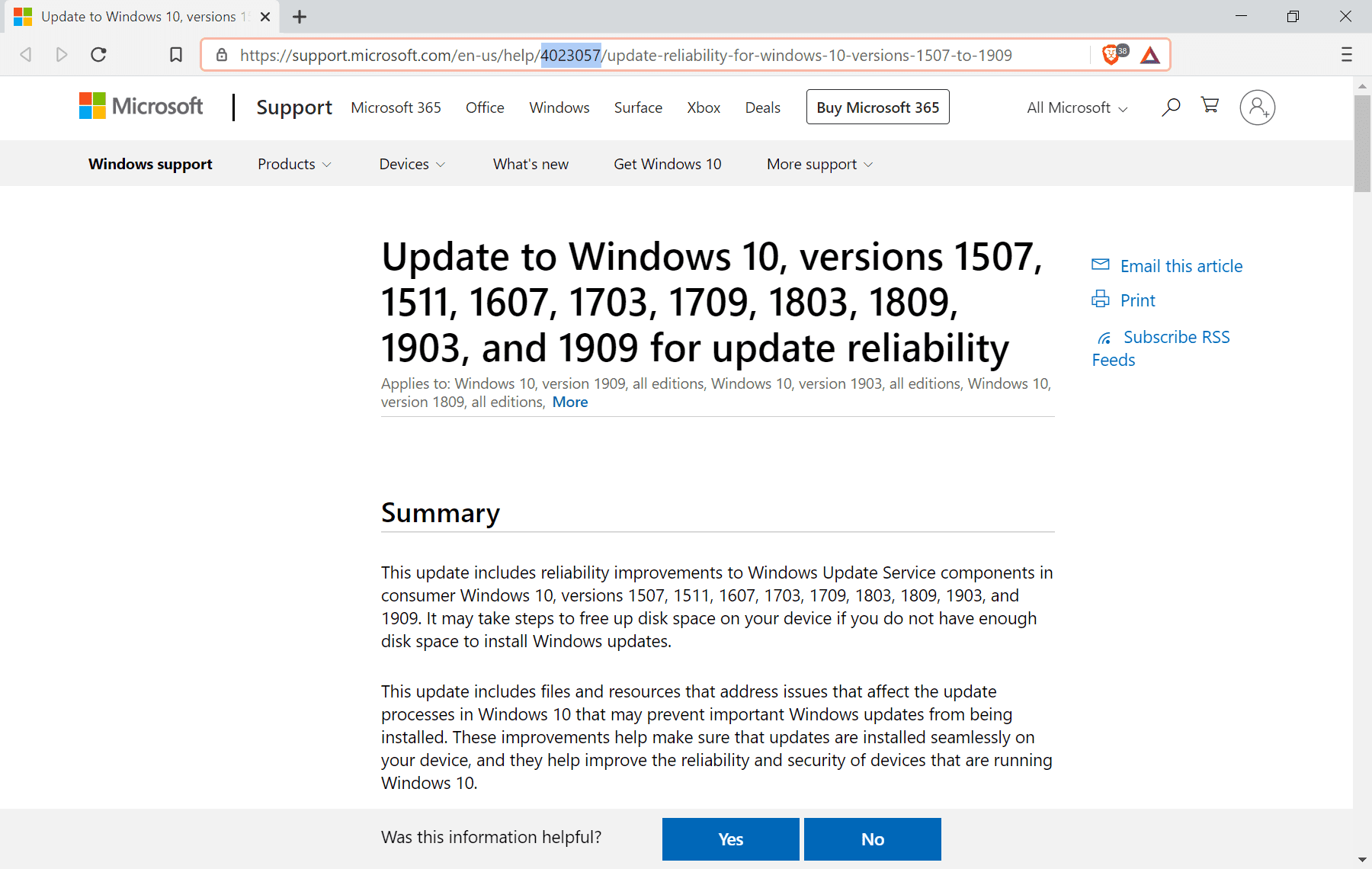 While that sounds good on paper and may be useful to Home users who want to upgrade but are stuck somehow, it poses a problem to users who don’t want their systems to be upgraded at that point.

The main issue from that point of view is that the update may change the system’s settings in regards to the installation of automatic updates. In other words, if you have configured Windows 10 to block the automatic installation of updates, this update will undo the changes and you end up getting all updates pushed to the system and installed.

The update description highlights the fact, but it is rather vague as it does not provide details on the actual changes that are made to the system:

This update may try to reset network settings if problems are detected, and it will clean up registry keys that may be preventing updates from being installed successfully.

Windows 10 administrators who don’t want their devices to be upgraded need to block the update from being installed; this can be done in a number of ways including hiding the update using Wushowhide.diagcab which can be downloaded from Microsoft, update blockers like Windows Update Blocker by Sordum, or by using this — lengthy — method suggested on the Ask Woody forum.

The patch may help on systems that somehow cannot be upgraded to the latest version of Windows 10, e.g. if there is not enough free disk space or if update settings prevent the installation. Admins who don’t want their devices to be upgraded at this point need to avoid the update at all costs as it will upgrade the system automatically if it gets installed. (via Ask Woody)

Thank you for being a Ghacks reader. The post Microsoft pushes out KB4023057 again to enforce Windows 10 upgrades appeared first on gHacks Technology News.