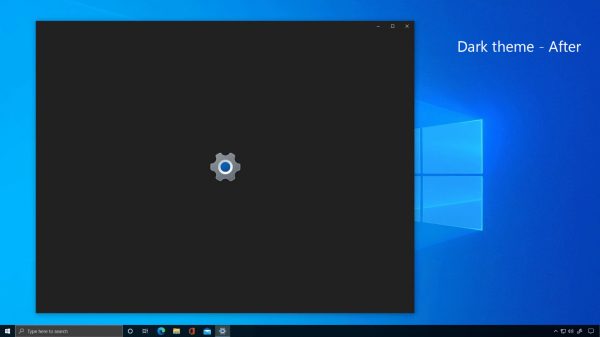 Yesterday, Microsoft began rolling out the latest feature update for Windows 10. The long-awaited October 2020 Update -- or 20H1 if you prefer -- comes with a number of new features, such as improvements to Microsoft Edge, a refreshed Start menu, new Settings, and better notifications.

Today, the software giant releases a new Windows build for Insiders on the Dev Channel.

The big new feature in Build 20241 is theme-aware splash screens for Universal Windows Platform (UWP) apps, an addition which builds on the theme-aware tiles now found in Start.

According to Microsoft’s Brandon LeBlanc:

The following apps are currently supported, although more will be added in due course:

Like most new preview features, this will only be made available to a subset of Windows Insiders, and rolled out more widely in a future release.

Other changes and improvements in this build include: