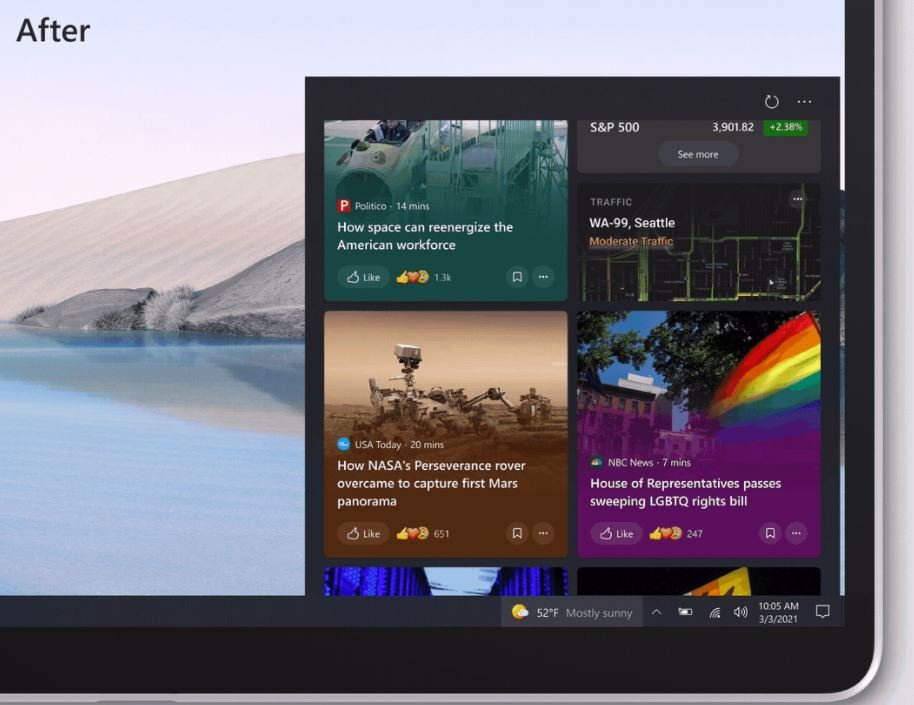 Microsoft last week announced the release of Windows 10 Build 21332 to Dev Channel Insiders. In this build, Microsoft removed the news and interests feature for Insiders. Today, Microsoft released Cumulative Update Build 21332.1010 (KB5001478). This update does not include any new feature and is released to test Microsoft’s servicing pipeline.

An update on the roll out of news and interests

It is important to reiterate that by gradually rolling out features to Insiders like this, it really helps us quickly identify issues that may impact performance and reliability.