During an event at the start of April, Microsoft announced several new features coming to Windows 11, including new snap layout gestures, folders in Start Menu, and the ability to have tabs in File Explorer, but this particular feature is still missing and it won’t be debuting with Windows 11 version 22H2.

Tabs in File Explorer is one of the biggest updates to Explorer in years. In addition to tabs, we’re getting a new sidebar for File Explorer and a darker dark mode. There’s a new ‘Home’ view that lets you view the recently used files like pictures or videos and integration with OneDrive.

File Explorer’s tabs support is apparently a big deal and many users are wondering where it is. Thankfully, Microsoft has confirmed that it’s still working on tabs for File Explorer, but it won’t appear in the production builds of Windows 11 version 22H2, meaning that a stable release of tabs is still far away. 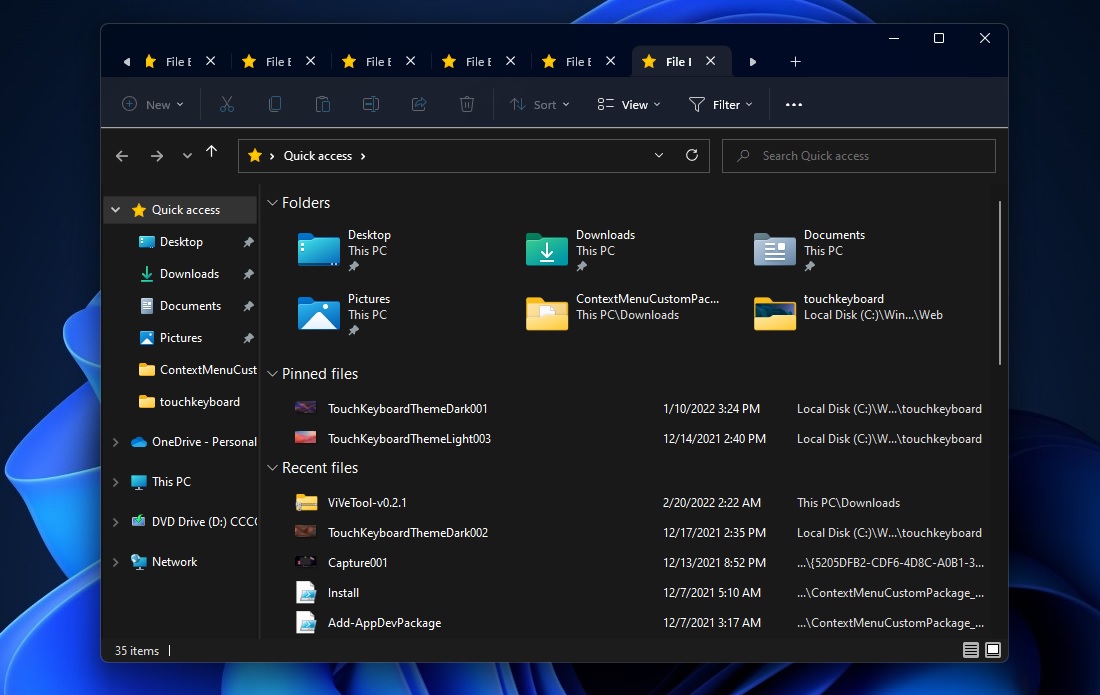 Responding to a question on File Explorer tabs for Windows 11, Microsoft’s Program Manager reiterated that users may have to wait for the feature and its arrival is full of uncertainty, with the official noting:

“Features like tabs in File Explorer will show up to Windows Insiders (between the Dev and Beta Channels) when they are ready, we’re not as “release” based as we used to be as we mentioned in this blog post back in February”.

This makes it clear that Windows 11 22H2 won’t be shipping with tabs in File Explorer, but there’s a possibility that the feature will be enabled in version 22H2 via some cumulative or feature experiences in future.

A closer look at tabs in Explorer

File Explorer tabs appeared in one of the preview builds released this year and it was later updated with drag and drop support before getting removed. Like your web browser, you can right-click in File Explorer and click on the ‘Open in New Tab’ option to open that particular folder in a new tab.

It is also possible to reorder the open tabs in Explorer by selecting and dragging the tab within or outside the app.

Tabs is one of those missing features that should have been in Windows years ago. While it’s coming soon, you may still have to wait until later this year to try the feature. There’s still no official word as to when tabs in File Explorer are coming to the Windows Insider Program.

According to sources, Windows 11 Build 22621 is the RTM (release to manufacturer) build for version 22H2 (Sun Valley 2) and the feature update is expected to launch in the fall, with reports pointing to September or October rollout.