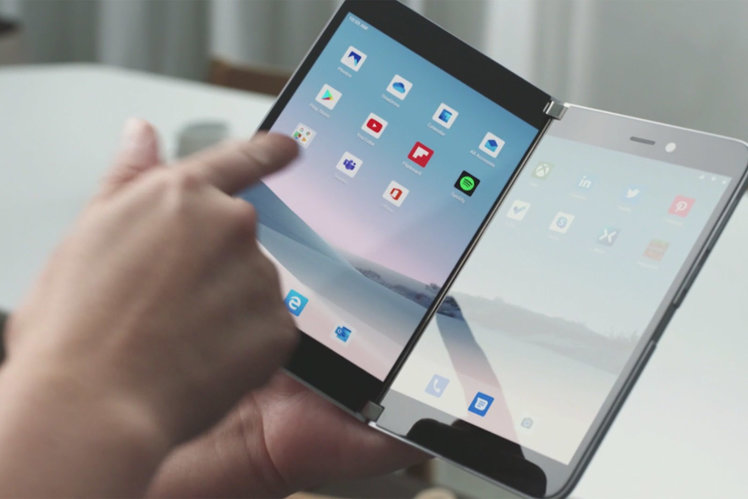 Here’s everything we know about Surface Duo so far – a Surface Phone in all but name.

Microsoft was rumoured to be working on a Surface Phone – since at least 2016. Microsoft Surface Duo is that device. It’s a dual-screen, foldable Android smartphone-tablet hybrid. As such it’s a different proposition to existing foldables.

Microsoft revealed the device at Microsoft’s October 2019 Surface launch, but with the warning that it wouldn’t be on sale for some time to come. Several signs are pointing towards the fact the Surface Duo release date could be soon.

First of all, Microsoft has been showing off the Android-powered, dual-screen device on Twitter during summer 2020. Plus, it has surfaced at various regulatory bodies such as the US Federal Communication Commission (FCC), Japan’s Ministry of Internal Affairs and Communications and Bluetooth SIG – usually a sign that a commercial release is close.

Wonderful day to meet outdoors with @panos_panay on Microsoft Teams and Surface Duo on . . . well Teams and Duo pic.twitter.com/f9tiiQhhly

So we know the device is in active testing at the moment. We don’t yet have a price and that will likely determine the Surface Duo’s success. Here are the full Surface Duo specs and details. 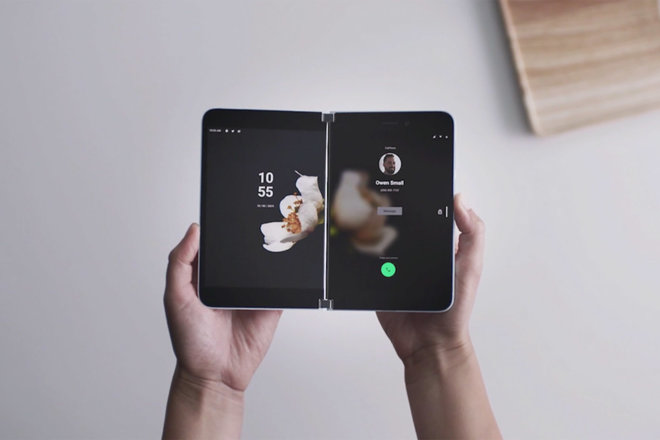 What is Surface Duo?

At last October’s Surface launch event, Microsoft Chief Product Officer Panos Panay demonstrated how the device can do everything you’d expect from a modern smartphone and tablet.

For instance, you can use it to play with apps and make calls, and it can even fit in your pocket. However, Panay said the company doesn’t view the new Surface Duo as a smartphone despite its ability to be used for calls.

Microsoft wants this to be an entirely new type of device, capable of acting like the company’s existing 2-in-1 Surface devices yet pocket-sized. We’ve heard Microsoft say the screen is 4.8mm thick so folded together it’ll be 9.6mm.

While that’s thicker than most flagship phones, it’s still decent. However, we can see some criticism on the horizon for the thick bezels at the top and bottom of the screens.

Microsoft is clearly apprehensive to pitch this as a phone due to its struggles in that market. While Surface laptops and tablets are successful, Microsoft’s forays into mobile devices have been disastrous.

Microsoft failed to make a success of its own mobile operating system, and its purchase of Nokia in 2013 was one of the biggest corporate fails in history, causing Microsoft to write off $7.6 billion. It finally stopped its Windows Phone effort in 2017. 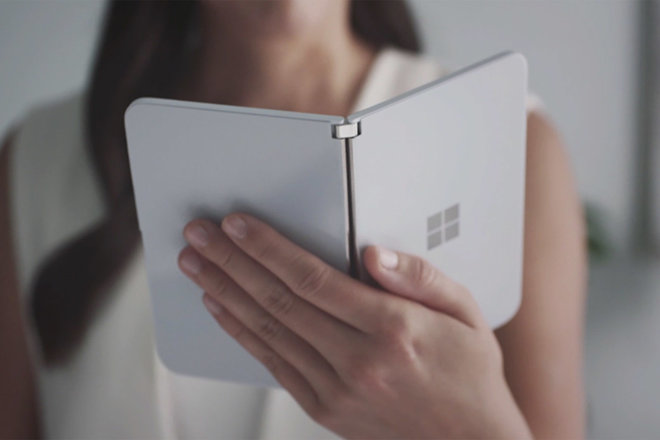 Surface Duo runs Android, albeit a heavily skinned version of Google’s mobile operating system that actually reminds us of Windows 10 X that will be coming to some other dual-screen Windows devices. It appears to offer access to standard Android apps (presumably via the Google Play Store) and will even let you place or accept calls.

The move to Android is, of course, interesting. While Windows Mobile limped along for most of its life until it was put out of its misery, the “new Microsoft” has taken a vastly different approach to the world’s thirst for smartphones since CEO Satya Nadella took over the lead of Microsoft from Steve Ballmer in 2014.

Instead, it focused on developing apps that worked on iOS and Android on the one hand and its undeniably successful Surface lineup of Windows PCs on the other.

Some reports suggest the Surface Duo will get a quick update to Android 11 as that is now imminent. There’s no dev kit for developers to prepare their apps, but Microsoft has now released an emulator so you can check it out. It’s unmistakably Android with regular gestures and controls.

However, while Microsoft’s own apps will work seamlessly with the dual screen, it remains to be seen whether other developers will make their own apps compatible.

Apparently, Microsoft is now running the Android development in house after originally contracting the work elsewhere through a third party Movial. As of July 2020, Microsoft has now acquired Movial so has been working to bring many of its employees in house.

The Surface Duo looks a lot Microsoft’s larger dual-screen Windows 10X-powered Surface Neo, but it’s more pocketable. It features two 5.6-inch screens and can rotate on a 360-degree hinge so that it works as an 8.3-inch tablet. The device can fold together to protect the screens, or open up so that both screens can be simultaneously used. You can even have the device closed with one screen facing out, like a phone.

The displays have a 4:3 aspect ratio like other Surfaces.

Each display can run two different apps at the same time. You can even use one of the displays as a keyboard or game controller. Both screens will support Surface Pen, so we guess that may magnetically attach to the outside.

In February 2020, WalkingCat shared a video of “peek” feature for the Surface Duo. In it, you can more clearly see how the device will work with notifications, which appear on the right side of the display so you can deal with them without having to completely open the device. For calls, you can also open the Surface Duo fully to accept an incoming call.

The Surface Duo prototype featured a Qualcomm Snapdragon 855 processor, but we believe it will use the newer Snapdragon 865 in the final version. Keep in mind the Surface Duo is in preview. Many features and specs have yet to be confirmed.

Other specs have since leaked such as 6GB of memory and dual 64/256GB storage sizes, but these remain officially unconfirmed. It’s also reported to have a sizeable 3,640mAh battery, though it will need to be as it has to power two displays.

While there will be a SIM-card slot (reportedly for 4G, though we reckon it’ll be 5G), we believe there won’t be an SD card reader or other expandable storage. It’s reported there will be a fingerprint reader though.

Charging and data connectivity will be via USB-C. 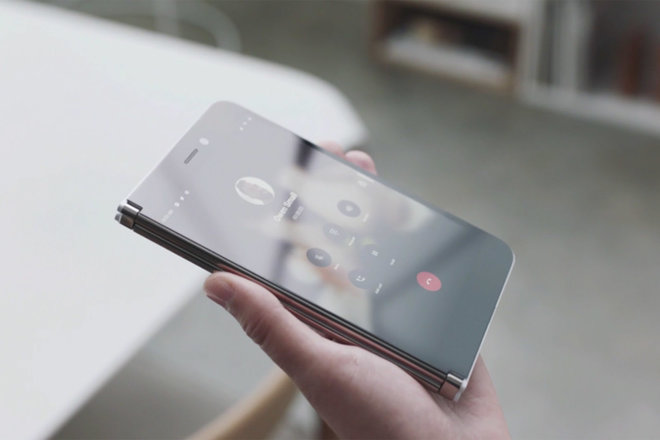