Microsoft is testing a new Large Gallery Mode in the latest public preview of Microsoft Teams.

The feature would show up to 98 people in two 7×7 grids, as can be seen below: 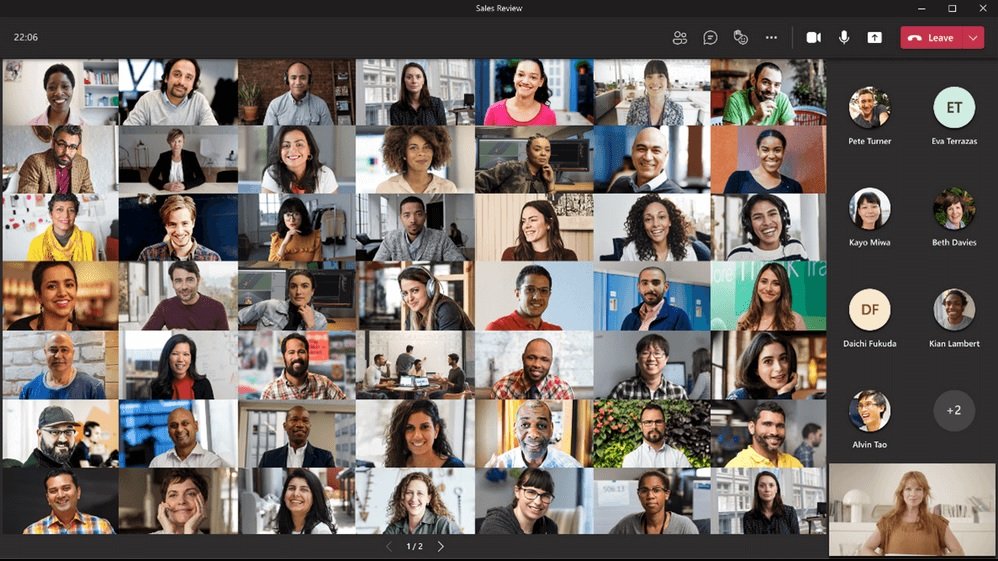 Only 49 people can be displayed on the screen at one time, but users are able to easily page to a second screen for the rest of the attendees.

“When you choose Large Gallery view, and if there are more than 49 videos, navigation controls < and > would appear below the Large Gallery and you can use these controls to view or engage with more video participants,” said Microsoft.

The feature builds on the original Large Gallery Mode, which only supported 49 users and is enabled by default for Microsoft Teams public preview users on Windows and Mac.