Today Microsoft announced that Microsoft Teams Rooms is getting a Windows Service Update and New Skills in Cortana. 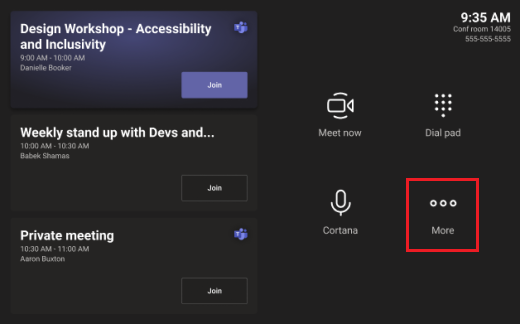 There are two upcoming changes in Cortana:

Push To Talk will be on by default. If your device is set up as new just out of the box or you reset it from scratch, Cortana Push To Talk will be enabled by default. Any person using those rooms will be able to tap on the microphone that says Cortana and use any of the skills. This is a change from the previous release to production when the IT admins needed to change the Skype xml settings file to turn on Cortana Push to Talk.

To access the feature admins need to update their newly imaged device to the latest release in store and the new skills will be available to use.

Microsoft expects to begin rolling this out in early September and expect to complete the full rollout by mid-September.