Clipchamp has caught up with some of its competition now that it supports free FHD exports. 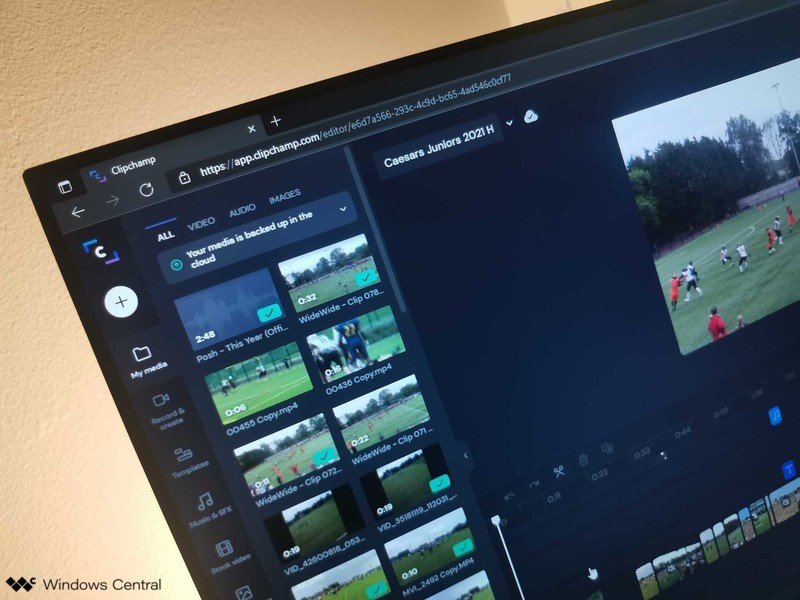 When Microsoft purchased Clipchamp, and even when the video editor was built into Windows 11’s video editing app, the maximum resolution of free exports was 480p. That drew quite a bit of criticism, including harsh words from our senior editor Jez Corden:

Clipchamp thinks that 1080p exports are “business-grade” at $19 per month, which is absolutely laughable — I’d go as far to call it offensive. A clown businessman thought that $9 per month is good value for 720p exports. Remember 720p TVs? Me neither. Clipchamp sure does though, and Microsoft thinks you’re dumb enough to pay for these features which were, previously, free as part of the Windows 10 and 11 Photos app. For free, with Clipchamp, you get badass “unlimited” 480p exports. Gee, how generous. I’ll just fire up TikTok on my cathode-ray tube monitor and have a blast.

Microsoft has since made a significant change, increasing the resolution of exports through the free basic plan to 1080p. This brings Clipchamp in line with some other free video editors and should quiet critics. 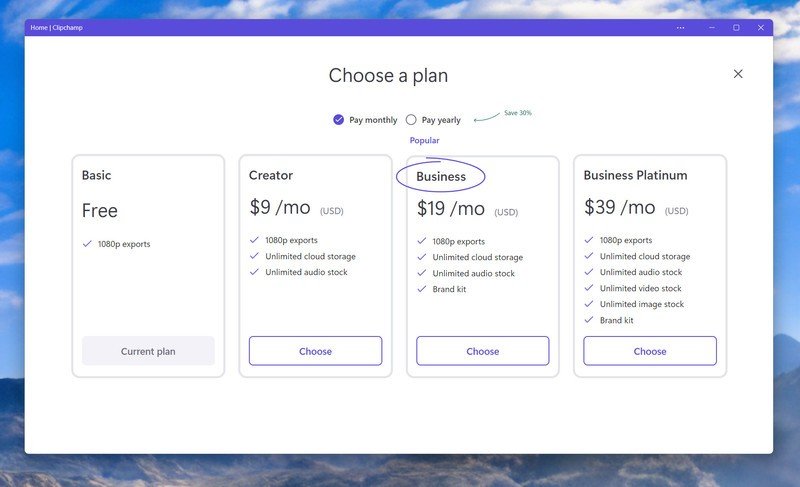 The pricing page for Clipchamp now lists 1080p (full HD) exports under the free basic plan. Upgrading to the creator plan gets users access to cloud storage and stock audio. The business and business platinum plans provide other benefits, such as support for a brand kit and access to stock images.

It’s unclear if Microsoft’s change of plans was made in direct response to criticism of Clipchamp. It’s worth noting that the increased resolution of the free plan occurred within weeks of some of the harshest criticism of the web-based video editor.

Clipchamp is a video editor that integrates with popular cloud storage providers like OneDrive and Dropbox. Now, it supports 1080p exports as part of its free basic plan.