Microsoft has updated its roadmap for Teams to confirm that Teams support for Firefox is in the works, it’s about time. Many people view Teams as the successor to Skype, not just because they are made by the same company, but because of the modern experience that the former provides over the latter, across devices and platforms. 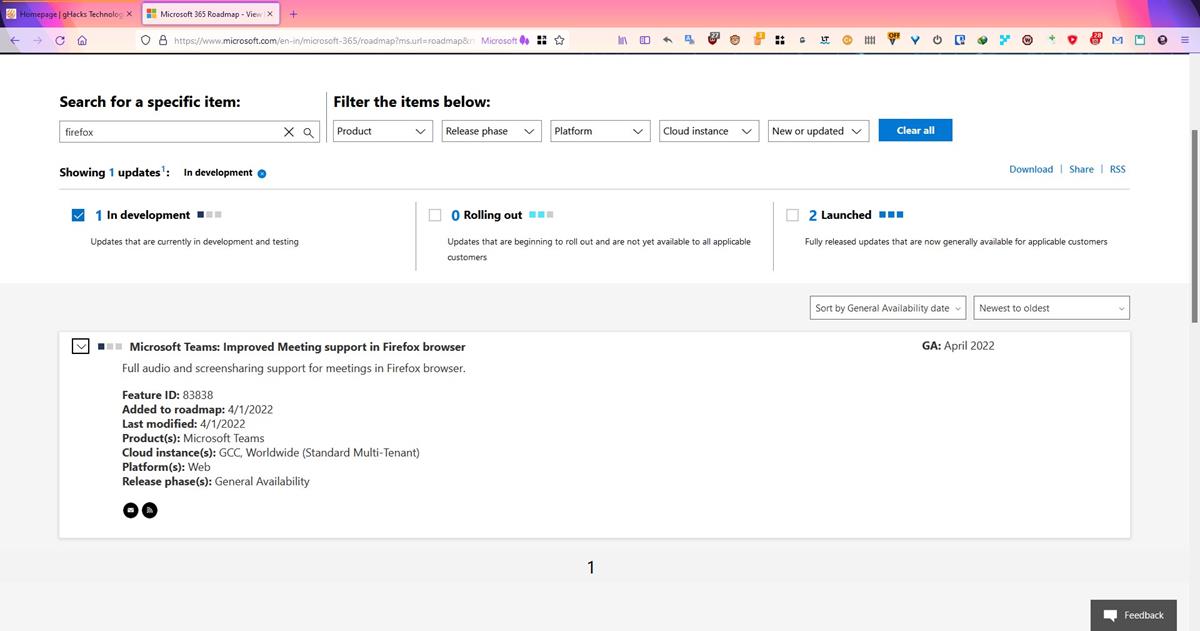 The service’s popularity has been growing steadily, and it now boasts a user base of 270 million monthly active users. Aside from the mobile apps and desktop programs that it offers, Teams, not unlike Skype, can also be used directly from web browsers. Some users prefer to use it that way, without installing the standalone tool on their computer.

The only drawback here is that Teams on the web is not supported in Firefox. It is not the first time Microsoft has ignored Mozilla’s browser. Last year, when it promised to support Skype in all browsers, the Redmond company casually forgot to add the Firefox icon, for which it was criticized. And as Martin pointed out, it wasn’t just the icon that was missing, the VOIP service was indeed not compatible with the browser. A few months later, things have changed, and Skype on the web is functional in Firefox. All’s well that ends well, I suppose.

Let’s get back to Teams. If you try logging in to your Microsoft account on the Teams website using Firefox, you will be greeted by a message that reads, “Hmm. Your browser version isn’t supported. Quickest solution? Download the desktop app.” The web page also has links to the supported browsers that it recommends, Microsoft Edge and Google Chrome. 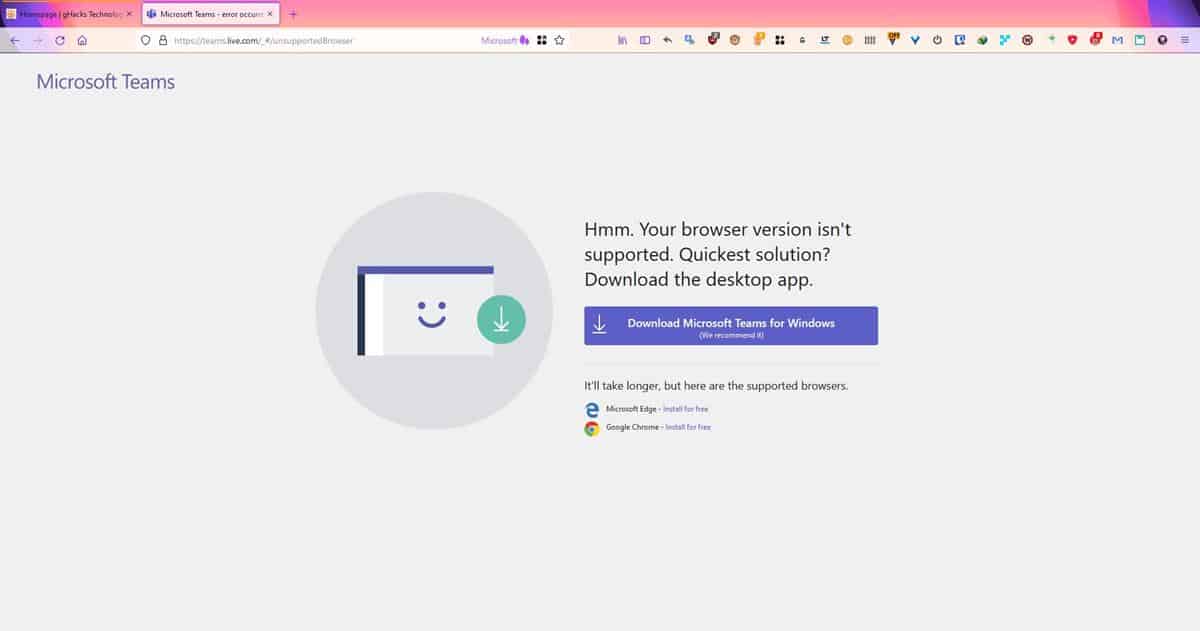 You would think they would have learned their lesson by now, wouldn’t you? Regardless, neither of those two options will be acceptable to a user who was specifically interested in the web-based version. The easiest workaround to such restrictions is to change the user agent of the browser, aka spoof the website to think that you are accessing it from a Chromium based browser. If you are interested in this, you can use an extension like User-Agent Switcher and Manager.

The problem with unofficial fixes such as this, is that you cannot guarantee full compatibility with the service that you are trying to access. Some things may or may not work properly, and since Teams is used for work and school, it cannot be reliable, and shouldn’t be taken lightly.

That is why Microsoft’s decision to support Teams in Firefox is important. The plans outlined in the roadmap reveals that Teams will offer full audio support in Firefox, so you will be able to attend meetings from the web-based version of the service. In addition to this, it will also support screen sharing in Mozilla’s browser.

The feature was only added to the roadmap a few days ago, which might suggest that development is underway. But, the entry spotted by Techradar, has April 2022 as the general availability timeline of Microsoft Teams support in Firefox. So it could actually roll out to user by the end of this month.

The post Microsoft’s roadmap confirms that Teams will soon be supported in Firefox appeared first on gHacks Technology News.