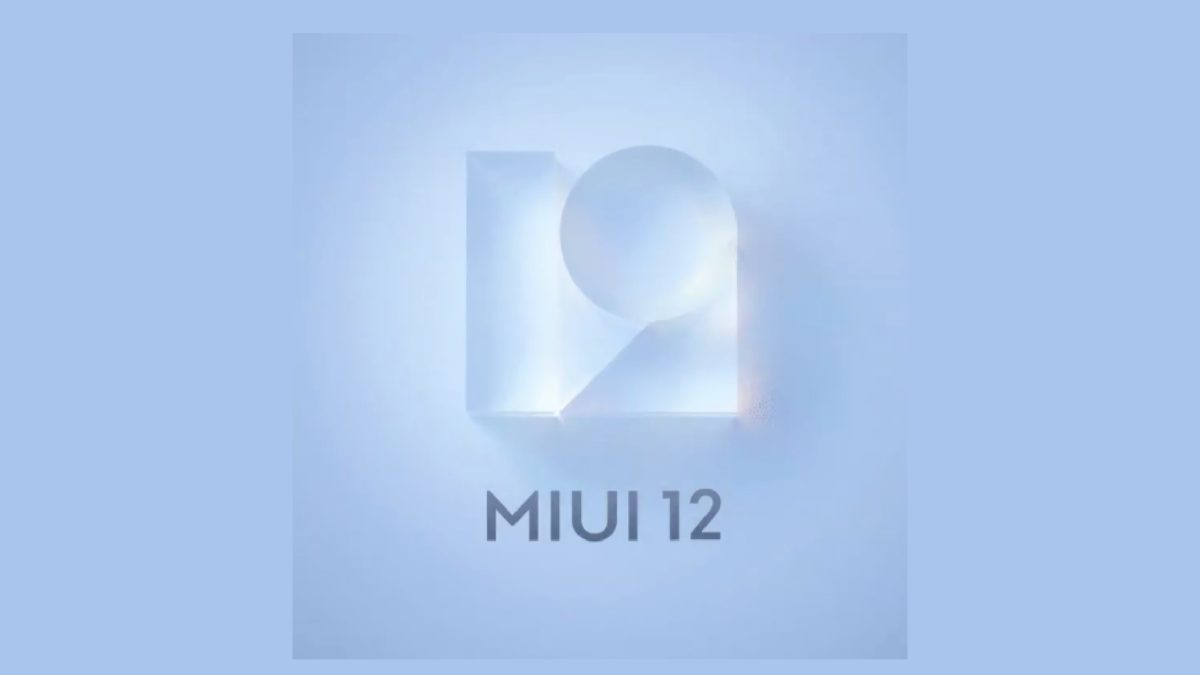 Update, May 8, 2020 (6:57 AM ET): Xiaomi has already made MIUI 12 official in its home country of China. It has also released a schedule for when the new Android skin can be expected to hit its phones.

Now, Xiaomi is possibly teasing the global launch of MIUI 12. The official MIUI handle on Twitter has posted a new teaser asking users to solve a match problem and decipher a date. The answer to the puzzle comes to 19, hence we expect MIUI 12 to go global on May 19.

The current rollout schedule for MIUI 12 (see original article below) seems to be limited to the Chinese market. The global rollout could come with its own update schedule for Xiaomi and Redmi phones outside of China.

We will update this article when we know more about the wider availability of the new software. Meanwhile, we managed to get MIUI 12 working on our Redmi Note 7 Pro unit and you can read all about its coolest features here.

Original article, April 27, 2020 (4:06 AM ET): Xiaomi has announced a new version of its Android skin MIUI. Succeeding MIUI 11, the latest MIUI 12 software will bring a number of UI and visual improvements to eligible Xiaomi phones. It also gets new features such as a revamped dark mode, improved privacy and security tools, new animations, new wallpapers, and much more.

Let’s break down all the new features of MIUI 12 along with details about phones eligible to receive the update. 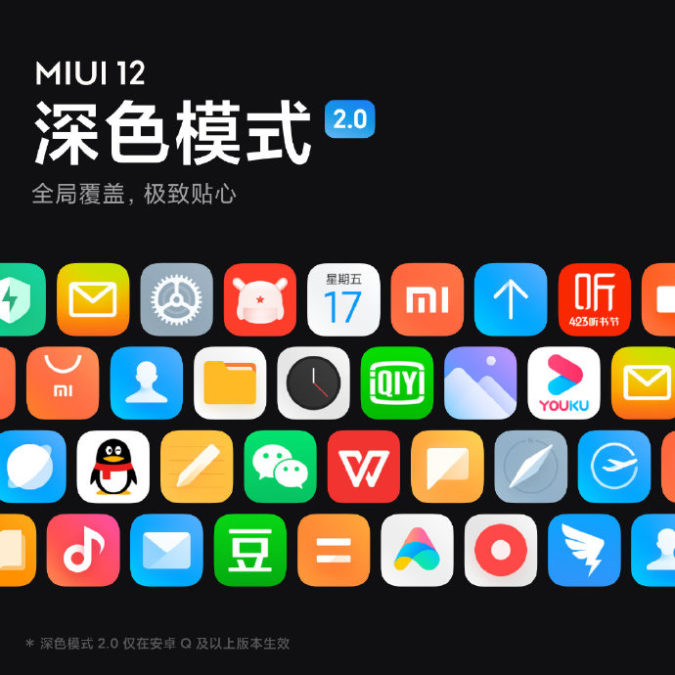 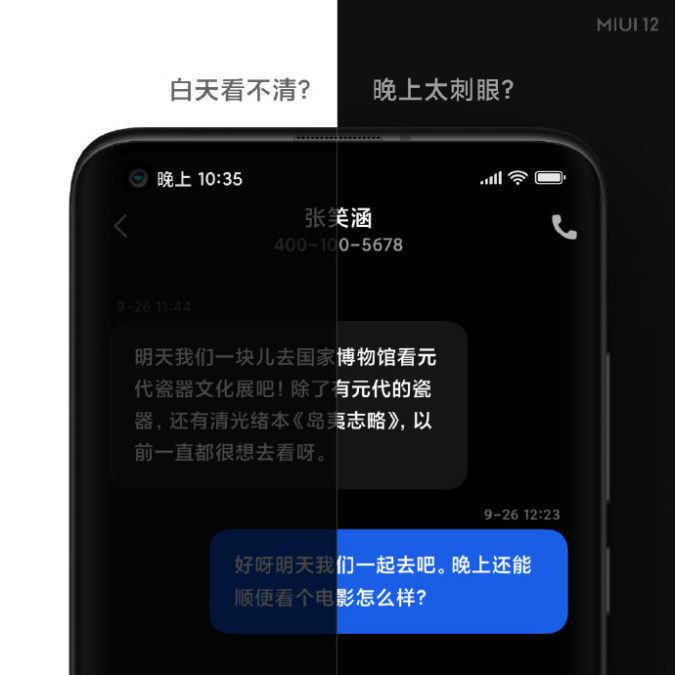 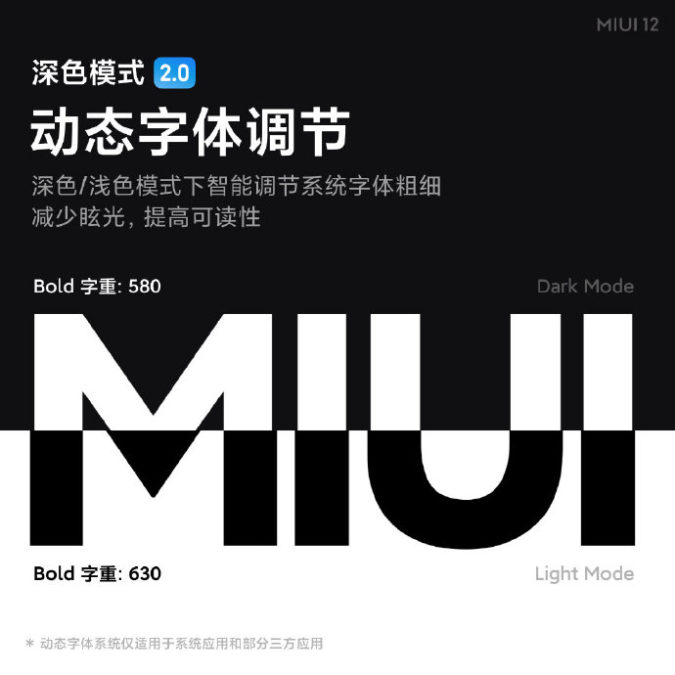 The new Dark Mode 2.0 on MIUI 12 will bring wallpaper dimming to Xiaomi phones. The feature will work in tandem with the time of day and will gradually dim the wallpaper as daylight changes to night time.

Xiaomi is also tweaking the way text is displayed as users switch between light and dark modes. In MIUI 12, the phone will automatically adjust the weight and boldness of the font to reduce glare when the dark mode is turned on. Font contrast will also be adjusted depending on the user’s ambient environment. This should vastly improve legibility of text in low-lit conditions. 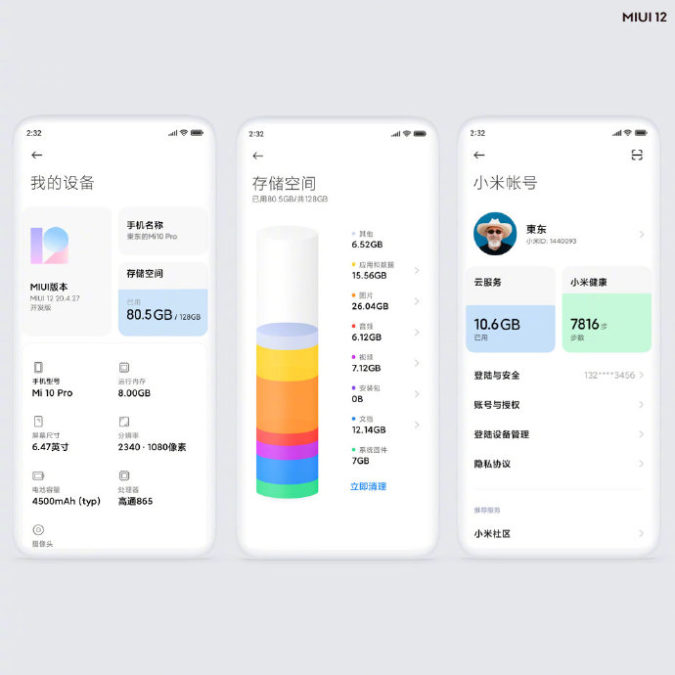 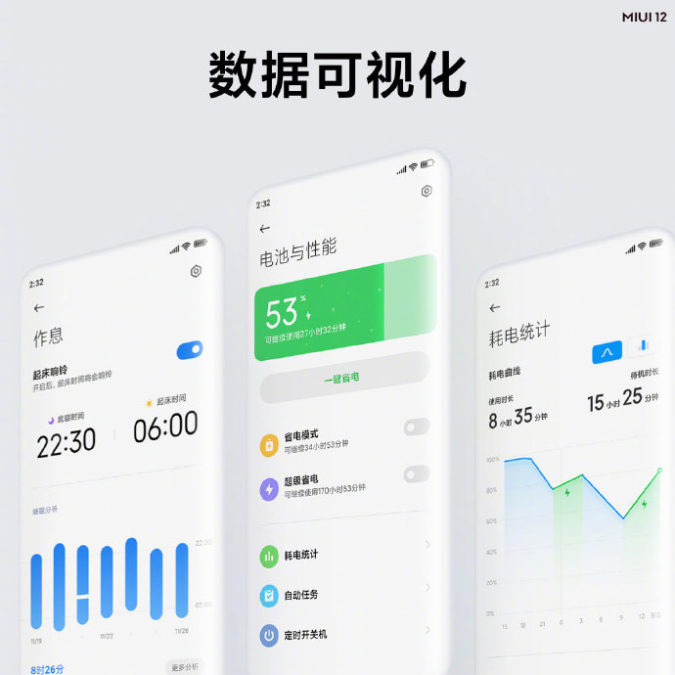 In MIUI12, Xiaomi has visualized the core system information, allowing you to see the status of the system at a glance. Xiaomi is calling this the new “Sensory Visual Design.” What this basically means is that now when you visit the Settings page on your phone or check out things like storage availability, you will see the system information presented in the form of graphs and visual diagrams, making it easier to understand and consume. You can see examples of Xiaomi’s new design in the images above. 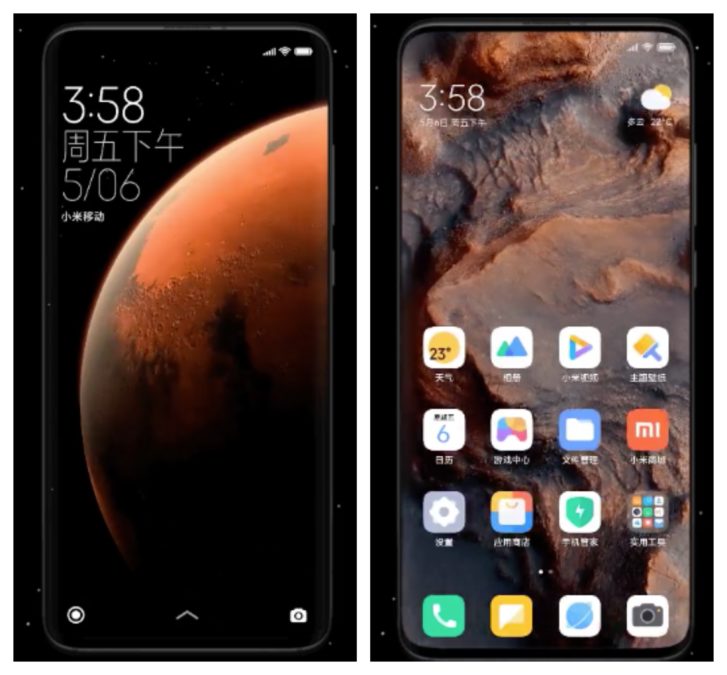 Xiaomi has also introduced “Super Wallpapers” with MIUI 12. The company has created high-precision animated 3D models of Mars and Earth based on available space exploration data from NASA. You will be able to set these Super Wallpapers on both your locked and unlocked phone screens. When the dark mode is turned on, the planet chosen by you for the wallpaper will also enter night time, thereby enhancing your visual experience.

Xiaomi has focused a lot on visual redesign when it comes to MIUI 12. The new skin will bring realistic weather animations and show real-time weather changes displayed in the form of a time-lapse movie on your screen.

The animation of app icons also gets a refresh. App icons will now generate real-time feedback based on your gestures. Xiaomi says changes in gesture direction and speed will cause application icons to react differently.

For instance, when you delete an application, the ripple animation will also affect the surrounding app icons.

MIUI 12 also brings some new gestures to your phones. For instance, you will be able to swipe down on the notifications panel to interact with a notification without having to abandon what you’re doing. You can also slide out the notification panel to expand it into a small window, which you can drag to the side for a split-screen effect. 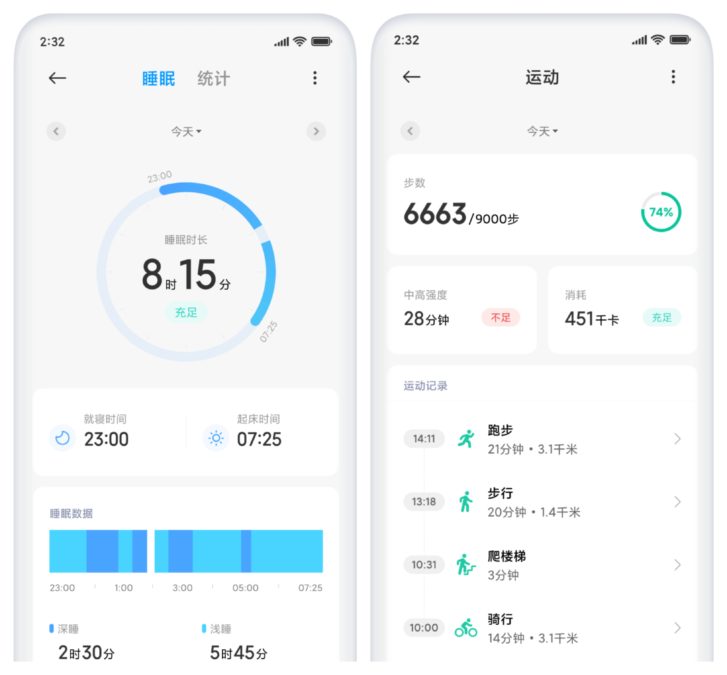 With MIUI 12, Xiaomi users will also be able to record activities like walking, running, cycling, and climbing stairs, by just keeping their phones in their pockets. Xiaomi says its uses a self-developed “AI motion behavior perception algorithm” to record accurate health data and also save power at the same time. 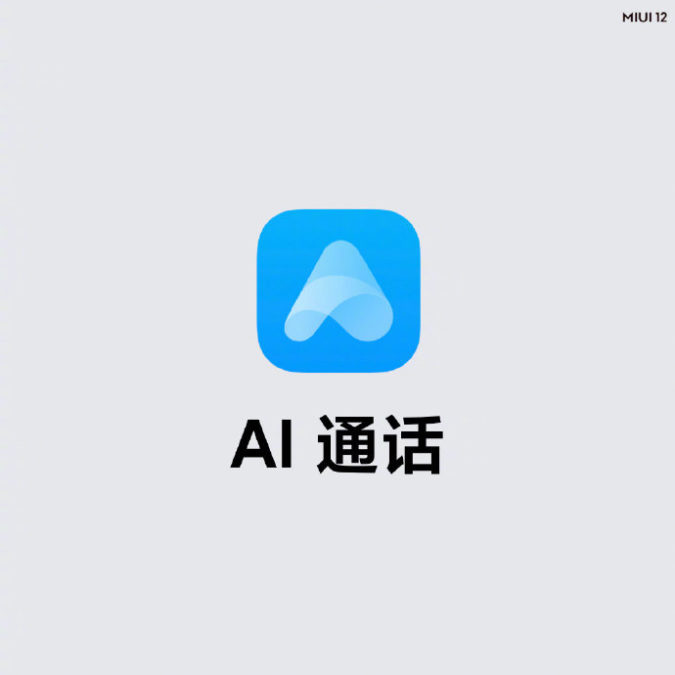 Xiaomi has been training its AI assistant — Xiao AI — to answer calls for users since last year. It’s similar to Google’s Call Screening feature which was introduced with the Pixel 3.

Xiaomi has now revealed that after half a year of testing, the AI ​​phone assistant has answered 4 million calls for closed beta users. With MIUI 12, Xiaomi has officially upgraded the AI phone assistant to a feature called “AI Calling.” With it, users will be able to customize the language in which they want their calls to be answered. They will also be able to switch between automatic or manual call answering. However, it’s unclear right now if the feature will roll out to users outside of China.

MIUI 12 also brings enhanced privacy features to Xiaomi phones. For instance, you can now choose to grant permissions to apps only once or only while you’re using them. Permissions will be revoked once you’re done using an app. For apps that don’t clarify the use of permissions on your phone, the “Always Allow” option will not be provided.

MIUI 12 will also help users keep track of app behavior. You will be able to view a record of how an app behaves on your phone, the information it collects, the other applications it uses, etc, all in one place. You’ll also get a clear reminder on the top of your phone screens when a sensitive permission, such as your location, is being used by an app.

Another feature Xiaomi refers to as the “Mask System” provides rogue apps with blank information and a virtual identity to protect user data for five permissions including contact lists, calendar, and call records.

Photo sharing will also be safer. Xiaomi says sensitive information such as device details will be removed from image files before you share them with anyone.

Xiaomi says that it’ll start rolling out the stable version of MIUI 12 by the end of June, 2020. Meanwhile, it’ll open the beta testing program in China today at 6AM ET.

The Xiaomi and Redmi phones eligible to receive the stable MIUI 12 update starting June include the following devices: