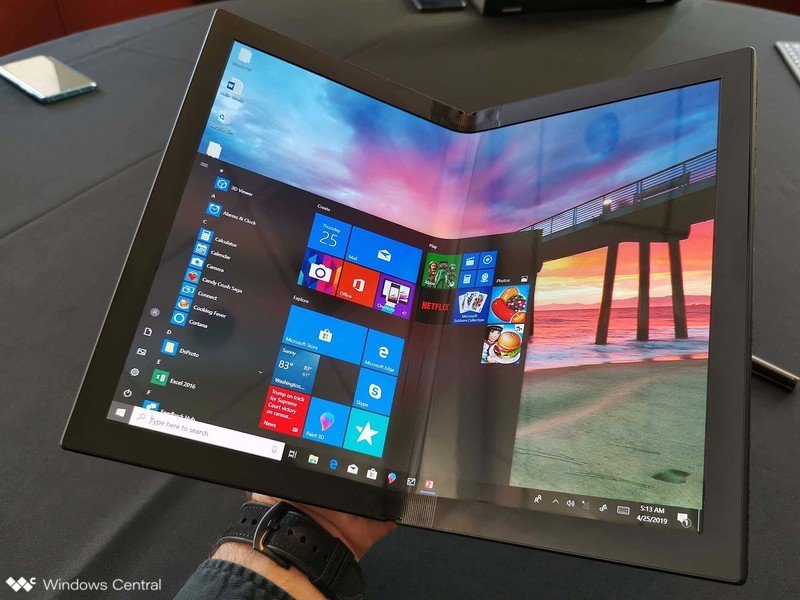 Foldable PCs are about to hit the market in a big way.

Intel has today announced a new foldable display spec for its PC partners that will enable new and unique device form factors with foldable screens. Intel says the first foldable PCs adopting this new spec will begin shipping this year, opening the door to a flurry of new and unique Windows PCs.

Foldable screens enable a number of new form factors and postures, including laptop, tablet, tabletop, journal, and dual-angle devices. We’ve already seen Lenovo attempt a foldable Windows PC with the Lenovo ThinkPad X1 Fold, but that device was met with lacklustre reviews because of the underpowered chip and unoptimized Windows 10 OS.

This year, new Foldable PCs with Intel will be shipping on Intel’s Evo spec, which includes Intel 12th-gen chips and focuses on being responsive, with instant wake, fast charging, and “real world” battery life. These new Foldable PCs will be in a much better place as a result, good news for Windows users looking for a new foldable PC.

That leaves Windows, which still isn’t in a great place regarding optimizations for foldable PCs. Perhaps we’ll hear more about support for foldable screens within Windows over the coming months. Microsoft is expected to ship the next major update for Windows 11 in the second half of 2022, which may be where we see more support for foldable displays arrive. 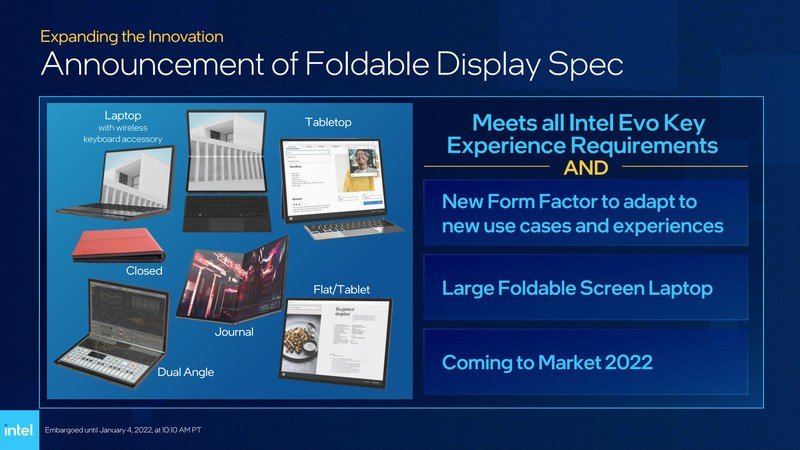 The success of foldable PCs will depend heavily on how Windows adapts to support them. Without any optimizations, foldable PCs will never be truly useful. Microsoft will need to work on updating Windows 11 with the right optimizations to make use of the many new postures that are introduced when your screen can fold.

Intel has been working with Microsoft and Samsung for some time on foldable technology. The companies were rumored to be working together on something called the “Horseshoe Bend Project” as far back as 2020, which coveres 17-inch Foldable PC standards. It’s clear that “foldable” technology is a focal point for a number of these big tech companies.

Microsoft had already attempted to ship a “foldable” PC, albeit with two screens instead of one foldable display, in 2020 with the Surface Neo. Unfortunately, that PC was canceled for a number of reasons. Perhaps Microsoft will try again with a single-screen foldable PC instead?

It’s clear that foldable screens are coming to the PC space soon. Intel anticipates more hardware makers will be announcing PCs with foldable displays this year, all powered by Intel chips. I’m curious to see if AMD and Qualcomm jump in on the foldable PC trend soon as well, as so far it seems to be just Intel pioneering this effort.