Do you know the Tower of Hanoi puzzle? This isn’t it – what it is is the mighty camera bump of the Motorola Edge 30 Ultra, all 200MP of it. Renders of a couple of other Edge models leaked out as well, a day before the September 8 event.

First, the Ultra. The camera bump has no less than three levels between the back and the top of the lens. If the Edge 30 Ultra is the global version of the Moto X30 Pro as it is believed to be, this means that the camera stack includes 200MP main camera, 50MP ultra wide and a 12MP telephoto (2x).

Impressively, the large 1/1.22” main module is optically stabilized. You can get a better look at the camera trio in the renders below. We’re also including official X30 Pro images for comparison. 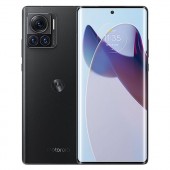 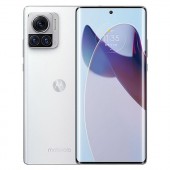 Next up, the Motorola Edge 30 Fusion. This one is expected to be a global release of the Moto S30 Pro and renders have leaked before. Both the Edge 30 models will have 144Hz OLED displays and Snapdragon chipsets – 8+ Gen 1 for the Ultra and 888+ for the Fusion. The Fusion will have a much more modest camera setup of 50MP main, 13MP ultra wide and a 2MP helper.

Finally, a look at the four colorways of the Motorola Edge 30 Neo, including the eye-catching Very Peri option. The Neo will be smaller than the other two and less powerful too, a Snapdragon 695 is expected to be at the helm.

Check back with us tomorrow for the full report on the new Motorola Edge 30 models, the event will start around 15:15 UTC.