Now Winfuture, who always have their finger on the pulse of these things, have posted some further specs.

They exclusively revealed that the screen will once again be 10.5 inches, unchanged from the previous model. It will feature a magnesium alloy casing and the usual fold-out Surface stand.

They also confirmed that the leaked benchmarks are indeed real. 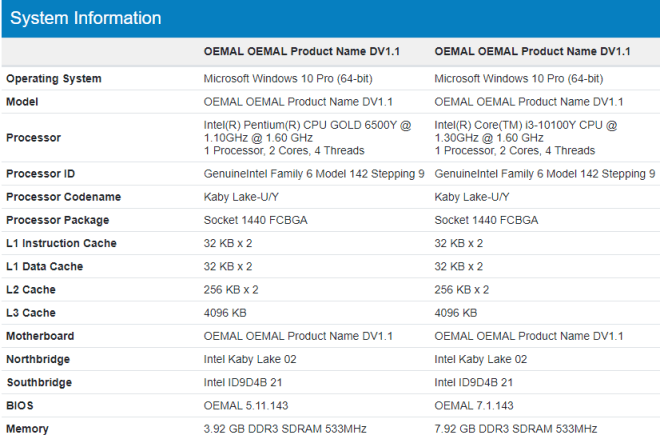 For the high-end Intel Core i3-10100Y version, the performance improvements are less dramatic. In single-core tests the new device is only four percent faster and in multi-core tests, it is only 11 percent faster.

This may be because the Intel Core i3-10100Y processor is not a real Core i3 processor but actually belongs to the energy-saving low-end SoCs of the “Amber Lake” Y series.

The devices are expected to appear at Microsoft’s upcoming Surface event on the 22nd of September, and Winfuture notes they may be the centre of the event.