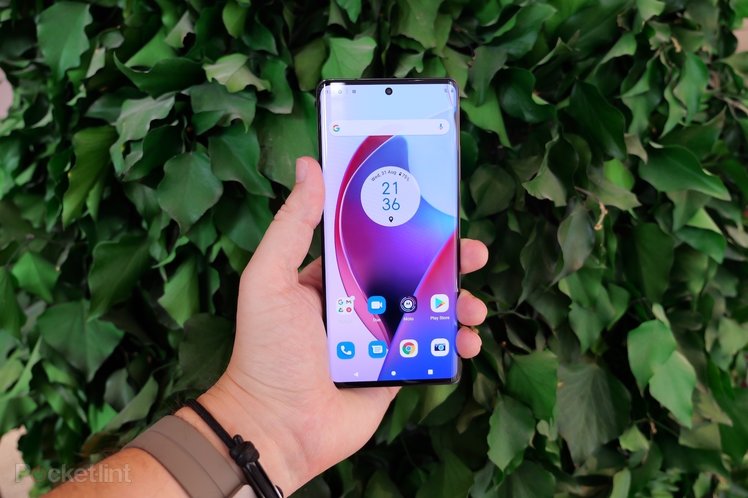 There’s been a lot of buzz around the Moto Edge 30 Ultra this year, although for a good chunk of that time, we didn’t know its name. The phone – previously referred to as the ‘Frontier’ – was going to be one of the first to ship with Samsung’s 200-megapixel camera sensor.

Having already launched in China as the X30 Pro, Motorola finally announced that it will be coming to Europe and the UK as the Edge 30 Ultra. We’ve had our hands on this new flagship phone from Moto to see what it’s all about.

Unlike a lot of other manufacturers in 2022, Motorola has decided to use a design reminiscent of flagship phones from a couple of years ago, and for good reason. Rather than jumping onboard the trend for completely straight, flat edges, Moto curved the glass on both the front and the back of the phone.

The end result is that that phone – while quite large – feels slimmer and more comfortable in the palm. That’s only helped further by the soft, matte glass texture on the back. Both the Interstellar Black and Starlight White colour options have this texture too, so there’s no slippery, shiny model. As a bonus, it means no obvious fingerprint smudges. 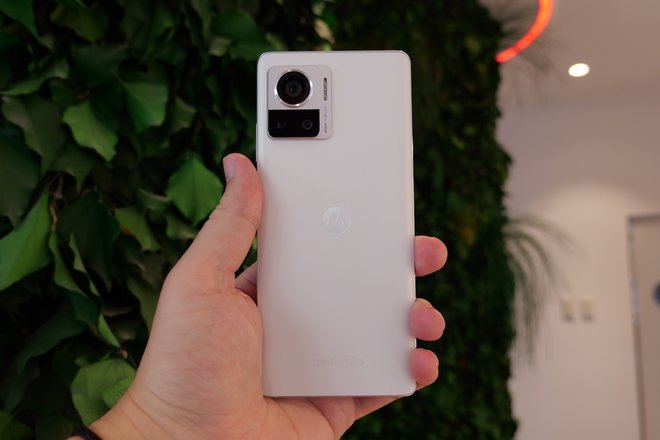 Overall, just from having a short time holding it, it feels like a design that should appeal to a lot of people. If you want a big-screened phone, but don’t want to feel like you’re holding a brick, it could be worth considering.

Similarly, the design and layout of the cameras is well considered, reminding us somewhat of the Xiaomi 12-series design from earlier in 2022. It protrudes, but it’s clean, with the lenses nicely arranged symmetrically with a purposeful and minimal look to the rounded square housing that surrounds the lenses.

Otherwise, it’s a fairly standard affair featuring the textured power button and volume controls in the very skinny aluminium frame up the right side. It also features the usual SIM tray, USB-C port and speaker on the bottom edge. Water proofing isn’t as strong as some of its rivals however. With IP52, it should survive minor splashes/spray, but will not want to be submerged or caught in heavy rain.

Like the design, the display ticks a lot of the right boxes. It’s a big 6.67-inch OLED-based panel. It’s fullHD+ resolution – which is fairly standard – but it features refresh rates up to 144Hz, giving you super smooth and sharp visuals in areas of the interface and in games/apps that support it. 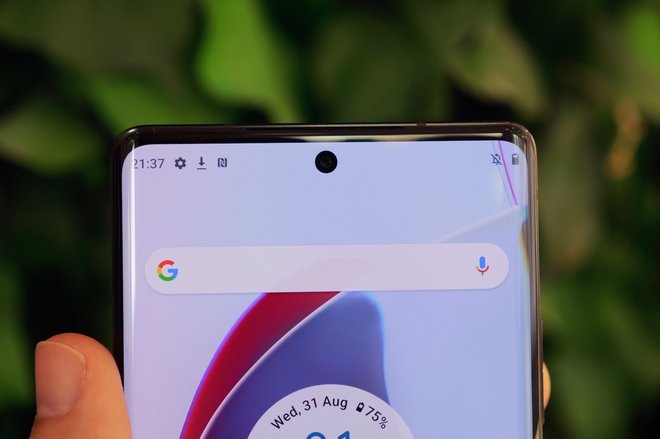 There’s support for 10-bit colour, which means over 1 billion colours, as well as HDR10+ compatibility. That means it should be a very dynamic, sharp and contrast-rich display. We’ve only spent a short time with it so far, so won’t jump to conclusions and will evaluate it more thoroughly once we’ve had some more time with it.

It’s got really skinny bezels though, a look which is enhanced further by those aforementioned curves in the glass, and the tiny hole-punch cutout for the selfie camera means there’s nothing really that gets in the way of that screen.

On the software side, it runs Moto’s version of Android 12 which – for the most part – is the same version you’ll find on Google’s Pixel phones. It’s pretty close to ‘stock’ Android, but still has a few Motorola tweaks here and there.

As well as that, there’s ‘Ready for’ which gives you software tools designed to make it easier to connect your phone with a bigger screen – whether it be a TV or PC. With the latter you can drag and drop files from phone to computer, see notifications and share your live screen video from your phone. 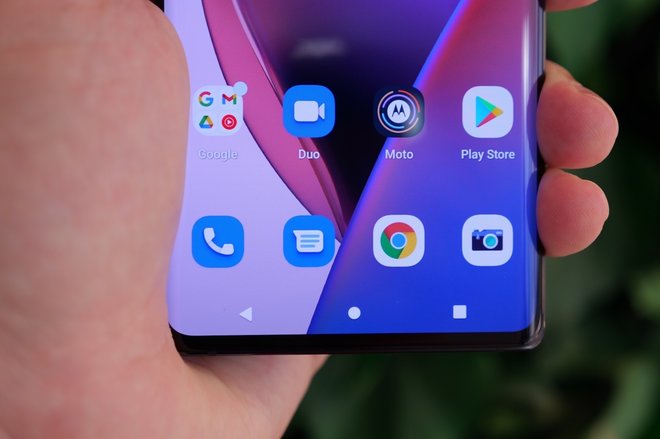 Motorola has said the Edge 30 Ultra will get 3 major software updates, which sounds great, until you remember it launches running on Android 12, and Android 13 has already started its rollout. However, you will get four years of security patches.

All the top Android phones launched towards the end of 2022 have one thing in common: the Snapdragon 8+ Gen 1. It’s the most powerful Qualcomm chipset available, and means you get a lot of power and speed, and better battery efficiency than what was offered by the 8 Gen 1 that came before.

When you combine that with 12GB RAM and 256GB storage, you have everything you need for a proper flagship experience. At least, on paper. Again we’re going to need more time with it to test it in real day to day usage. 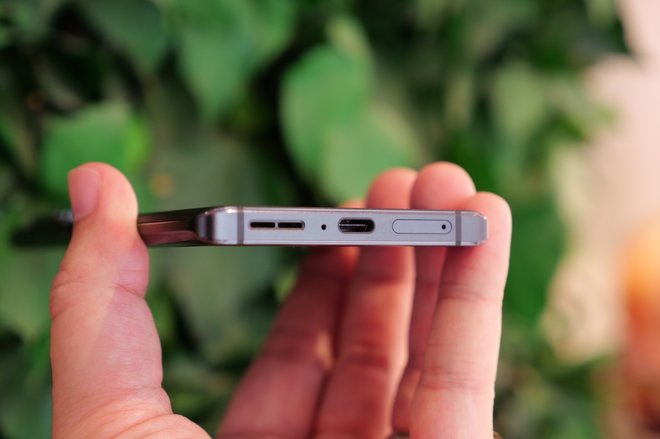 It’s not just the overall performance that’s speedy either. Motorola – like Oppo and Xiaomi (and their respective sub-brands) – has launched a really fast charging system. At 125W, the latest iteration of TurboPower can completely refill an empty battery in about 20 minutes. Motorola also says that seven minutes is enough to give you a day’s worth of power. It’s fast.

The charger comes in the box too, which means not having to buy an additional product to make the most of those wired speeds. If you want to take advantage of the phone’s 50W fast wireless charging speeds though, you’ll need to fork out for the proprietary wireless charger from Motorola.

We’ve known for years that merely pushing up the pixel count on a sensor doesn’t make for better images. And so it’s with some curiosity and scepticism that we approach the 200-megapixel sensor in the Moto Edge 30 Ultra’s primary camera.

It is a pretty large sensor at 1/1.22″, and when shooting automatically, it doesn’t try to use all of those pixels individually. Instead it uses what it calls a ‘quad pixel technology’ which is – essentially – pixel binning, where pixels combine to form one, bigger pixel to draw in more light and product better images. 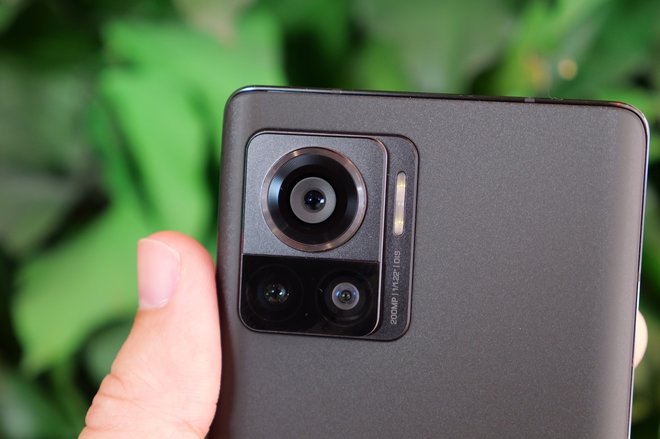 You can – of course – still shoot using all the 200 million pixels individually if you want to, which means you can crop in to images quite far without losing lots of detail. Or – at least – that’s what Motorola says. We’ve not tested it yet, and so it’s difficult to judge whether jumping on this mega sensor has been worth it.

What’s more exciting is that instead of following its usual pattern, and the pattern of so many other phone makers, it hasn’t added multiple lenses with no real purpose to the back of the phone. You have one primary camera, a 50-megapixel ultrawide and a 12-megapixel portrait or telephoto 2x zoom lens. There are no junk 2-megapixel sensors anywhere. Even the front camera features a 60-megapixel image sensor.

What’s interesting about the 2x zoom lens is that instead of positioning this as simply a way to zoom in, it’s advertised as a portrait lens. We think it’s a smart move, since – for a lot of images – the 2x zoom camera in most phones makes for a great portrait camera. 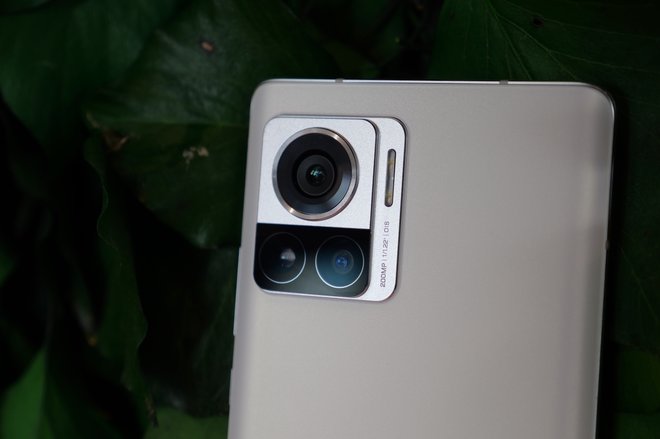 To make the most of this, Moto gave it f/1.6 aperture, which it says means you get more effective depth of field effect and background blur, further helping you to separate the portrait subject from their background.

As for the ultrawide, that’s also equipped with a quad-pixel technology, but also works as the phone’s macro sensor, letting you get really close (up to 3cm) to your subject. Perfect for shooting really small details and close-ups.

We’re looking forward to taking the camera system through its paces later on.