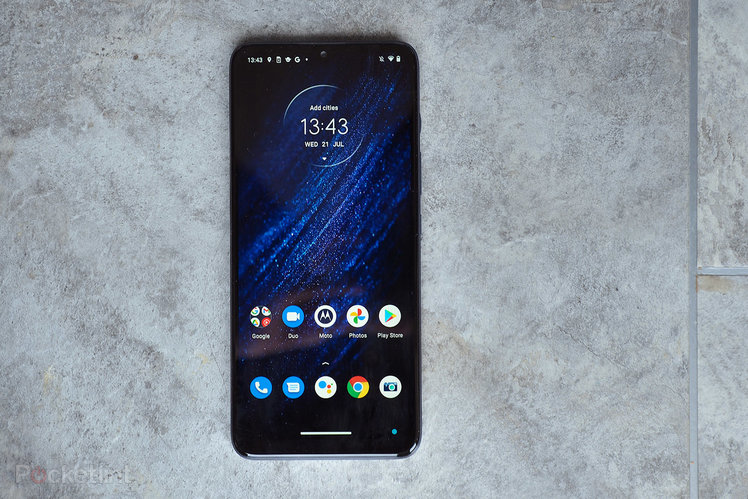 When Motorola realigned its G series, the whole idea was ‘higher number, higher spec’ in order to make understanding the benefits of one handset over another that bit simpler.

At least that was the theory. But it’s already gone out the window, as the Moto G50 goes to show: this affordable phone certainly has attractive points about it, but it’s got a lower-tier processor than the G30 below it, and cuts back on the camera setup too.

So what’s the deal? Well, the G50 is all about upselling 5G. Its positioning is simply to offer the prospect of faster connectivity – so if you’re in an area where there’s good network coverage then that’s great. But can that feature alone, given the increase in price and general drop in spec by comparison, really see this G series model shine?

Visually speaking you’ll struggle to differentiate the G50 from the G30. There’s slivers of a millimetre here and there, but fundamentally the design is much the same; simple and straightforward. It’s not a premium handset by any means, given its plastic frame and rear panel, but that’s part and parcel of a budget phone. 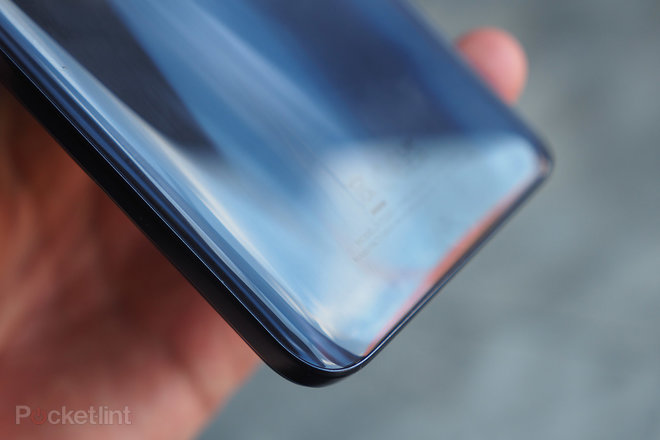 Shown here in ‘Steel Gray’, there’s nothing outlandish about the finish. Although we see that as a positive, really, as there’s no psychadelic colourway – the G30 had a Pastel Sky option (read: pink and green) that looked ghastly – to distract from what’s important. The plastic finish isn’t too bad in coping with fingerprints either, which is a surprise given it’s such a smooth finish.

From the front the Moto G50’s screen has fairly minimal bezel, with a familiar teardrop notch to the top where the selfie camera lives. By default the Android 11 software offers gesture navigation, so there’s no soft-keys eating up real-estate at the bottom of the screen (unless activated within settings).

Just like the G10 and G30, Motorola equips the G50 with a 3.5mm headphone jack, an on-board microSD card slot for expanding storage, and a neatly integrated fingerprint scanner to the rear that’s well positioned for ease of use. There’s even a Google Assistant button – hence the trio of buttons to the right side – to utilise voice commands if you so wish (we didn’t, finding it an unnecessary additional button).

The G50 comes complete with a 90Hz refresh rate screen, matching that of the G30, while bettering the 60Hz panel found in the Moto G10. Which sounds all well and good – because that’s a 50 per cent improvement in cycles per second, for a smoother visual experience – but, actually, it would have made more sense for this particular model to have featured an extra something – resolution and/or refresh rate – to help set it apart from the lower-spec pack. 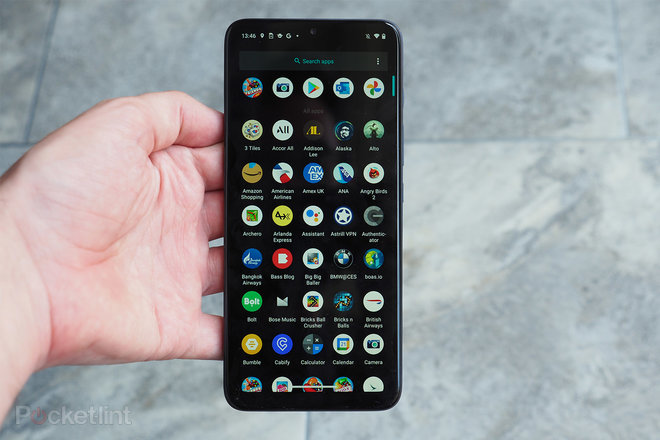 While the HD+ panel here is just fine, it’s not the most deft when it comes to finer detail in games. And while Motorola has generally got better with managing screen auto-brightness, the top-end brightness of this particular panel isn’t going to blow your socks off – and it’s a bit reluctant to max out when we often think it should. Still, the colours pop thanks to it being an OLED panel type, so it’s a solid enough contender at this price point.

Aside from offering 5G connectivity, most aspects about the G50’s feature set are a step down from the G30. There’s 2GB less RAM. The battery capacity, while the same, charges a little slower. And the processor, Qualcomm’s Snapdragon 480, is a tier lower than the 600 series found in the G30. 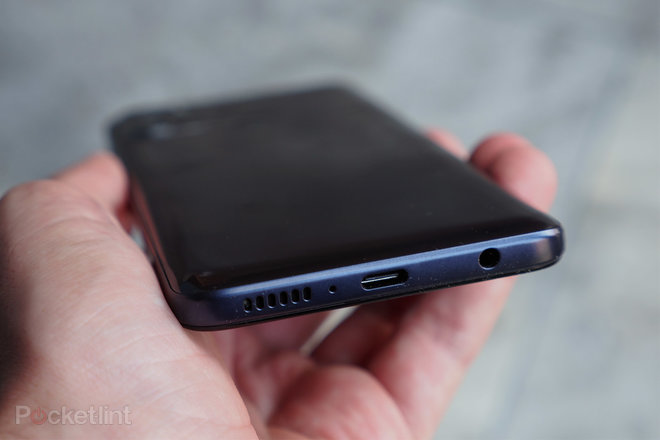 Thing is, that SD480 is the newer platform and that – despite having fewer high clock rate cores – actually puts it on par or above the SD662 when compared directly. The main issue we’ve had with it isn’t inability – games don’t chug along, as the frame-rates have appeared fine – rather the slower speed of loading.

And despite the G50 having 5G – we don’t network coverage at home, so it’s only been of use when heading into London town – the Wi-Fi isn’t the quickest going compared to some premium handsets. Not super slow, just at odds with such speedy mobile connectivity being part of this package.

The choice of that processor does play nicely with the large-capacity 5,000mAh battery that’s on board though. We’ve found the G50 to push through a day – with several hours of screen time, some of which has been gaming – and still have 50 per cent power remaining by bedtime. Shame the 15W charging isn’t as speedy as some others.

In terms of software, it’s Google’s Android 11 on board. Motorola has its own app, called Moto, which adds some handy tips, display, gestures, and gaming controls – but that’s your lot and it doesn’t get in the way of daily tasks by any means. The software is clean an smooth and we’ve been impressed by how well the Snapdragon 480 manages to handle it. 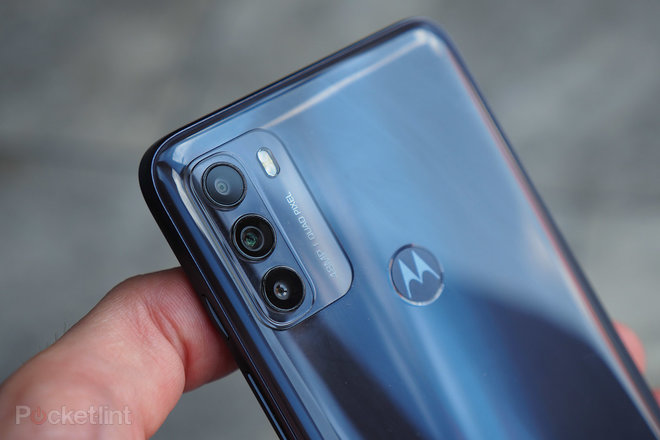 The G50 still persists with multiple lenses that you just don’t need though. There’s a 5-megapixel macro lens for close-ups that’s maybe sorta-kinda fun – and thankfully not the throwaway 2-megapixel sensor that’s so often used – but just not really that useful much of the time.

Which makes for an odd collection of lenses on this phone. Even the main sensor (48-megapixel) takes a resolution downgrade compared to lower-spec G-series models (with 64-megapixel), and although its results are fine, it’s just not the very best experience going – and the app is still pretty slow.

The overall results aren’t disappointing, per se, as the camera functions in a straightforward enough way and will deliver in capture. They’re not massively consistent though – colours can be bright in some shots, muted in another, with colour balance often a little skewed.

To think of this handset as the mid point of Moto’s G-series just doesn’t do its camera setup justice.